If Our House Be On Fire 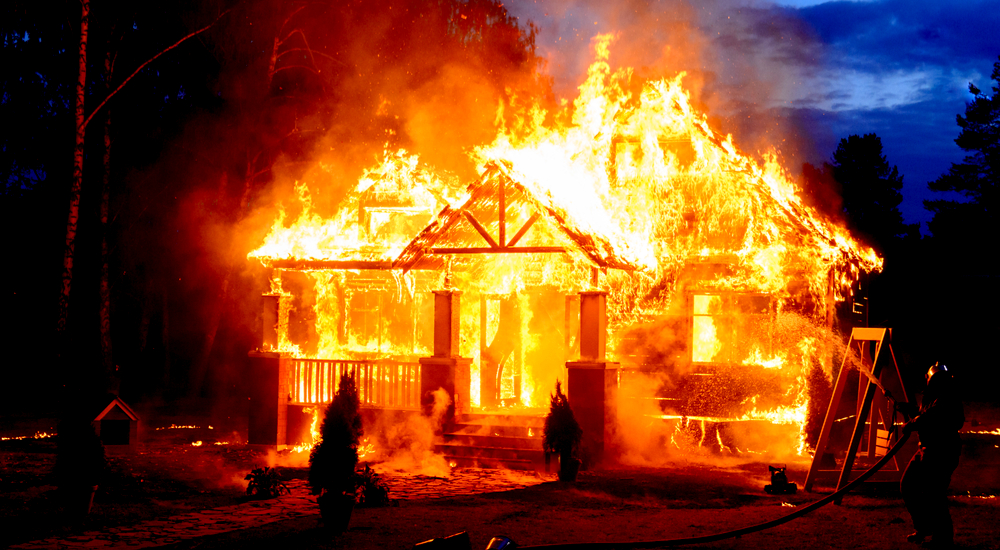 The Somalian pirates have once again sailed into North American waters.  But instead of kidnapping coastal dwellers for slavery or taking a bounty to enhance their wealth, from the 16th century onwards (and again in the 2000s), they are here to continue the process of taking land, America from Americans for Islam and Israel from the Jews for the self-proclaimed “Palestinians.”  For centuries, the legacy of Muhammad’s raids  has been the acquisition of land and booty/wealth (Maal-e-Ghanimat), gizya (extortion/tax) from the conquered people, and modern-day welfare, such as the annual £25,000 ($33,009) received by Islamic preacher Anjem Choudary in Britain, who urges other “jihad seekers” do the same.

Salafi scholar Abu Ishak al Huweini lamented, “If only we can conduct a jihadist invasion at least once a year or, if possible, twice or three times, then many people on Earth would become Muslim.” He added that if they could not confiscate the wealth, they would kill the men and kidnap and enslave their women and children.  American cleric Anwar al-Awlaki instructed that the disbelievers’ property is never rightfully theirs, and maybe forcefully “retaken” for Islam, a belief system that supports the Islamic right to anything they want – Europe, America, and Israel, home to the Jews for more than 3,000 years.  Islamists continue to disregard the Jewish kingdoms, a sovereign Jewish state, and continuous Jewish presence in the land, Biblically documented and archaeologically verified.

It was therefore not surprising, except to those who failed to notice the sharia-compliant hijab and oath of office sworn to Allah on the Qur’an, that Somalian-born Ilhan Omar (D-MN) can so boldly deny Israel’s historic and legal rights to exist.  And if she can make headway in Congress while also undermining the American government and people’s inalienable rights, so much the better.   Her recent proposal, bound to be superseded by yet another jab before this goes to print, was, “We must acknowledge that [Israel] is also the historical homeland of Palestinians.”  That is not the case.  There is absolutely no evidence of a Palestinian history before 1967 AD!  Those who assumed this false identity were the Egyptian, Iraqi, Lebanese, Jordanian and Syrian squatters who went in search of work in the flourishing Israel and who were ill-advised to vacate the land by the invading Arab armies, expecting to return after the Jews were annihilated.  They were to be disappointed.  Weakened and isolated as pawns in Gaza, Judea, and Samaria, they began an unceasing political, psychological, and propagandist war of conquest in the court of world opinion.  While such attempts at land acquisition may differ from country to country – from Africa, India and the Middle East, to Europe, Australasia and America – let us not delude ourselves into thinking they’ve suddenly amended their 1400-year-old ideology.  They have not.

The Four Stages of Islamic conquest have been delineated, and it might be prudent to take a moment to review them now, as each stage reveals the clear pattern of their strategy.  The list unmistakably shows that we Americans are deeply entrenched in Stage #2, identified as the Consolidation of Power, including, for our purposes here, revisionist efforts to Islamize history – with a foothold into Stage #3.

Ilhan Omar has been dedicated to criticizing Israel and attempting to inspire compassion for Palestinians who, she suggests, are suffering the same “inhumanity and suffering” seen in the Somalian civil war.  Certainly not, as those “unspeakable horrors” are Muslim against Muslim.   Palestinians have eschewed peace, consistently rebuffing Israel’s every offer of permanent peace, even when they were offered 97% of the land they wanted.  Rather, they bind their children in explosives, teach their children to hurl missiles and incendiary balloons and wield a sword for beheading, instead of engaging in life, liberty, and the pursuit of happiness enjoyed by Israelis.  Palestinian suffering is self-imposed.

Islam is responsible for 34,751 terrorist attacks since 9/11, and 25 attacks (149 killed) in 12 countries during one week in March 2019 alone.  There is not a shred of evidence that Palestinians could live peacefully next to Israel since their children are immersed and engaged in jihad beginning with their toddlerhood.

Omar further rued, “Without a state, the Palestinian people live in a state of permanent refugeehood and displacement,” yet it is their own brethren and leadership who placed and kept them in refugee status for Western sympathy, they who have refused statehood and peace, they who continue to wage war against Israel, they who sorely mistreat even their own, particularly girls and women.  They show no sign of interest in reverting to democracy where even their own people might live harmoniously.  The threat against regional peace comes from those who carry out the will of Allah and Mohammed, as well as from the diminutive, ungracious and hostile Omar, who thinks nothing of denigrating the President of the one country that granted her refuge and comfort, America.  And so we have Stage #3: Open War with Leadership and Culture, which reflects on the combined efforts of Islamists and the left.

The characteristics of Stage 3 are open violence to impose sharia and associated cultural restrictions; rejection of the host government; subjugation of other religions and customs.  Some are already in effect:

Stage #3 also includes removing influential personalities from the media (Glenn Beck, Judge Jeanine Pirro).  Islamic militias formed for widespread ethnic cleansing; large groups of able-bodied men assembled in any of the more than 2,000 mosques, of which 80% (1700) are known to be preaching hate and violence against Jews, serving as jihadist recruitment and training centers – and as armories.  Also listed are large-scale population destruction, assassinations, bombings; usurpation of government’s political power, the imposition of shari’a, mass execution of Muslim intellectuals who do not support Islamization.

Thomas Jefferson, the first to encounter the Somalian pirates, said, “It is our duty still to endeavor to avoid war.  But if it shall actually take place, no matter by whom brought on, we must defend ourselves.  If our house be on fire, without inquiring whether it was fired from within or without, we must try to extinguish it.”

Later generations will not thank us for letting the fire take hold.