If Hakeem Jeffries Wins Race for Democrat Leadership, it will be yet Another Lurch to the Hard Left 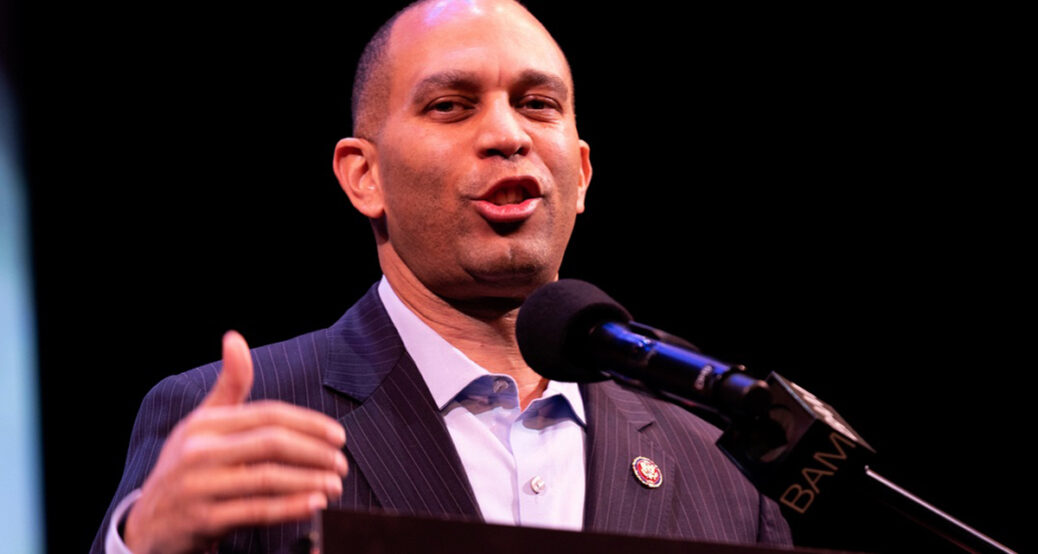 New York Democrat Hakeem Jeffries is vying to replace left-wing Nancy Pelosi as leader of House Democrats. And if he does, he will represent another lurch to the extreme left.

With Democrats even remotely considering Jeffries for a leadership role shows that the Democrat Party is far, far out of the mainstream. Too far left for the American people.

But what you won’t hear much about from the fawning press when it comes to Jeffries and the “historic” nature of his presumptive upcoming role as House Minority Leader is that he is – by the Democrats’ own very convenient definition – a threat to democracy. An election denier who routinely tries to delegitimize and undermine “our sacred institutions,” as Democrats have often referred to the courts and the democratic process.

Jeffries has also equated pro-life conservatives to a “cult” and wrote during the Kyle Rittenhouse trial when it became abundantly clear that Rittenhouse’s actions were in self-defense that he should be locked up with the key thrown away.

In short, the “new generation” of leadership among Democrats in the House is pure woke. Perhaps not as woke as AOC, but woke enough to give Democrats plenty of nightmares for Republicans to exploit in the weeks and months to come.

Hakeem Jeffries is a threat to our democracy who denies the legitimacy of the Supreme Court https://t.co/gv9JPMZtNf pic.twitter.com/vW9sMaZ0hh