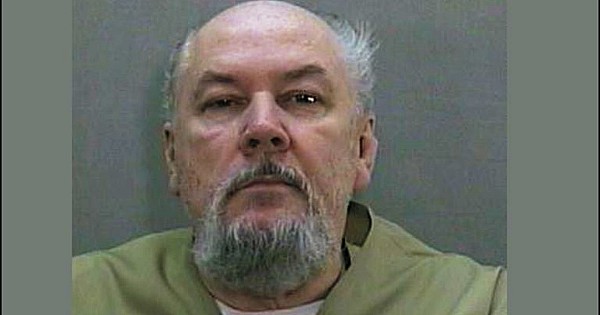 At work a couple of colleagues were talking about the Iceman, Richard Kuklinski; this writer had never heard of the murderer – for hire… What prompted their discussion was a report that found a new victim of John Wayne Gacy… As these gentlemen spoke we asked a number of questions, and the individuals related that they had listened to interviews of Kuklinski by a number of members of the psychological-psychiatric community; according to these interlocutors, Kuklinski was not restrained by feelings of remorse or pangs of conscience. So according to these men – the “shrinks” intimated, post-interview of the Iceman – that Kuklinski’s disregard for “normal” human sentiment allowed him to so efficiently murder whoever he so desired. Thus, Kuklinski was so good at murder because Kuklinski hadn’t any sentimental restraint.

The interest of this writer – regarding Kuklinski and the shrinks – is their attributing the lack of normal (normal is a pragmatic term of the social-disciplines, since normalcy is merely a social-construct, according to their discipline) human sentiment as not restraining Kuklinski as he plied his trade, thus rendering him such an effective hit-man/murderer (And the lack of emotion is a well-worn psychological causal explanation for such monsters as Kuklinski). So the argument is that certain sentiments restrain, and the lack of certain sentiments liberates/enables; then why are not the social sciences concerned with determining how to engender sentiments which restrain?

Wouldn’t it be in the interest of the social-scientist to determine what may foster – within a population – sentiments of restraint? Certainly, emotions/sentiments are – by definition malleable and transient – so shouldn’t the social-scientist be interested in identifying what conditions may impose upon a population – as well as an individual – a hard-limit/s? By “hard,” we mean a condition wherein the social response to certain behaviors is utter intolerance… Erstwhile such was the condition and the response to the violation of the 6th Commandment (i.e., “Thou shall not murder!” note: “Thou shall not kill!” is argued by scholars of ancient Aramaic/Hebrew to be a bad translation…) was, in fact, intolerance (i.e., the death penalty or life-in-prison) so why don’t the social-science disciplines advocate moral absolutes? Another topic for another blog-post…

We assert that if an individual holds – intellectually – that human life is intrinsically valuable, then that human will be restrained in their conduct, and their sentiments will develop in conformity to that knowledge; consequentially, all social institutions (i.e., family, Church, educational curriculums & schools, businesses, the Judicial-system, the social-sciences etc.) should aim to reinforce such i.e., should all incessantly proclaim human-life sacred. Here we should note that the social-sciences implicitly encourage the very opposite; such is very, very good for their business! Although that is not their primary motivation for discouraging teaching human-life sacrosanct (their discipline repudiates that view) or the eternal verities from which the sanctity of human life is derived; these “sciences” cannot render – as “scientifically meaningful” – abstract principles of morality; thus such principles are disregarded and the social-creature (humans) are evaluated regarding what social-bonds do (what is organically given, rather systematically taught) limit human behavior. These “sciences” consider it beyond the scope of their discipline to make claims of “ought;” eschewed is a systematic approach regarding character development for social, social interaction… Society’s takeaway should be to consider moral guidance from the social-science disciplines to be inimical to enduring social-relations, and thus be avoided at all costs!

The principle that human life is sacrosanct is no less a certainty than 2 + 2 = 4! It is not the sentiment that restrains human conduct; it is the principle-of-morality which informs the human-will which establishes a soul (a psychology) opposed to murder, or a soul un-opposed to murder. The human will may be turned by sentiment, but the intellect cannot be made to assent to a contradiction (i.e., Once the intellect holds right and wrong to arbitrary, the only restraint possible is one of practical necessity which is ephemeral). Human relations may fortify – or weaken – the sentiment/s, and thus the will, which attend principle, but they no more alter the intellects agreement – regarding the sanctity of human life – than human relations alter the acknowledgment that 2 + 2 = 4…

Of course, addition (mathematics) is not a determination of sentiment, but then neither is morality! Society has an interest in knowing – and in teaching – mathematics and so mathematics is taught! Society formerly understood it had an interest in knowing and teaching objective morality, viz: it advanced domestic tranquility and the other principles of the Preamble of the Constitution of the United States! But rational social institutions (those anticipated by the Constitution of the United States of America) have been replaced by the “scientific” social institution; such institutions accord with a “living” Constitution which is a vehicle for gradual despotism.

Before humans derived – from objective reality – a systematic understanding of quantitative and/or logical relations, humans could disagree – and likely often did – on some of the simplest relations regarding quantity (mathematical operations). Morality – as a system, like formalized mathematical systems – too, allows one to avoid the error/s of some of the most natural errors regarding human relations and human conduct. And like mathematics, in order to know what is error (immoral), one must one study, and/or have reliable guides regarding what one is obliged to do, and what one is obliged not to do, but deference to “science” – even among moral-philosophers – has reduced ethics to confusion and dispute… Many among the ranks of modern “philosophers” have allowed and accepted (tacitly or explicitly) an unwarranted, and anti-philosophic a priori “scientific” prescinding be imposed upon ethics … Thus, modern “ethics,” and the modern ethicist, does not treat “Man;” instead they treat that which survives the bed-of-Procrustes which Man is forced to lay upon…
We note that a society which decides to tolerate certain instances of murder e.g., abortion, can no longer make a cogent argument (i.e., a forceful logically consistent argument) against – not only murder but against any number of other anti-social behaviors; such a society is destined for dissolution, and such a society should expect to create more Richard Kuklinski’s as a part-n-parcel of that ongoing decay.