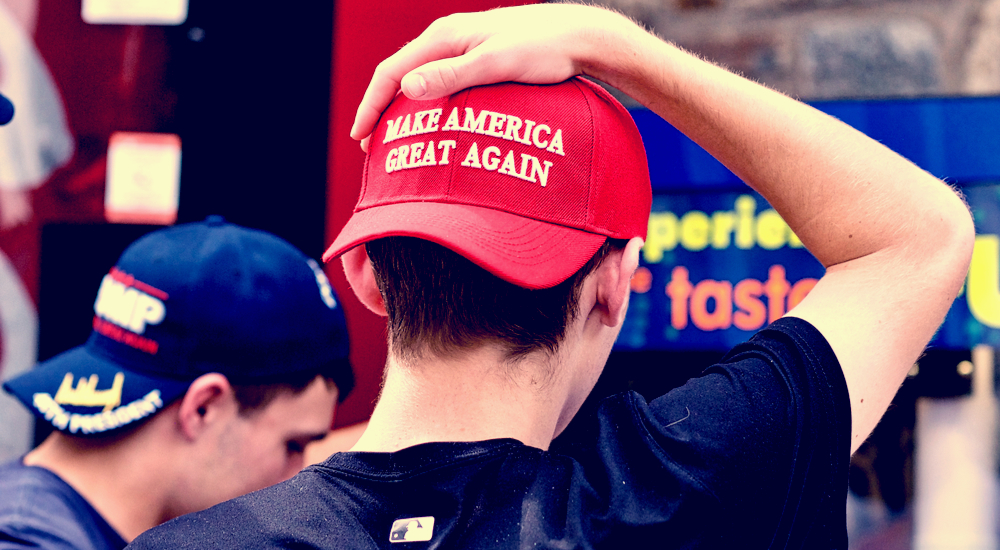 Quoting the Pointer Sisters’ song, “I’m So Excited”, my “Trump 2020” cap arrived in the mail. I am not a red cap wearing kind of guy. But desperate times require desperate measures. Trump must be reelected.

For over 2 years, the deep state attempted a silent coup to remove Trump via the Mueller special counsel. Their illegal scam failed. Without fear of punishment for their crimes, the enraged deep state is now trying to remove Trump by absurdly claiming he obstructed justice. These people are relentless and evil.

If Trump is not reelected Democrats will pass a law to kill babies after they are born. Sharia Law will gain more strongholds in our culture. Our economy will tank due to job-killing crazy green policies. Single payer health-care will empower Democrats to dictate who lives and who dies. The LGBTQ agenda will be forced down our throats. Reading and quoting the Bible will be illegal. These are not exaggerations folks. All of these anti-freedom and anti-Christian initiatives are being pushed right now by Democrats. President Trump is the main obstacle courageously standing in their way.

The Democrats have become the party of full-blown lawlessness. Democrat controlled sanctuary cities boldly break our immigration laws. Democrats encourage illegals to break our immigration laws at the border. Jussie Smollett broke the law by staging a fake hate-crime attack on himself. Insidiously, the NAACP Image Awards (Democrats) have nominated Smollett for an Image Award.

Given this climate of unpunished Democrat lawless behavior, leftists feel embolden to physically attack Trump supporters with impunity. Democrat anarchists are beating up seniors, women, blacks and anyone else caught showing support for Trump.

While in Walmart, I saw a wheelchair-bound elderly white gentleman wearing a white MAGA cap with gold stars on it. I said, “I like that hat.” With a grin, he stuck out his hand and said, “You’re alright partner!” We enthusiastically shook hands. His wife pushing his wheelchair smiled.

My wife Mary shot a short fun video of me celebrating the arrival of my “Trump 2020” cap. Please enjoy: https://youtu.be/N6SGHUijaWQ