I can’t Believe in such a Cruel and Capricious God 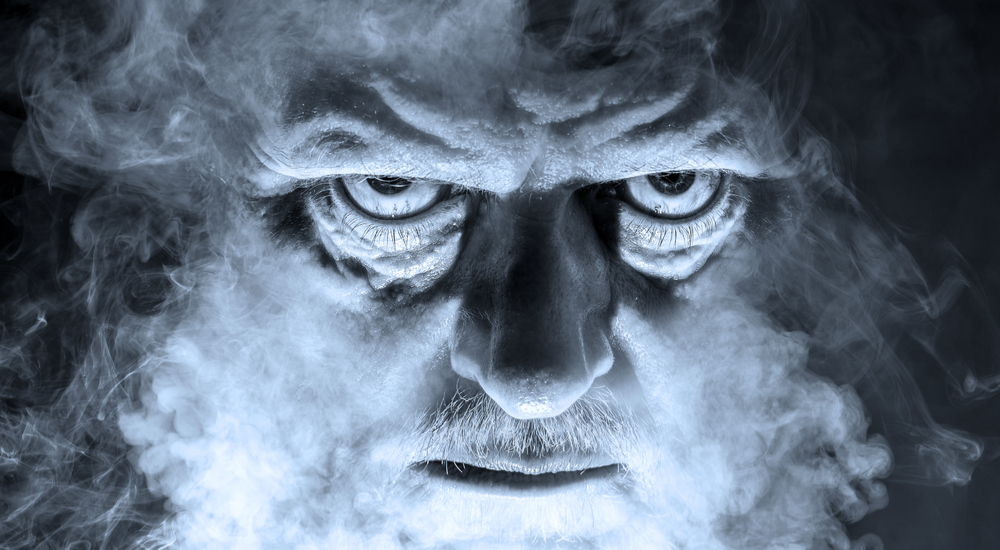 A common atheist argument is that they cannot believe in God and the Bible because the rules that the Bible says God expects people to follow are primitive and out of date and because the God of the Bible is cruel and capricious. Christians usually reply to this argument by saying that the atheist has misunderstood what the Bible is commanding, or that the Bible is not condoning an evil but simply recording that it occurred, or by explaining why what God did in some case is, in fact, good and right.

I have a different response. I say, Duh, what? Are you even thinking about what you are saying before these nonsense words come out of your mouth?

Suppose that we concede the premise: God, as described in the Bible, is as bad as Hitler. How does that prove that he does not exist? How is that any evidence at all that he does not exist? Suppose someone told you that after reading in a history book about how cruel and evil the actual Hitler was, he has concluded that Hitler did not exist because he refuses to believe in someone so cruel. Would that be rational? Would that even make sense?

“God is evil” only leads to the conclusion “God does not exist” if you start with the assumption that the universe must conform to your ideas of how things ought to be. And that’s a ridiculous assumption. The only way one could assume that the universe is a place where good and justice must inevitably prevail is if you believe that it is created and controlled by a good and just God. But that is precisely what atheists reject.

Sometimes a simple-minded Christian will say something like, “I believe in God because I like to think that I have a loving heavenly father who watches over me”, or “because there has to be justice in the end, good must be rewarded and evil punished”. Atheists rightly laugh at such arguments. “Just because it’s pleasant to believe”, they say, “doesn’t make it true.” And they’re absolutely right. The fact that a good and just and loving God is pleasant to believe in is zero evidence that he is real.

And in exactly the same way, the fact that a primitive and evil and capricious God is unpleasant to believe in is zero evidence that he is not real.

Real life is not a fairy tale. Your wishes do not make it so. If there is really an all-powerful God who demands obedience to rules that you consider oppressive, I suppose that would be a terrifying thing. You are at the mercy of this God who imposes these unjust laws. But “I don’t like the implications” is not proof that an assertion is false. There are lots of human laws that I consider unjust. (I’m not going to give examples because I don’t want to get sidetracked in a debate about any examples I might give.) Is the rational conclusion, then, that the governor does not exist and I can freely ignore these laws? That would be completely irrational.

Of course, I don’t really concede the premise. Just because you disagree with a rule in the Bible doesn’t mean that the rule is unfair or unjust. Maybe you’re wrong and God and the Bible are right. But that’s an entirely different question.