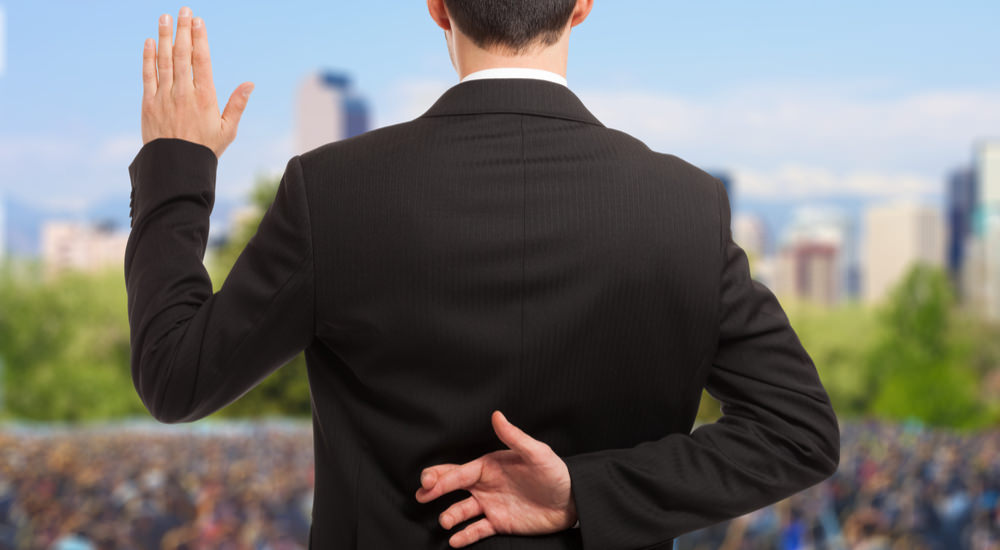 Victor Davis Hanson points out that we must not use the fallacy of tu quoque, which translated into Bart Simpson is “I know you are but what am I?” We should not attempt to get Trump off the hook on the equivocation of his actions and Obama’s and the media hypocrisy. Fair enough. What does it matter if you are accused by hypocrites?

President Obama said that Hillary Clinton had shown “carelessness” as Secretary of State. “Whoops!” She happened to slip and set up a private e-mail server in the bathroom. Why did she do it? Obama insisted that she had not intended to endanger national security when she exposed and transferred classified information. How did he know this? Well Barack Obama can read minds in addition to being a Constitutional scholar. Was intent part of the criminal statute? No, of course not, but Obama just rewrote the law it because it should be.

Obama, the 44th President of the United States of America, said there is “not a smidgeon of corruption” at the IRS. This was during the Justice Department investigation of the IRS targeting conservative and Tea Party groups. This known and proven attack on Republican oriented political action committees and grassroots organization had the effect of chilling campaigning against Obama. The fear and intimidation had material influence on the election outcomes in the 2012 Presidential cycle.

Did the media provide any coverage and heat on these scandals? Oh no! Obama skated with a get out of jail free card.

Hypocrisy! You say! Well, when the rules don’t apply and principles don’t matter how can someone be held to a standard they reject. A hypocrite must attempt to be moral, and everyone knows that Democrats, Liberals, and the Media have a lifetime exemption from morality because they are never holier than thus. These people reject God and the Bible thus, they cannot be pinned down with Victorian notions of the truth.

Let’s pause there. Set aside the label of hypocrisy. How much traction does it afford anyway? How many people do you know who shrink and recoil when you call them hypocritical. Most don’t really know what it means, and the word sounds, well legalistic. This charge doesn’t change many peoples’ minds anyway.

Rather than resorting to “you also” arguments let’s cleanly examine the merits of the case. What did Trump do? He expressed his hopes and desires that the investigation of Michael Flynn end to James Comey, FBI director. That is it. Comey reports to Trump. Technically Trump can express his expectations to him even if this is uncouth according to the media.

The issue is the double standard, not only the hypocrisy.

The point of hypocrisy is not mock outrage about violating principles, as bad as that is and should be.

The point of labeling certain accusations as hypocrisy is to devalue and downgrade the accusation itself. If a source is hypocritical then they are not credible. In court if a witness is properly impeached (meaning their credibility is sufficiently drawn into question) then their testimony is reduced to hearsay at best and in some cases jurors are instructed to disregard these false flags, lies, errors, and mistaken facts.

If a source is biased and prejudiced against a certain target then their outrage and charges are dismissed. A hypocrite doesn’t get to lay the blame at the feet of another party, regardless of that party’s guilt because their motives are suspect. They are not a credible source for evidence or inference about the actions of a target.

For an accusation to be credible the source must not be compromised or antagonistic. If the source is highly questionable, evidence must be provided and proof established prior to hearing the accusation and beginning an investigation.

This is what our nation has come to: enemies of the President of the United States Donald Trump do not have the power to unseat him. They have no credibility to accuse him of potential, mysterious and hidden crimes. Trump is innocent until proven guilty. The burden of proof is on his enemies. Trump doesn’t have to answer these charges unless and until these charges clear the bar of credibility, evidential disclosure, and proof.

We are a nations of laws, not men or media! Thank God!