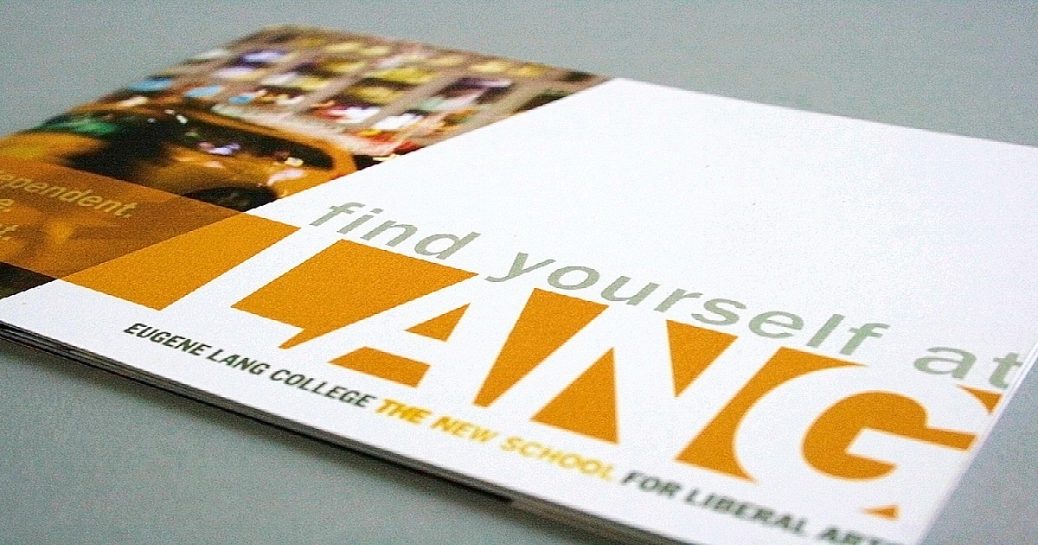 According to the Princeton Review, “Eugene Lang College is an ‘unconventional,’ highly urban school with few academic requirements where courses have ‘really long poetic titles’ and professors ‘go by their first names.’” Yeah I’d pay well north of $20K a year for that – wouldn’t you, you groovy hipster? And we wonder why young adults can’t find decent paying jobs after graduating college. Because they graduate with worthless degrees by taking courses like “queer ecologies.”

This upcoming semester, the college will offer this four-credit course entitled, “Queer Ecologies.” The course is said to be, “for students who wish to ‘disrupt prevailing heterosexist discursive and institutional articulations of sexuality and nature.’” Yep – that’s a really long poetic title all right, which means absolutely nothing to most but sure does sound edumicated, don’t it. I swear. I think they just purposely string a bunch of multi-syllabic words together to make them sound erudite. And the more confusing it is, the more high-brow it must be.

During an interview with Campus Reform, professor Heather Davis, who teaches the class, explained that queer ecologies is an “interdisciplinary field that examines the relationship between sexuality and nature, thinking beyond the boundaries of assuming that heterosexuality is the norm or standard.” In other words, there is no such thing as normal?

That’s a wonderful thought (and actually it isn’t), in theory, but in the real world, it is just crap, as admitted to by your own student body, Ms. Davis. “Shock is very popular around here,” and “everyone fits in as long as they are not too mainstream. It’s the normal ones who have the trouble,” suggests a sophomore.

By this admission, one can derive that there must indeed be such a thing as normal and abnormal, in look, behavior and sexuality.

Another thing I find fascinating, almost to the point of laughter, are the never-ending examples of leftist hypocrisy.

The nannies of the left have been preaching for decades about the dangers of smoking, and second hand smoke. We all know smoking is bad for you. But leftists must continue to lecture us regarding the dangers nonetheless – even insisting that graphic warnings be placed on cigarette packs. There is even a dopey non-profit called “Truth” who lectures us about such things.

Yet at the radically liberal Eugene Lang “Hipster” College, the students claim that smoking is cool and shows everyone that you fit in. “But once they [the normal people] take up smoking and embrace their inner hipster, everything’s cool,” claims a student. In other words, you can only be an anti-societal rebel if you smoke and fit in.

I’ll let that sink in for a second, lest you, as I, are probably a bit confused by the apparent hypocrisy. And as the “normal” are the outcasts until they conform and “embrace their inner hipster,” there is no such thing as live and let live, or tolerance. You might even say this is forced assimilation. What the left accuses us of wanting.

The left is currently on an anti-trash rampage, passing laws and corporate edicts against the use of plastic straws and other refuse. Yet at Eugene College, where one must smoke to “fit in,” “There is no safe haven in the form of a communal student space” except for “a courtyard of a million cigarette butts.”

This is so typical of the left. They never practice what they preach, but boy they sure do preach. Literally every “evil” they accuse the right of, they do themselves. Just look at the difference in the aftermath between a conservative and liberal rally or demonstration.

When we leave a venue, it is demonstrably cleaner than when we arrived. It is the exact opposite at leftist rallies, as they leave mountains of garbage behind and evidently think nothing of it.

Eugene Lang is just another shining example of the radical left’s hypocrisy and intolerance. No one is allowed to have a differing opinion or divergent thought. All must assimilate to the leftist collective.