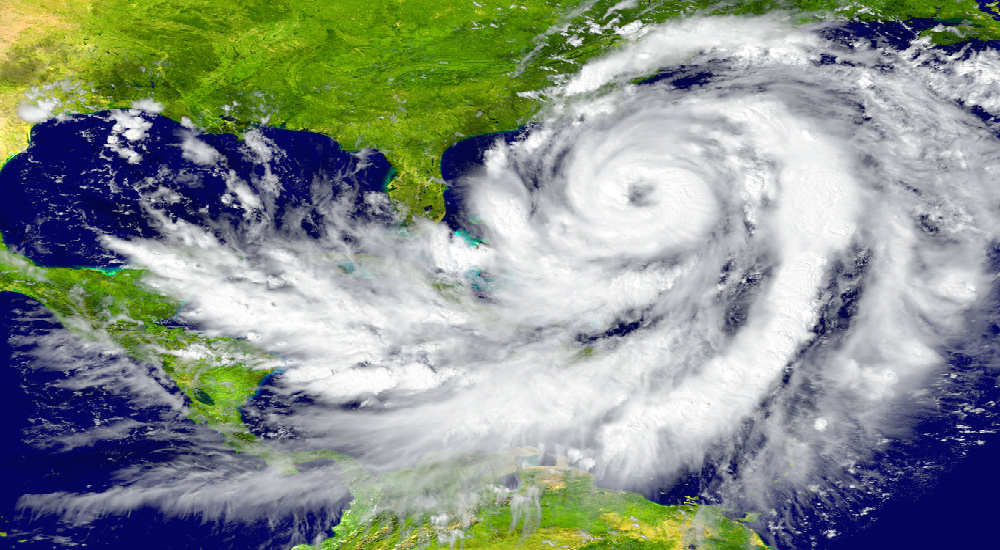 The panic in Florida created by media hyping the dangers of a hurricane was shameful.  People on the islands and coastline always have a reason to move inland.

Those who live in trailer parks have reason to fear the wind.  But for those who live inland in concrete homes to evacuate the state was just sheer idiocy shamefully created by the media.

Another proof of how easily leftists can herd the sheeple.

It is sad, infuriating, and frustrating how easily most people are duped by the Left.  This typical act of Mother Nature brought out the best and the worst in people and it is liberals who come up short on compassion.  While conservatives were making rescues and contributing to charities, liberals were praying for death and devastation to punish those whom they see as the enemies of their state – the state of socialist totalitarianism.  As those who work for a living gave aid to those who vote for a living, liberal shysters like Bill Maher praised socialism as if stealing wealth from people is somehow charitable.  Follywood actors and liberal college professors prayed to their gods and blamed Republicans for the weather, and the Chicken Little Brigade of Algore wasted no time to promote their global warming fraud once again.

Irma the Most Powerful Hurricane in History! (of the last half century)

The fear-mongering by the media that Florida would be scoured from the face of the Earth by a hurricane is just pathetic, leftist negativism.  It doesn’t matter how many people are living there.  The state has building codes exist because it is prone to hurricanes.  The most dangerous parts of hurricanes are the flooding from storm surge and massive rainfall.  The next most dangerous are the tornadoes that can spawn.  The straight line winds can be weathered by most buildings with the biggest problem is downed power lines and blown transformers following a massive windstorm.  It was pathetic to see emergency services say they would not go out once the winds topped tropical storm speeds of 45mph.  There are cities that regularly have over forty mile an hour winds and we don’t stop services because of a blustery day.  Watching the millions of frightened people fleeing the state and emergency services shutting down was just a pitiable sight in view of the media people who were driving about in the storm to report on the event.  And then to hear liberals say the nasty things they did about those who are suffering from a major storm was disgusting.  Hearing those like Bill Maher saying stupid things like ‘those who are paying taxes and providing charities are encouraging socialism’ is just the basest depths of liberal ignorance.  Socialism is government stealing wealth from the people through taxation, not the people giving taxes and charity to support each other.  Can you name any socialist country that can aid their people through any disaster?  It is not socialism, but capitalism that provides for the people.  No other country is going to come to America’s aid.  We go to theirs.  Liberalism’s ideology of making people dependent on government by giving government total power is not only dysfunctional, it’s self-defeating.  Living life with your glass half empty always leaves you wanting.

Liberals pray for Texans and Floridians to suffer for electing Trump

God is known by many names and so is Satan who is also called god.  If you’re not sure to who you are praying it’s easy based on your prayers.  Here’s a clue; if you are praying for harm to come to others then you are praying to Satan.  Praying for revenge is not the same as praying for justice, but those who lack a moral compass do not recognize the difference.  Whether you’re a leftist that wants hurricanes to devastate states that voted for Trump, or an Islamist jihadi murdering innocent people, the god to whom you are praying is not the God in Heaven, Father of Christ.  Another clue is that whenever you are presented with the truth, if you continue to believe and express lies then you are not following the Light of Truth, but embracing the darkness of deception.  Rush Limbaugh scorned the media hype and was lied about repeatedly, vociferously, and slandered in the face of the truth of his words.

“He told people there was no danger.”

“He denied there was a hurricane.”

“He told people not to drink water.”

Liberals actually held round table discussions based on their own lies.  What kind of idiot do you have to be to believe anyone would talk like this?  The answer is; a liberal idiot.

It must also be remembered that Mr. Global Warming: An Inconvenient Truth, Al Gore, predicted twelve years ago that after Katrina the U.S. would be hit by major hurricanes constantly that would only get bigger.  Superstorm Sandy was heralded by them as the storm of the century, which it was, but then they went on to say these last two hurricanes are proof that we are suffering ‘the storm of the century’ every other year.  It’s just lunacy.  As Hurricane Irma, “the most powerful storm in history” they predicted would hit Georgia at Category 3 fizzled out on the way up the Florida peninsula to a Cat 1 by the time it reached Tampa, that the U.S. has not been hit by a major hurricane, and by only a couple of small ones in the last twelve years, proves the fallacy of liberalism.  Those who pretend they can predict the future climate, or even tomorrow’s weather, are just charlatans practicing their own scam of clairvoyance, and these doomsayers should be treated with the contempt they deserve.

A Floridian who has been through hurricanes posted the following:

Dear Non-Floridians, here are rules when discussing the hurricane with Floridians:

Update: right now almost the whole state is under Hurricane warnings..
Feel Free to check on us, text us, call us. But, don’t text your fears of our demise. Don’t call us crying because you are scared for us. We have a storm to conquer. As warriors we need to be healthy, mentally and physically. Some of us also have very large horse farms that we can’t just leave. When your son or daughter or friend gets ready to go play in a competitive sport … before the game, do you call them and say, “you are going to lose,” “don’t show up for the game,” or “the odds are against you?” I would hope not. While we are preparing to overcome this storm, please send us encouragement! We welcome it! If you are going to do anything less than that, turn your TV or radio off and keep your lips zipped. Rules will be strictly enforced. I don’t know how yet but don’t break them. Now, I have to go see what I can do to help my community get ready for Irma’s arrival.