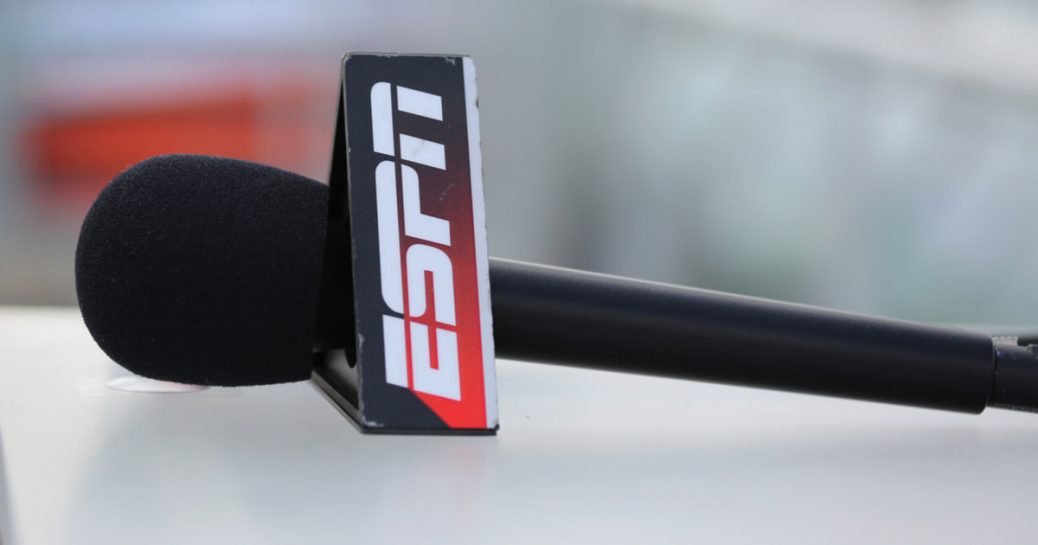 For Years Rush Limbaugh has said that quite often, the mainstream sports media is even more liberal than are their news media

And this is no more conspicuous than the management and on screen personalities at ESPN.

It’s evidently just fine with ESPN for their employee, Jemele Hill, to call President Trump a white supremacist, but heaven forbid any of their people espouse a viewpoint other than leftist.

And worse than Linda Cohn being suspended for pointing out the obvious – that ESPN is losing audience due to their leftist politics, Kurt Schilling fired for espousing a conservative view, or the overreaction over Anthony Frederico’s “Chink in the Armor” statement, is someone daring to point out ESPN’s hypocrisy.

This however, may be lost on ESPN, as it is with all leftists, for I don’t believe the term hypocrisy is in the liberal dictionary.

“Sanders was explicitly asked by another reporter if she stood by her comments from Wednesday that Hill should be fired, and Sanders said she does,” writes ThinkProgress.

“That’s not a decision that I’m going to make,” Sanders said. “Again, I think it is a fireable offense based on the standard the ESPN has set themselves.”

“You said you don’t have advice for a private company, yet you’re giving advice to ESPN,” one reporter said.

Sanders cut her off, saying, “I said it’s not my decision to make for a private company. I was as specific about that individual, I made a comment, I stand by it. I think ESPN needs to stand by the standard that they have set.”

But this honest and reasonable assessment of ESPN has not deterred the left from attempting to ruin Sanders. This is what the left does when their duplicity is revealed – they attack.

News broke Thursday evening that the liberal activist “Democratic Coalition Against Trump” had filed an ethics complaint with the U.S. Office of Government Ethics against Sanders, citing a federal law that makes it a crime for an employee in Sanders’ role to influence a private employment decision.

This is same group who filed charges of treason against Trump in December 2016.

Let me remind you of another incident that reinforces Sanders statement. In 2012, the aforementioned ESPN employee, Anthony Frederico, was canned by the ESPN for posting that NBA overnight sensation Jeremy Lin had a “Chink in his Armor.” He was pointing out that the New York Knicks stand-out couldn’t play defense. Having a “Chink” in ones armor is a common refrain describing a weak point that may be vulnerable to attack. Everyone knows this.

The problem for Frederico was that Lin was Chinese, and I think may still be. Although these days, you never you. Maybe he’s racially fluid or transitioning into a middle aged white woman, which may have explained his lack of defensive prowess.

ESPN did in fact set their own silly standard for firing, and I don’t doubt hiring as well. It’s been going on for years. Sanders’ crime was having the impertinence to point this out. This is her crime. You just don’t publically call-out leftists. That’s a no-no.

It reminds me of the Movie Demolition Man with Sylvester Stallone, where a robotic monitor fines people, “for a violation of the verbal morality statute.”

Only this time, the monitors are the main stream press – the violation is outing a member of the leftist cabal, and instead of a fine, they choose to ruin her career.