How to Deal with Threats 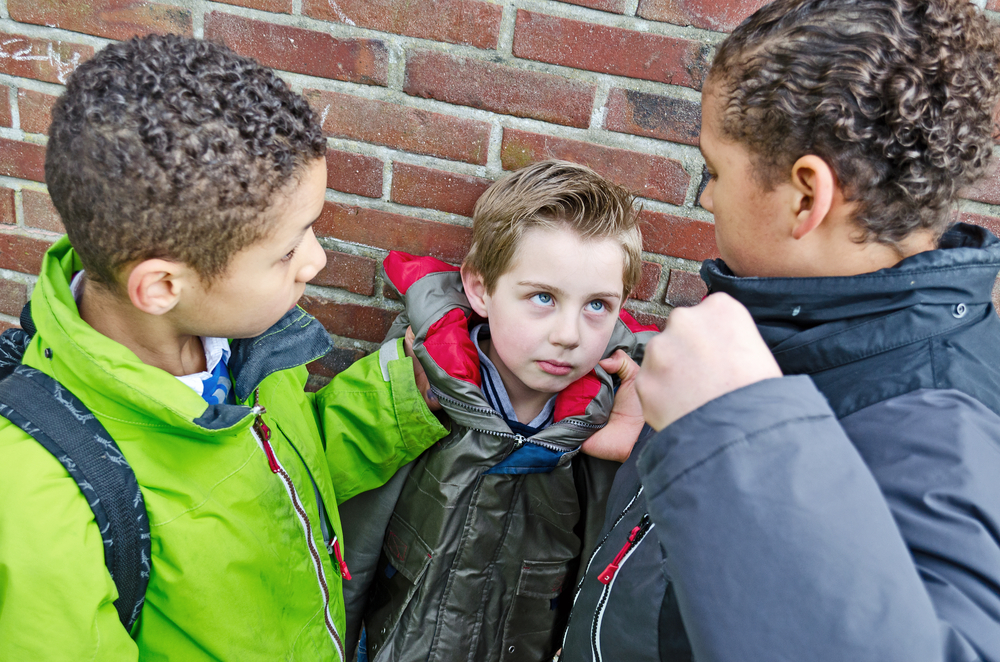 When you were growing up on the playground you encountered mini-thugs that picked on those they knew they could lick and kept a wide berth from those that they knew were tougher than they were.  The pattern was always the same.  The ones who were unable to defend themselves with either superior strength , fighting ability or alliances suffered at the hands of the bullies until either the bullies moved or an alliance was formed or the bully decided there was easier prey.  A bloodied playground warrior might not come out on top in a confrontation, but there was respect earned from standing up and defending themselves.

This playground lesson was learned by those victimized by the bullying and by the observers who knew they were possible victims if they cowed and submitted.  This lesson has a counterpart in adult life with nations who try the same tactics.  No nation, just like no bully, would dare challenge another nation if they knew they would receive a sound thrashing.  But if they suspected a nation could be intimidated, they would push for a confrontation planning on bluffing their way into superiority.  The rise of Hitler exemplifies this attitude.  Hitler bluffed until he had conquered enough territory that he appeared to possess far greater strength than those who who would oppose him.  It was then that the Brits said, “ that’s enough” and put up resistance. Contrast this approach to the French who surrendered.

If there were no initiators of physical force ,retaliation would not be necessary but from childhood on there is a realization that this world contains those whose ambition is to rule.  And the methods they use always begin with a threat. The bully on the playground that shouts, “ I’m gonna beat you up” has his counterpart in the political world shouting,” We will bury you.”, “ We will annihilate Israel”, etc, etc.  And although the means of response may be different the attitude directing a response must be identical.  No backing down.

The first step in dealing with a threat is to take the bully at his word. The attitude is expressed by the words and actions that indicate you will not be intimidated and if attacked you will fight back.  This message must be clear, firm and sincere.  The mush of diplomacy is an attempt to buy off the thug.  When there are irrational threats to deal with, it is not time to expect rational discussion.  Once a threat is uttered the opposition must be confronted and the message conveyed that threats mean a step toward war.  You should not try to make peace with those who have shown their hand.  Forget about this notion that you can befriend those who ultimately want to destroy you.  The bully on the playground wanted you to be subservient and the Islamic Fascists want no less.

We are in a position to meet this threat now.  If Congress continues their idiotic bankruptcy spending our position may weaken.  It is better to confront when you are stronger than when you have been weakened by trying to buy off threats, demoralizing the country with divisiveness, and demonstrating a reluctance to assert the kind of world you want to live in.  The Islamic Fascist’s are not ashamed to say what kind of a world they want ( which amounts to a hell on earth ), why shouldn’t we stand up and say, “ We have a vision of a world where all countries recognize the individual rights of man to life, liberty and the pursuit of happiness and those who want to tarnish this vision will be treated as full blown enemies with no diplomatic ties to us and certainly no foreign aid.  If you starve your citizens with your visions of servitude and repression then it is your responsibility to revise your policies and let the starving people produce for themselves without your desire for the unearned reaching in their pockets and taking what they need to provide for their lives.  If you threaten our way of life or attack our citizens, if you try to impose you vision in any way or manner you will be attacked , occupied and a government will be established which protects individual rights and your vision will roll into the abyss of extinction.

The cardinal rule in dealing with threats is, “Don’t ignore them”.  They are the overture to attack.  They need to be taken seriously.  A two bit mugger first uses threats to get what he wants without confrontation.  A political dictator uses the same tactic.  If you simply hand over your wallet you have only lost what it contained that you had earned which came from a portion of your life.  If you hand over your way of life to a dictator the rest of your life is his and you have only the future he is willing to grant you.  The Jews of Germany found that was a short miserable moment in spite of what a delusional thug in Iran may say.

It is not in our interest to hide the truth of the seriousness we see from threats  We need to state clearly and forcefully that our threat of retaliation will result in the complete annihilation of the threat inflicted on us.  We do not intend to fight long drawn out stalemates waiting for barbarians to see a vision  designed to put us off guard while rebuilding for future threats and attacks.  This is how we should deal with threats.

What we are doing now is exactly what we shouldn’t be doing.  We are trying diplomacy that is doomed to failure.  We don’t owe this effort to anyone.  We are excusing the treat as braggadocio .  This is not wise.  Some are looking to divine intervention which is ignoring the real world altogether.  People  criticize the leadership and we know there is plenty that needs criticizing, but there is not much waiting in the wings that will change much for the better.  The question arises to each individual being threatened to ask themselves , “ What are you going to do about it?”  Saying nothing is to acquiesce.  There may be many who will not listen and there may be many who will not speak up.  But if our way of life is to prevail it cannot come from timidity.  The practicality of courage reveals itself when you can own your own destiny.  If that isn’t enough to speak up for,  what is?