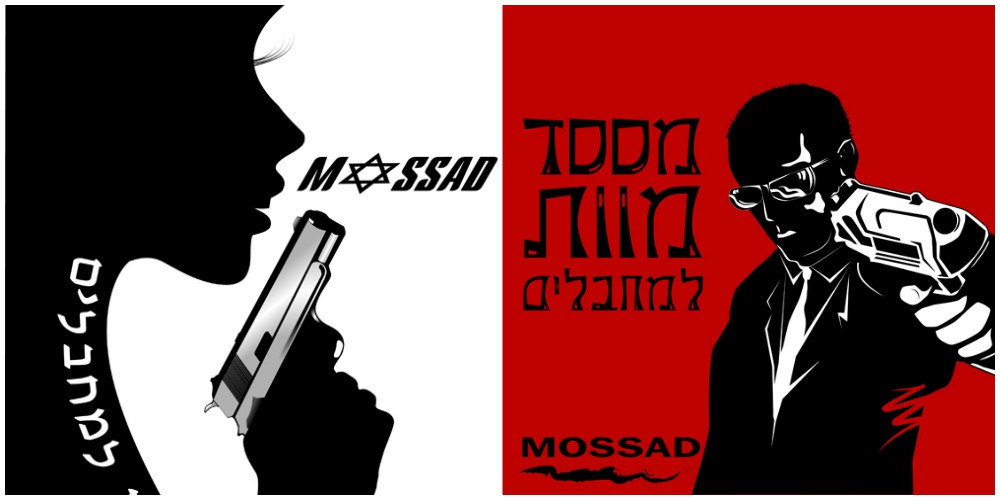 The operation conducted by Israeli intelligence in the Iranian capital has already been called unprecedented.

This achievement is already called unprecedented: in 1600 kilometers from Tel Aviv, agents of the Israeli Foreign Intelligence Service (Mossad) managed to capture the full archive of the secret nuclear project Amad and deliver it to Israel. To be clear, this is not microfilms packed in a can of candy, or flash drives with records. These are the originals papers – 100,000 documents (folders, paper copies, drawings, CDs) weighing half a ton.

For many years, Israel has argued that Iran’s nuclear program is not at all peaceful, as Tehran claims, but is aimed at possessing nuclear weapons. All the rest is lies and deliberate misleading of the world community and flagrant violation of the Treaty on the Non-Proliferation of Nuclear Weapons. From this point of view, Benjamin Netanyahu, speaking with a special statement on Iran, did not say anything new.

At the same time, it has never been possible to imagine a picture that Iran is trying to conceal so completely – and not from separate, unrelated sources, but from one source.

After the signing of the nuclear agreement in 2015, Israeli intelligence remained, in fact, the only one that continued to monitor Iran’s nuclear preparations. Mossad was at the forefront, trying to control the progress of Iran’s implementation of the agreement, as well as to reveal secret facilities where work on enriching uranium for military purposes can continue.

To accomplish the task, and this already can be said today, several units of Mossad were involved. And if some were engaged in monitoring and analysis, others acted directly on the territory of Iran. At the same time, unlike in previous years, Israeli agents were not able to count on the help of friendly intelligence services, including CIA. Mossad was left alone in the front line.

Last year, Mossad received a number of signals that the secret archive of the Amad program was relocated to a new secret facility in Tehran in order to hide it from international observers. Information about the new location was known to a narrow circle of the most trusted persons. The guard of the bunker was carried by a special unit of the Iranian Guard – IRGC.

The first reports on the secret storage were received by Mossad in February 2016. Since then, the object has been monitored. The operation was conducted in two directions: first, the “human factor”, and secondly, control over the fact that the dossier did not leave the secret bunker. A large-scale operation was completed a few days ago in which various structures were involved. A lot of money was spent – but the exact amounts were not disclosed.

When “everything was over,” Yossi Cohen, the head of Mossad and his entourage went to Washington to brief personally President Trump and the Head of the CIA Mike Pompeo (now US Secretary of State) about the outcome of the operation. They were shown materials related to the “Amad” program. From materials including video clips, originals of countless documents, records, and transcripts of conversations of Iran’s top leadership and leaders of the Amad program, the following conclusions can be drawn:
– Iran’s nuclear program is oriented towards the military needs;
– Iran has developed a large-scale project to realize this goal;
– Iran has done everything possible to conceal this project and to classify the military direction of the nuclear program;
– When signing the agreement, Iran concealed the existence of a military component, thus grossly violating the terms of the agreements, as well as the Treaty on the Non-Proliferation of Nuclear Weapons (NPT) which Iran supported;
– The secret project Amad, which began to be developed back in 2003, was implemented in parallel with the civil project and in fact included the same components;
– Iran continues to mislead the international community and hide from control some of its nuclear facilities.

Why did Israel reveal such sensitive information?

Initially, it was proposed to do what is done usually: do not confirm or deny anything, while arranging a “leak to the Western media.” There was a fear that by revealing the details of the operation, Israel would damage its sources, even more – alert the counterintelligence of the enemy. But in the end, after a meeting with the members of the Israeli cabinet, Netanyahu decided to make a statement. And it had its own purpose.

In the near future, Israeli special services will acquaint their counterparts in Germany, France, Russia, Italy, China, Great Britain, and the IAEA with the content of the “nuclear file”.

Will this lead to a dramatic turnaround in Iran’s relation with the international community? It’s hard to say. But what no one doubts, is the amazing possibilities of Israeli intelligence.

On Tuesday, May 1, the US State Department announced that the content of Iran’s nuclear archive, which was at the disposal of Israeli intelligence, leaves no doubt that these are genuine documents.