How Dare You Compare Me To Hitler, Joe Biden 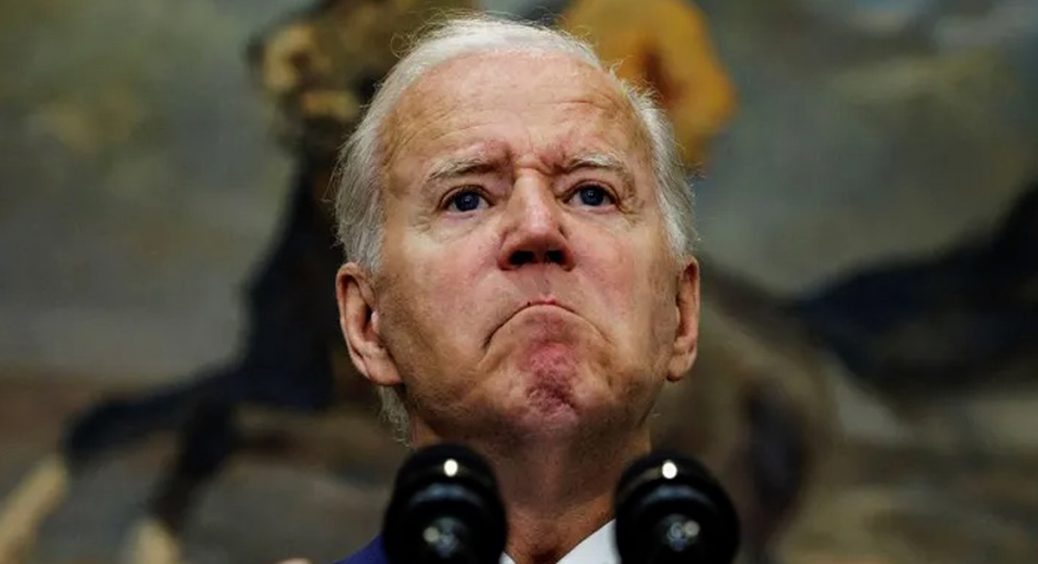 President Joe Biden lashed out at Republicans who have embraced the MAGA philosophy saying they’re semi-fascists.

I don’t think Biden understands what MAGA means. It’s all about putting America first and making the US the most powerful nation on Earth, both economically and militarily. Some examples include taking control of our southern border, making America energy independent, and building our military so we can take out ISIS or any other threat. It also means reducing business regulations so companies are free to run their enterprises without government interference. The result is American companies that are more competitive internationally and at home, generating more income (more tax dollars) and more jobs.

According to Webster, the definition of Fascists “a political philosophy, movement, or regime (such as that of the Fascists) that exalts nation and often race above the individual and that stands for a centralized autocratic government headed by a dictatorial leader, severe economic and social regimentation, and forcible suppression of opposition.”

MAGA pushes personal freedom and keeps the government out of the lives of Americans. That’s the opposite of Fascism.

One does not have to be a Trump supporter to call for making America great again. Other famous users of the phrase include Barry Goldwater, Ronald Reagan, and Bill Clinton. I wouldn’t call any of them a Fascist (semi or regular).

Biden’s misunderstanding of MAGA isn’t what angers me. It’s his inappropriate use of Fascist (semi-fascist). If you asked 100 Americans to name a Fascist, I suspect that 90-95 of them would answer either the Nazis or Adolf Hitler.

As someone who believes in the MAGA objectives no matter which candidate I support, my anger comes from the fact that I am a Jew with family who suffered through the Holocaust. Those and other references to Hitler and the Holocaust Biden made cheapen the memory of the actual horrors that millions of people suffered through.

It used to be a basic rule of American politics. Never use the Holocaust or any related terms, such as Fascist, Nazis, or Hitler, for political warfare. The Holocaust is a singular event in world history, not just because of its scale and inhuman horror. There have been, and sadly will be, other genocides of other groups. And there have even been other atrocities against the Jewish people. But generally, genocide is waged to suppress a group, keep them out of a country’s politics,  take their land, or some other economic reason. The Holocaust was different– the Jews were targeted by Hitler, and the Fascist  Nazis had no desire to take over the country’s land and held relatively little power–they were just hated. The Nazis took Jews from all over Europe and killed them.

I had relatives with this on their arms. Did MAGA people tattoo numbers on people’s arms? 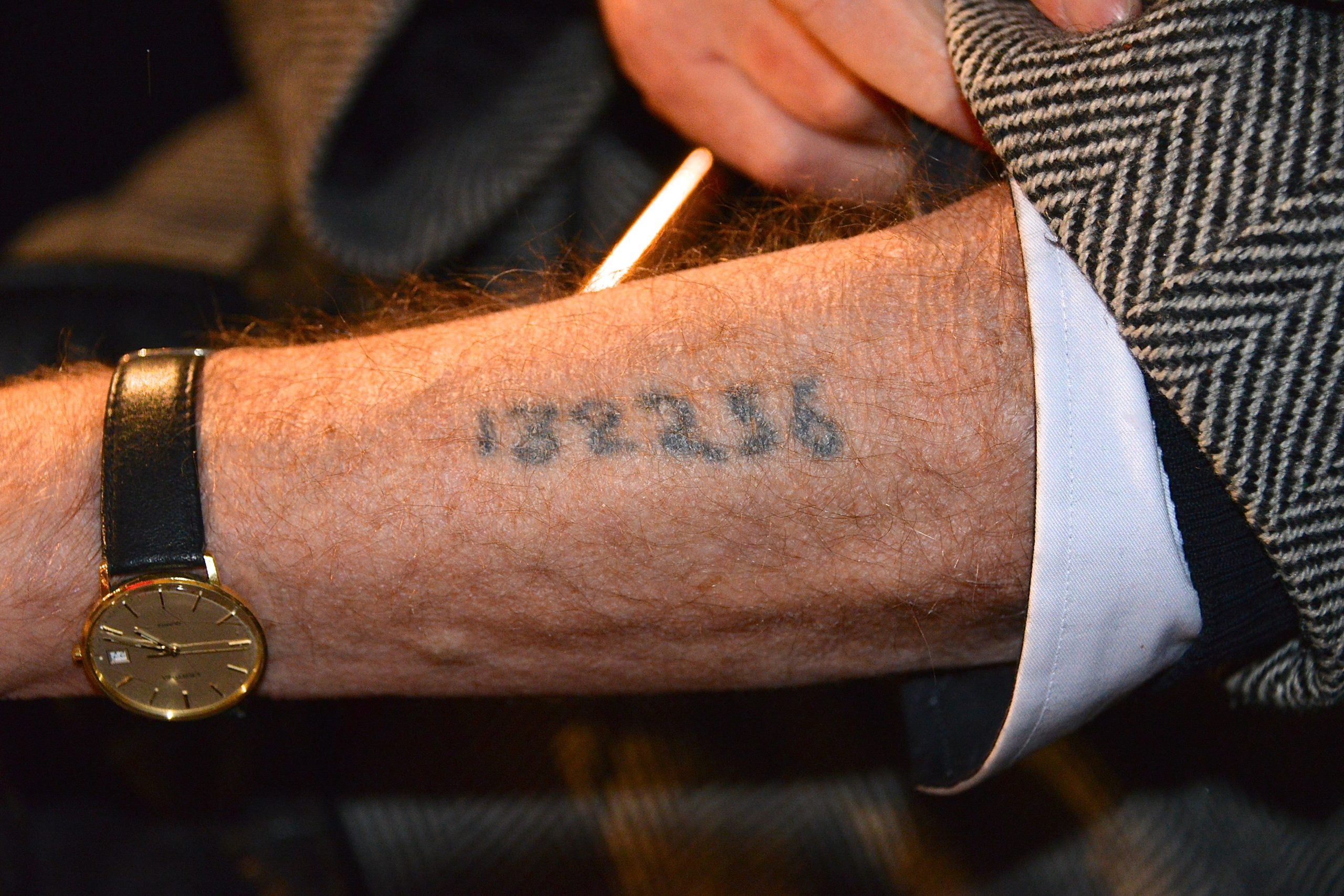 They chose that method of identifying the Jews because tattooing is prohibited in the Jewish faith (they didn’t realize that people wouldn’t be punished for forced tattooing). If MAGA supporters don’t force people to tattoo numbers on their arms, they aren’t Nazi Fascists.

I never met some of my family because the Fascists killed them, buried them in mass graves, or cremated their bodies (cremation is also against Jewish Law, but not if it’s imposed on you). When you compared MAGA supporters to fascists, are you saying they did something like that? If MAGA supporters had done that, I am sure the mainstream media would have covered it. That would be one less thing they would have to invent and blame on conservatives.

The Fascist nazis conducted horrible and painful medical experimentation on humans. Perhaps the most well-known of which was the experiments of Josef Mengele. He conducted experiments on twins and other victims at Auschwitz. Through these experiments, he hoped to prove the superiority of the Aryan race. He experimented on over 1,500 pairs of twins and other Jews and Gypsies. Mengele injected dye into people’s blinding them or chloroform into their hearts, killing them. He sewed twins together, trying to create conjoined twins or forcing them into freezing water (like the picture below), and other experiments too horrible to repeat.

I have never heard of a MAGA supporter (or any American doing that kind of medical experiment.

After the Fascists who ran Germany and Poland gassed their victims, they collected their hair, clothes, glasses, gold teeth, and even artificial limbs to be used by the Reich.

Perhaps I was watching “Family Feud” instead of the news the day MAGA supporters killed people and recycled what was usable. If I didn’t miss it, MAGA supporters are Fascists.

In his ignorance, does Biden believe those Ultra MAGA people have artificial legs recycled after the victims are stripped naked, gassed, and cremated? 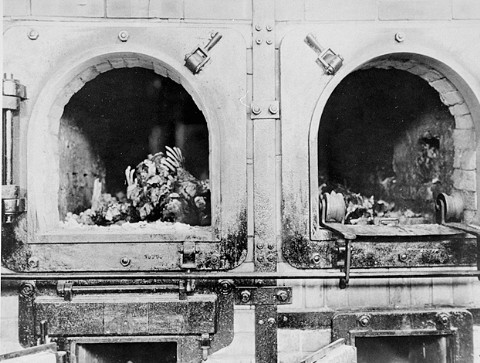 What is it with you, Joe Biden? Why do you insist on cheapening the memory of 6 million Jews who died in the Holocaust, along with those who survived the Holocaust horrors and the Jews who mourn their pain today and every day?

He did it during his campaign for president also. A week before the election,  ‘Biden used footage of the Fascist Nazi dictator- mass murderer Adolf Hitler, in a campaign ad attacking Donald Trump.

If a Republican or MAGA supporter had made the same inappropriate reference as Biden spewed, the media would be all over him with criticism. But since he is a Democrat, the MSM is treading lightly around it.

Please Note: Some other horrible acts should never be used for political comparison. These include horrors such as slavery in America and Apartheid in South Africa. In their own unique way, these and others are incomparable to anything else.