How Could Trump Let This Happen? 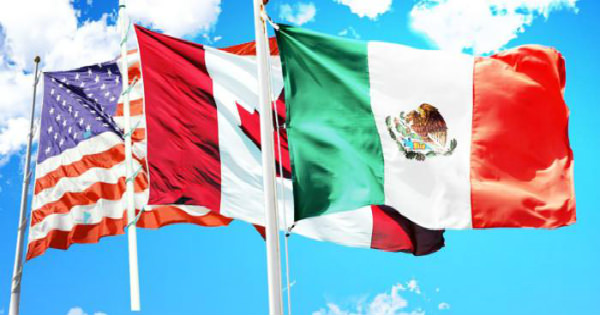 The Canadian Press reports the U.S. has backed down from its “contentious” Buy American demands for procurement projects in the renegotiation of NAFTA.

The Canadian Press adds that Mexico and Canada are each taking credit for standing against the U.S. position that would have limited their ability to bid on U.S. government infrastructure projects.

Wait a minute.  I smell Soros.  Or is this the result of one more bad advisor?  How can President Trump boast of a positively Protectionist America?  How can he Make America Great Again?  By maximizing Marxist Canada’s and Mexico’s ability to bid on U.S. government infrastructure projects?

As the Trump we know and love would say, “This is not an acceptable deal,” he is now, however, making it an acceptable deal.  Next thing you know Trump will have Canadian and Mexican workers building Trump Towers.  Is Sovereignty no longer a vital concern?

Somehow President Trump is unwittingly siding with the Marxist “isolationist America” propaganda allegation, rather than doing what he strongly stood for in the election.  That is a Protectionist America.  No foreign entanglements.  George Washington’s “No Foreign Entanglements” warning is even more important today than when he first uttered those precious words of vision and experience.

The Wall President Trump is building should not only prohibit illegals from entering the USA but Canadians and Mexicans from bidding on U.S. government infrastructure projects.  Should Canadians and Mexicans realize Sovereignty-stealing success in this area, in the upcoming planned Depression, Americans will not see the benefits the WPA gave in the Great Depression with its government work projects.

In the mid-term elections just days away, Republican candidates need to make this a primary issue they will oppose President Trump on, to make him accountable to We The People and sway him away from the Sovereignty-stealing wiles of the licentious Democratic Left!

Otherwise, what the illegals fail to help themselves to in America, the Canadian and Mexican governments freely will…