Horror in New Zealand – Lunatic Massacres 49, More than 20 Others Injured 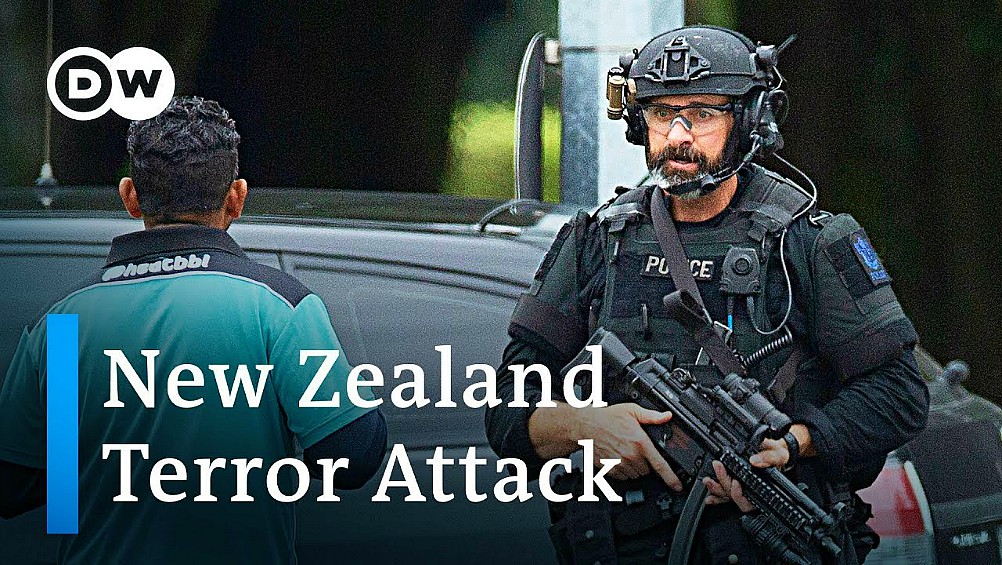 Americans awoke to shocking news this morning, as we learned of the atrocity that had taken place in Christchurch, New Zealand.

A white supremacist, who apparently hated Muslim people, has massacred at least 49 people and injured more than 20 others.

One of the suspects, an Australian man armed with a semiautomatic rifle, kicked off the orchestrated attack when he stormed into Masjid Al Noor mosque in the center of the city and opened fire on Muslims who were there for Friday prayers.

Ardern said more than 30 people were killed in the Masjid Al Noor massacre.

Another shooting happened a short while later at another nearby mosque in the city, where at least 10 people were slain. It was not clear if the same shooter carried out both attacks.

Thus far only one shooter has been identified, but the shooter along with 3 others have been arrested and are being questioned.

The shooter’s name is Brenton Tarrant and he is an Australian man who previously worked as a personal trainer at a gym in the nearby city of Grafton.

Investigators and the media have discovered a 74-page tirade that Tarrant has posted online explaining his beliefs.

In the 74-page screed, titled “The Great Replacement,” Tarrant quoted a Dylan Thomas poem, “Do not go gentle into that good night,” before going on a rant about white genocide.

He outlines his motivations, including to “create an atmosphere of fear” and to “incite violence” against Muslims.

Tarrant also claims he had “brief contact” with Norwegian mass-murderer Anders Behring Brevik, who he claims gave his “blessing” for the attack.

The Libertarian Republic has more on the killer’s “manifesto” (why do all these crazy people always have a manifesto?):

The manifesto explicitly states that the attack was motivated by white supremacy.

The 74 pages of rants and stolen poetry disavow democracy, multiculturalism, and genetic mixing. The terrorist called his attack a retaliation for attacks perpetrated in Europe by radical Islamic terrorists and said his motivation was primarily a fear of “white genocide,” and explicit cited the infamous “fourteen words.”

In addition to typical white supremacist talking points, the manifesto states in no uncertain terms that the attackers wish to “polarize” and “destabilize” western culture. A particularly revealing quote from the killer states:

“With enough pressure the left wing within the United states will seek to abolish the second amendment, and the right wing within the US will see this as an attack on their very freedom and liberty. This attempted abolishment of rights by the left will result in a dramatic polarization of the people in the United States and eventually a fracturing of the US along cultural and racial lines.”

To make matters worse, if possible, the shooter live-streamed the massacre as it happened.

Disturbing video appears to show the gunman executing people inside the Masjid Al Noor mosque in Christchurch. Another video shows bodies piled up inside.

The video appears to have been taken from a GoPro attached to a helmet on the shooter’s head.

It shows a man driving through the streets of Christchurch and saying “Let’s get this party started” before pulling up to the mosque, entering and firing on worshippers.

The 17-minute video ends with the gunman driving away in a beige Subaru station wagon.

“There wasn’t even time to aim there was so many targets,” he can be heard saying.

Police are actively working to remove every vestige of the abhorrent event from the Internet, but know that this will be quite difficult.

President Trump is among the many world leaders offering support and condolences for the people of New Zealand.

My warmest sympathy and best wishes goes out to the people of New Zealand after the horrible massacre in the Mosques. 49 innocent people have so senselessly died, with so many more seriously injured. The U.S. stands by New Zealand for anything we can do. God bless all!

Every decent, moral American also offers their condolences to the people of New Zealand, and we pray for swift justice to the evildoers who took part in committing this terrible act.