What did Home Equity Loans have to do with the Credit Crisis? 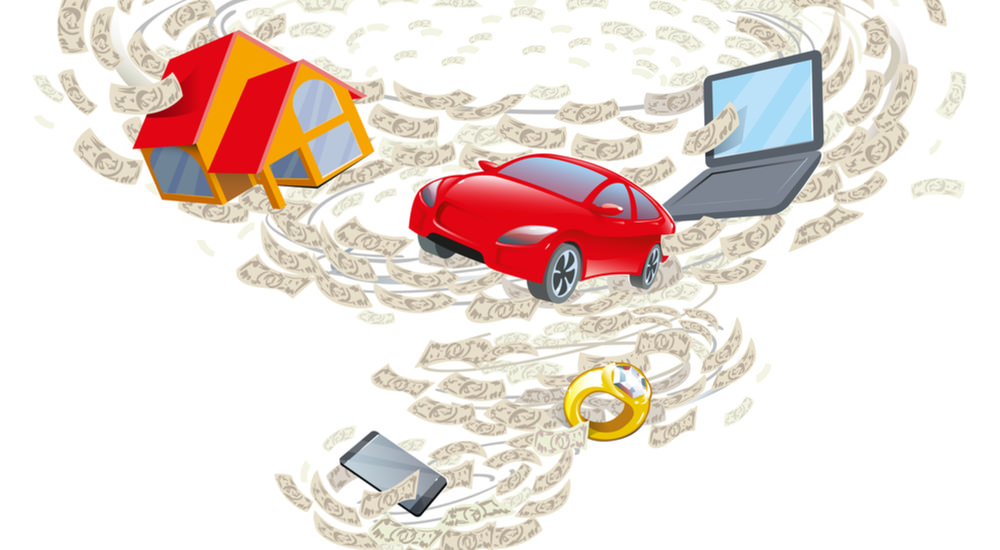 As the credit card debt was disallowed on tax returns the need for credit that was less expensive arose.  Presto.  You could borrow against your home equity and use the tax deduction for your newly found credit.  So many homeowners turned to their equity as a source of credit and never dreamed the equity could shrink as home values dropped.  This was instigated by the government who saw a source of tax revenue by eliminating credit card interest deductions.  Again we see how the government in its never ending search for taxes to pay for its deficit spending convolutes the market by forcing taxpayers to seek shelter from their greedy gorging.

The politicians have a silly notion that if they can keep the market going by way of credit expansion there will always be sources of revenues that they can tap for political pandering.  What they fail to understand ( or evade) is that the credit market has some inalterable rules that override their manipulations.  These rules are really quite simple and easy to understand not like the volumes of regulations that require interpretations and consultants to make a best guess.

One basic rule for the credit market is there has to be a surplus from which to borrow.  All lenders must keep a reserve that allows them to meet cash obligations if withdrawals or debts start to mount.  Congress has no reserves yet spends as if it did.  Printing paper money is not a reserve but a sure method of fueling inflation and eventually making the paper money worthless.  This has been proven countless times yet Congress thinks it can defy reality and nothing will happen this time.  In their naive foolishness they think the spending that got us into debt will somehow get us out of debt.  They believe they can kick start the economy by an infusion of cash and credit and the resulting revenues and profits will be tapped to continue their reckless spending for political pandering.

Since not everyone had a house with equity to tap into the politicians thought if they could get more home ownership through such mechanisms as the Community Resources Act the expansion of the use of home equity would fuel more spending and a greater source of revenue to tap into for the government.  The thing they didn’t consider was their ignorance of how credit works.  Bringing in under qualified home buyers only led to bad loans and foreclosures, a glut of houses on the market, falling prices and lenders with nothing for reserves.  All of this was the result of the government trying to manipulate the housing and credit markets.

Of course the credit market distortion brought out the inefficient producers such as the big three auto manufacturers who had given into union demands for wages and benefits that could not be sustained and were not competitive.  Now the government, without any sense of business understanding, thinks it must do something to turn the economy around and that something is to bailout by way of a loan these labor bloated companies.  This will not make the companies more efficient or profitable.  It will only delay their demise.

The other problem the government has created is they have created ( like the sorcerer’s apprentice) a flood of requests from all the industries that are unprofitable, inefficient and must live on borrowed money and time.  Congress and the President and then President Elect Obama were punch drunk on solutions that start with stimulus packages and more deficit spending.  This is the opposite of what should be done to get America on the right track to fiscal soundness.  The cure will be painful but sure.  The pragmatic spending panacea will be much worse.  The emerging inflation from pouring paper dollars into the market will make the market more unstable than ever.  We saw a prelude of this during the Carter years.  That was tame compared to what we are facing now.

The cure is to immediately stop rewarding the inefficient and forget that notion that a company is too big to fail.  Many steel companies failed in the past and the economy recovered.  Many retail giants failed and the economy recovered.  The bigger a company is the more companies are required to make up the shortfall if they run at a loss and require government tax revenues to bail them out.  This puts a burden on the marginal producers and they too fall back on a need for a government bailout.  This is easily seen and understood and denied and evaded by the majority of politicians.  They are blindly reverting to their fundamental interest of election and the short term consequences that deficit spending appears to generate.  Like a shopaholic they spend with abandon saying they must “act’ to save the economy.  It won’t be done by government spending or loans or fiat money poured into the market.

It is not an issue of Congress having the will but a lack of economic knowledge partly because of an unwillingness to consider the nature and role of a proper government.  If you simply look at the way private business operates and the principles it uses you know government does not and cannot operate that way.  The government has no bottom line to guide its revenues and costs.  It is totally nonprofit which means it spends what it allocates and continually asks for more.  It cooks the books and distorts reporting to meet political objectives such as creating a Boskin Commission to misreport the actual rate of inflation to avoid the high cost of living increases to Social Security.

The current crisis should give pause to the intellectuals that teach in the universities and pontificate in the New York Times to consider how what they have proposed and are teaching correlates with what is happening in the real world.  The Keynesian mantra just doesn’t fit.  The government cannot control the economy and never will.  It will invariably distort the market and create the very results it deems undesirable.  Just as the various religions preach peace and end up with war, so too the governments that talk about controlling a stable economy end up in chaos.  The method not based in reason and relying on faith to succeed only generates a false hope, a failed experiment and misery.  It is time for the government to bail out of the business world before they destroy any remnants of the American dream.  Theirs was only a small part in a grand play that they were not cast to star in.  It is time for a final bow to a very poor performance by a group of clowns that had no business trying to steal the show. The reviews are in and the verdict must be “thumbs down.