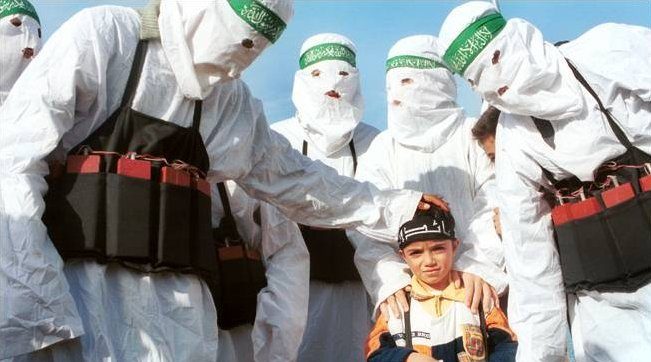 Consider the violent nature at the heart of Islam. Consider that Islam is beyond reformation during this century. Consider that moderate Muslims are simply terrorists in a queue waiting for their imams’ call (fatwa) to “holy war” and martyrdom; that many mosques, such as the Islamic Center of Boston and Nashville and Orange County, all carry and advocate Islam’s message of hate and violence. Consider the decades long list of Muslim immigrants, Muslim converts and U.S. born Muslims – second and third generation – who have plotted and/or committed acts of terrorism against America and U.S. soldiers serving across the Middle East, from Ramzi Yousef, Anjem Shukrijuma and Adam Gadan to Mir Amal Kansi, Anwar Awlawki and on to the Tsarnaev brothers and Syed Farook, and one can only determine that Muslim immigration should be halted immediately and permanently.

On March 9th, 2016, Tairod Pugh, a U.S. Air Force veteran and a convert to Islam, was convicted on felony charges that he tried to travel to Syria to join the Islamic State. In a letter to his wife, Pugh had stated his desire for martyrdom, and he pledged to “use the talents and skills given me by Allah to establish and defend the Islamic State.” And then, on March 14th, Mohammed Jamal Amin, a 27 year old Palestinian-American from Virginia and a member of the Islamic State terror army, surrendered in Sinjar (northern Iraq) to Kurdish Peshmerga forces: Scores of Americans are already fighting for the Islamic State, and a real potential exists that they will return to America for the purpose of unleashing horrific acts of terror on our country and our people.

U.S. Muslims, who may really seek to peacefully practice their “religion” under their First Amendment rights, face a conundrum, since Islam is essentially an ideology that demands the submission of all it reaches, seeking to supplant any existing order. Its theological hierarchy, the muftis and ulema, is all too willing to sanction violence in order to achieve this end; these Muslim clerics readily violate everyone’s rights, whenever those rights conflict with the teachings of Mohammed and the Koran, and they command their followers to do the same.

In Muslim 31:5917, Ali, Mohammed’s son-in-law, questioned a plan to rob, kill and enslave the people in the peaceful farming community of Khaibar, when he asked, “Allah’s Messenger, on what issue should I fight with the people?” Mohammed replied, “Fight them until they bear testimony to the fact that there is no god but Allah and Mohammed is his Messenger.” Khaibar was attacked simply because its people were not Muslim. And this same path is still being followed by Islam today.

How many times have millions of Americans watched videos of Islam’s imams proclaiming that Sharia law will rule America one day? How many more attacks by these Islamofascists must America suffer before Her people rise up and act decisively to halt all Muslim immigration now?

President Obama and other Leftists have suggested that denying a person entry to the U.S. because they are Muslim amounts to “a religious test”. Obama also called such a plan “un-American … offensive and contrary to American values.” They seem to forget that President Jimmy Carter, a Democrat, banned Shiite Muslims from the U.S. and deported 15,000 Iranians in 1979, after their attack on our U.S. Embassy.

Several U.S. cities across America, from Michigan to Tennessee and California to New York, are quite close to becoming “No Go” zones and sanctuaries for Islamofascist terrorists, similar to the 750 “Sensitive Urban Areas” in France. According to FBI Director Comey, Al Qaeda is currently operating in all 50 states.

As the Obama administration seeks to bring between ten and one-hundred thousand poorly vetted Syrian “refugees” into America this year, it is worth noting that Japan does not accept Muslim immigrants, and America’s own historical norm, since the days of Ellis Island, has been to refuse entry to undesirable, subversive, criminal and unassimilable foreign elements. Tight immigration controls remained in place between 1924 and 1965 under the National Origins Act. Muslims hold no inherent right to immigrate to America.

History does not detail any example __ not one __ of large numbers of Muslims ever assimilating into a non-Muslim culture. In fact, just the opposite occurs. As the Muslim population grows, it strives for preeminence and the domination of its host nation, just as witnessed in India, Cyprus, Lebanon, Nigeria, Serbia and many other nations.

In nations where huge Muslim majorities already exist, where are the Christians? Where are the Jews?

The fairly recent cases surrounding Pugh and Amin should alarm us, for good reason. A slight majority of Muslims prefer Sharia law over U.S. law, according to numerous polls, and PEW polls show that 25% of American Muslims state that it “is legitimate to use violence to punish those who give offense to Islam.” Our intelligence agencies have acknowledged that Al Qaeda continuously seeks the acquisition of nuclear, chemical and biological weapons from the Chechen rebels, old Soviet stockpiles and elsewhere.

Although I hesitate to use the word “lucky”, especially in light of the real horrors America experienced on 9/11, in Boston, Chattanooga and San Bernardino __ America has been lucky to this point. as good as our intelligence is presumed to be of late, the aforementioned cases reveal very real vulnerabilities, that, when combined with the Islamic State’s millions of dollars, our porous northern and southern borders and flawed immigration policies, present a disaster of mammoth proportion in the making. It is not a question of “if” America will be hit again, but rather, it has become a question of “when” and “how hard” will America be attacked.

Doesn’t America already have too many of “the enemy” within Her borders, without importing more Islamofascists from the sectarian wars across the Middle East?

One might think it cold-hearted for America to turn away Muslim “refugees”, but it is even more cold-hearted for Muslims arriving on our shores to smile and caress Lady Liberty that day, as they bear their plot to destroy Liberty and American lives on another day. Let the U.S. Special Forces kill these Islamic State bastards first, in Sinjar, Mosul and Aleppo and every other place they step foot, and let the U.S. Courts deliver orders for the executions of all U.S. Muslims who commit treason against our nation __ and in the meantime __ Let’s not allow America to be overrun by Islamofascists who murder us in our own streets upon every opportunity.