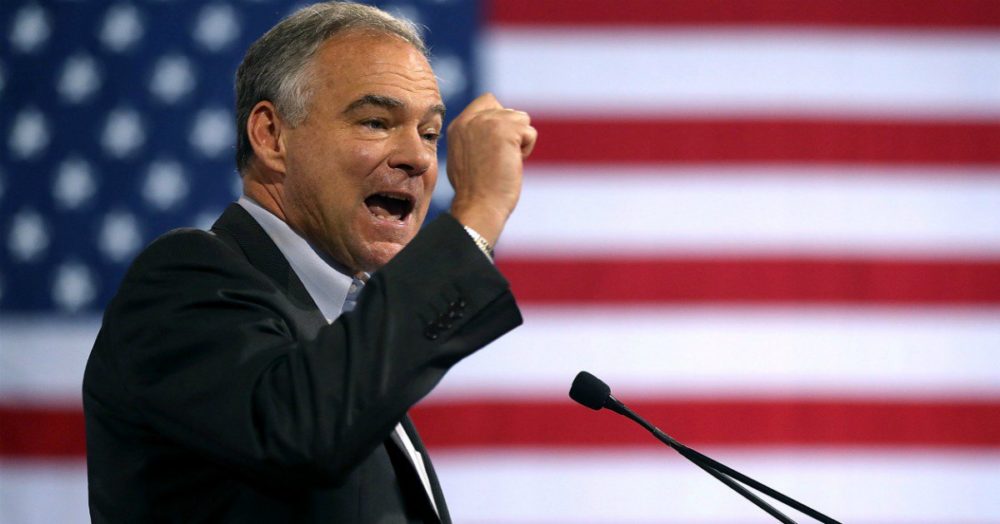 Kaine’s acceptance speech was a study in how liberal Democrats campaign as conservatives.  He proudly spoke of his Republican friend who is now voting Democrat because, he said, Trump is a racist corrupting the party of Lincoln.  The modern Democrat Party is built on the lie that Lincoln was a Democrat and the KKK is Republican.  Though I could rip apart his entire speech no one will read that much, so I’ll pick apart three key statements:

Kaine’s son is a Marine

Well that just conveys immediate patriotism on all Democrats doesn’t it?  Forget that Obama’s cut backs have shrunk the military to smaller than it was before World War II.  Forget that Democrats scorn everyone who enlists as doing so because they couldn’t find a job.  Forget that Republicans had to remind Democrats to put out the American flag at their convention.

Kaine says he believes that Hillary will keep his son safe [by not engaging in unnecessary wars.]  Tell that to the men at Benghazi.  (Oh, wait, Hillary did keep the Marine guards safe by withdrawing them completely to leave the embassy in the care of local militia for protection.  Then she and Obama denied any rescue leaving the Navy SEAL contractors to die saving the embassy staff (but Democrats don’t care about them because they’re “mercenaries.”))

And if his son is not going to fight ISIS, who will?  Iran?  Russia?  They are more intent on expanding their own power.  How is it these leftist hippie Democrats think they can put on a suit and portray themselves as patriots?  Along with reducing our military, Obama Democrats are pressing our allies to accept Moslem immigrants who are terrorizing their populations, they’re buddying up to middle eastern Islamist despots, sitting back to watch ISIS and Iran take control of the region, while giving Iran $150B toward their nuclear program.  Democrats want to keep America strong in the world, he says?  What Democrat Party is he talking about?

That the Obamas haven’t even released their college records, and that Barack Obama’s tax records are worthless without the additional records of his alias, Barry Sotero, doesn’t phase Democrats.  And what about Hillary’s foundation whose records remain sealed?  That doesn’t concern them.  The party that used the IRS against the TEA Party has no use for tax records except to claim Trump “didn’t pay his ‘fair share.’”

Hillary has plans to create jobs…