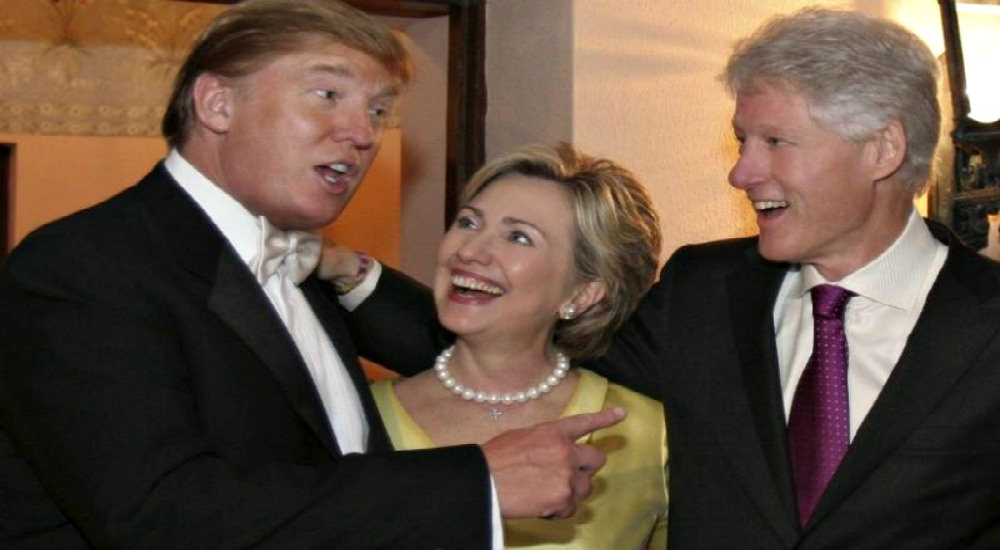 I’m not a fan of Donald Trump. The latest revelation of a recording made in 2005 in which Trump brags about his boorish behavior towards women is partly why. But since this diversion seems more important to Americans than the mess that President Obama has made of health care, foreign affairs and our reputation among both allies and others, as we elect our next president, it seems a fair comparison between Hillary Clinton and Donald Trump in such matters is appropriate.

Trump has been married several times and cheated on his wives with other women. Apparently – taking him at his word — he has fondled others and felt proud about his ability to get away with such behavior – at least in the past. Now that this has been exposed, he has apologized.

Bill Clinton engaged in similar behavior from his twenties thru his White House days. Although married only once to Hillary Rodham, Bill’s had many extra-marital affairs starting back in Arkansas, not long after he got married. Three of his targets, Juanita Broaddrick, Kathleen Willey and Paula Jones accused him of rape. All clearly said NO; Bill Clinton ignored them and raped them. With regard to such behavior the “icing on the cake” was – while President of the United States — his seduction of a young White House intern, one Monica Lewinsky, with whom he engaged in consensual sexual activities, mostly fellatio, in or immediately next door to the Oval Office in the White House. When later questioned under oath about this behavior, he denied it. He didn’t know that Lewinsky had kept a semen-stained dress as evidence.   Bill Clinton was later impeached for perjury and lost his license to practice law.

One might ask, so what? After all, it’s 2016 not 2000. Bill Clinton is not running for president, it’s his wife Hillary Clinton who is. Ah, but Hillary is a big part of the story. She is guilty of serous anti-woman misbehaviors related to her husband’s lawlessness. When confronted with clear evidence of her husband’s sex-related mistreatment of other women, it was a small leap for Hillary to expand her lawlessness (years of illegal influence-peddling starting in the 1970s in Arkansas now big-time via the Clinton Foundation) to publicly trashing the reputations of any woman who would dare step forward and complain that she had been raped or otherwise abused by her husband. She and her people did this to every women who alleged mistreatment by her husband – little doubt that the prospect of being treated this way kept other women silent. Indeed, the Clintons were forced to pay Paula Jones nearly a million dollars in damages to shut her up.

So here’s the comparison: Trump – as a non-politician – took advantage of his power and fame to behave boorishly towards certain women. Politician Hillary Clinton attempted to destroy the lives of any and all women who dared come forward to complain that her husband had raped them.

I don’t like Trump, but Trump is clearly the least offensive of this trio. Thus if it’s somehow meaningful to drag Trump through such mud, it’s time that Hillary’s destruction of the reputations of women who accused her husband of rape get the attention Hillary’s anti-woman behavior has deserved all along.

But don’t hold your breath awaiting the New York Times to agree. After all, they broke this story two evenings before Trump meets Hillary Clinton in a debate Trump badly needs to win.

Trump will get my vote — if for no other reason than he’s non-politician fighting the machine.