Hillary’s Penance is Paper or Plastic 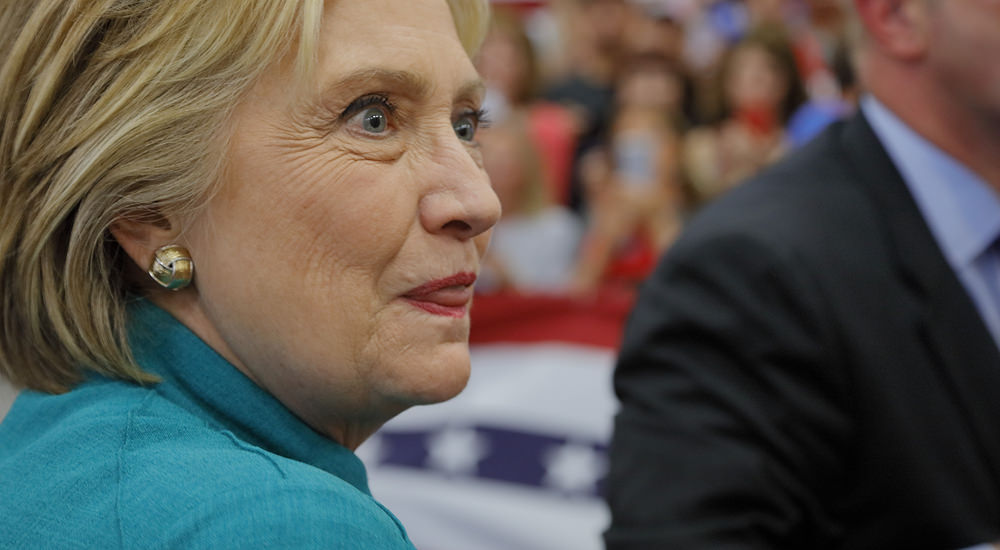 According to Pope Francis, not the living Pope, if lying to Congress is a sin; Hillary Clinton should “serve out” her penance writing on a blackboard one hundred times, “I will not lie to Ohio Congressman Jim Jordan and I will certainly not lie to South Carolina Congressman Trey Gowdy.”

Also if turning over emails she concealed from Congress, Judicial Watch, and Citizens United on 30,000 sheets of paper caused the deaths of many innocent rain forest trees; Clinton should atone by delivering all her future hidden emails electronically, digitally, in a form searchable by key words and proper names. Such acts of contrition, we and the Pope know, will end Clinton privilege, that scourge of the earth nearly matched, in competition only with that other vermin filled scourge of the earth: White privilege.

Pope Francis in a recent address delivered in observance of The World Day of Prayer for the Care of Creation claimed people around the world are destroying “the biological diversity of God’s creation,” degrading “the integrity of the earth by causing changes in its climate,” and contaminating “the earth’s waters, its land, its air, and its life–these are sins.” He further stated, “To commit a crime against the natural world is a sin against ourselves and a sin against God.”

To end God’s remembrance of these our ecological sins, to make amends Pope Francis recommended, “avoiding the use of plastic and paper, reducing water consumption, separating refuse, cooking only what can reasonably be consumed, showing care for other living beings, using public transport or car-pooling, planting trees, turning off unnecessary lights, or any number of other practices.” Problem solved.

Some sins are real. Others are not. Real sins, whether revealed to us in nature, digitally or on paper, are an affront to God, individuals, and nations. Unreal sins include a category of violations said to be committed against nature and things. Yes. We can mistreat, waste, and destroy a limited amount of nature and things, but nature and things are not the party offended by what we have done. To charge such gives personhood, consciousness, to a part of Creation not made in God’s image, lacking any means of discovering or acknowledging offense. That which Pope Francis calls a crime is part and parcel of man subduing the earth and exercising dominion over the living. That which has no life in it, subdued. We the Living: ruling and being ruled, a hierarchy long ago having been established.

Genesis reveals God’s directives for man and woman, God’s Rules for Society, in the first chapter: to be fruitful and multiply, to fill the earth, to subdue the earth, and to have dominion over all living things: whether on the earth, down under the earth, in the water, or up in the sky. Those offenses Pope Francis has labeled sins are what St. Paul refers to as, “All things are lawful to me, but not all things are expedient.” Or as an accountant might report, “Some costs of doing business were reasonable. Other expenditures damaged our bottom line….”

Consider the obligatory question asked at the grocery checkout counter, “Paper or plastic?” According to Pope Francis the On Earth as it is in Heaven answer is, “Neither. I’ll just use my hands.” God’s directive was, “Live, subdue, multiply, fill.” Not, “Curl up, whither, diminish, and empty.” This helps explain the text where one person can eat meat. For him to eat meat is not a sin. Where for another person it is said he cannot eat meat. For him to eat meat is a sin. Meaning a sin regarding the consumption of meat is not against the hamburger or cow destroyed.

The sin is against He who prohibited Adam and Eve from eating fruit taken from the tree of the knowledge of good and evil. Ever since it is an individual’s and a nation’s responsibility to not do what he believes or knows to be wrong; whether it is wrong for anyone else to do or not. We sin against God and others, not against cows and things, regardless whether we violate known law, conscience, or reason. Then there are the sins of omission….

So we have posited nature lacks personhood, nature has no means of personally being offended, meaning the Pope’s warning regarding sinning against nature is reduced to so much hyperbole. Meanwhile we suspect Hillary Clinton has broken known laws. She has actually sinned. As penance, Loretta Lynch and James Comey have recommended Clinton write on a blackboard and abandon her use of paper and plastic.