Hillaryest, Trumpster, and Bad Bernie – Things are Getting Ugly 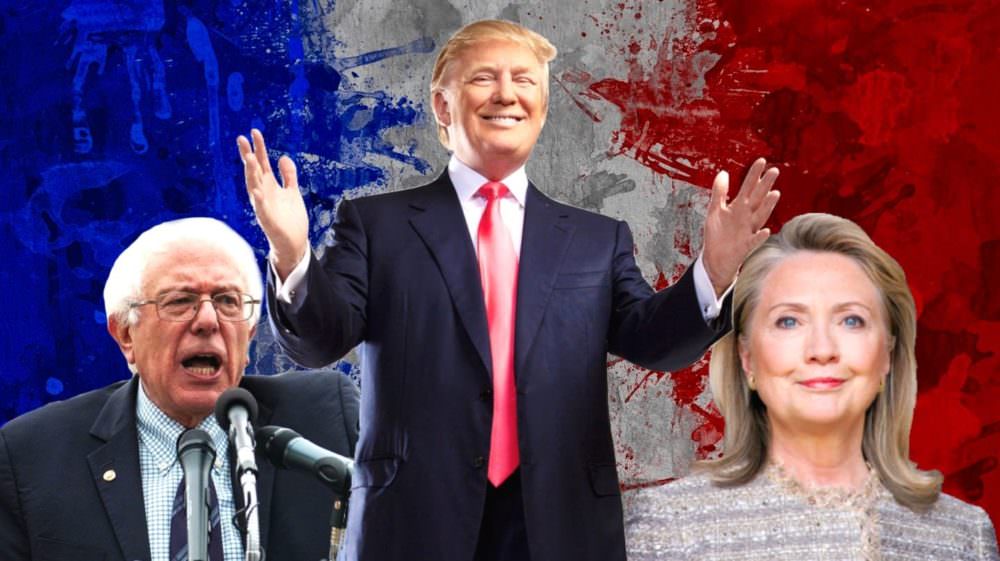 THE CHILDREN ARE PLAYING ROUGH AGAIN.

HILLARY (Clinton) has declared Donald Trump unqualified for the Presidency. Of course she uttered the same words about Barack Obama in 2008. Does she debase all her opponents in this manner, to distract from the fact that she is most definitely not qualified for the Oval Office? As I have stated previously, she has a lot of baggage, a propensity for a lack of truthfulness, and a lack of self respect. The later showing when she sacrificed her dignity in the handing of the situation when her husband, then-President Bill Clinton, betrayed her, and disgraced the Oval Office, with his tryst with a young intern. I do believe that her guarded reaction to this embarrassment was directly related to her future plans to seek the Oval Office herself.

BAD BERNIE (Sanders) of course is denying his involvement in the violence at campaign rallies of his opponents. Although he has no chance of catching Hillary in delegates, he supposedly proffers that he will attend the convention and attempt to change the count on the floor. He has also threatened a third party run. He just may do that as he has changed his affiliation each time he has run for public office. This portrays a definite trend of non-committal behavior and a certain immaturity toward team loyalty. He changes his colors rather quickly, does he not? (If anyone should find Waldo, see if he knows where the REAL Bernie can be found).

DONALD TRUMP, in my opinion, did not display a Racist attitude in his criticism of the sitting Judge in the case concerning the Trump University. What he is doing is showing a bit of immaturity. That does disappoint me, but it does not deter me from supporting him. He himself has been the object of so much badgering, by so many of the elite establishment in Washington, D.C., that one cannot help but show an indication of immaturity and/or paranoia. There are many attempting to derail his run for the Oval Office, as they know very well his winning would be a terrible blow to their comfortable life and lifestyle. I have, many times, stated I will not support another Politician mainly due to their reaction to him, but mostly due to their actions over the past eight to ten years.

It has been more than obvious if one is paying attention, that their first and only agenda is for themselves.

It has been said that Politics makes “strange bedfellows”. Indeed it does. It also makes Narcissistic tendency’s and self-ingratiating attitudes to raise their ugly heads.