Hillary: The Details of Who She Is 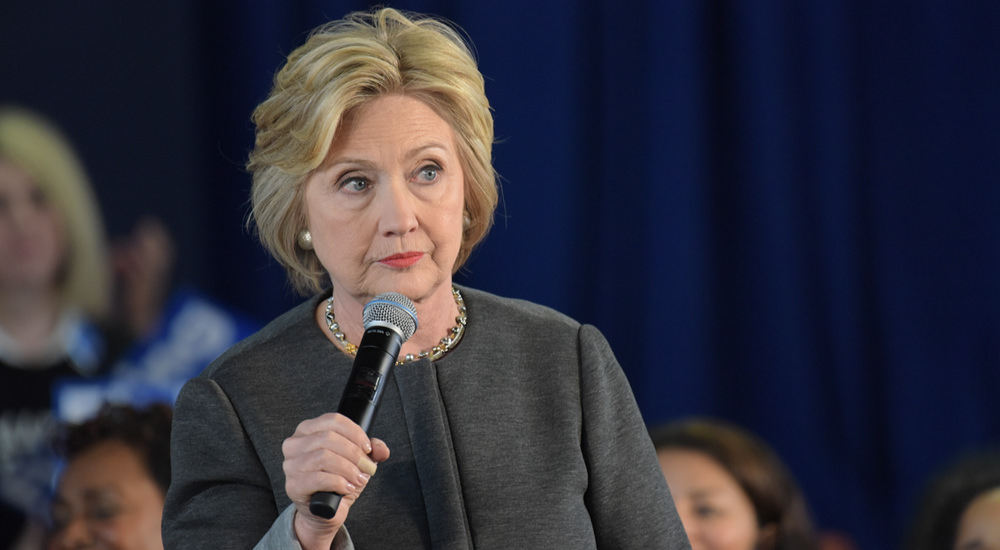 NO HACKING REQUIRED. Hillary set up an unsecure private e-mail server, for which the FBI said she was extremely careless but no indictment. In information that came out later, it was discovered that one lap top, five IPads, and thirteen black berries had been lost. Some classified papers have been left unsecure in a vehicle.

Hillary had set the reset button with Putin and sold uranium to Russia. Bill generated income from giving speeches and running the Clinton Foundation. Some of the speech income was from Russia.

Now Hillary loves an apologist of which President Obama qualifies. He has continually belittled the U.S. and cut down its greatness. President Obama has drawn lines in the sand and then did not back up that line. With this in mind is Obama a strong leader?  When the U.S., backs down in Crimea, Ukraine, and Syria to Putin, does this make Putin a leader? Was Donald Trump praising or stating fact about Putin?

ABOVE THE LAW. When one is or has contact with a governor, president, or attorney general, true justice can be buried. The depth of the investigation and outcome is decided at the beginning. With the Clintons there have about fifty deaths of coincidence: witnesses, investigators and co-defendants.

James Comey gave Hillary a free pass on both the e-mails and Whitewater, no indictment but questionable activity. There were grants of Immunity from prosecution. Agents could be denied work on the case, if they disagreed with the objective.

Hillary Clinton as Secretary of state is close to the top in dealing with national security. She is allowed to be extremely careless while others serve time for small infractions.

PARTIAL TRUTH. Hillary is a champion of using the partial Truth. The Kahn family was used as an anti-Trump on immigration policy. The son was killed in 2004 before Fort Hood and Isis. Mr. Kahn is an immigration attorney who deals with Green Cards and driver license. Beauty pageant contestants sign a contract to keep in condition, Miss Universe. In 2008 Obama’s birthplace was in question because of an ad campaign for and a Muslim father. Donald Trump was willing to pay to end the speculation.  The veteran who brought up PTSD was crying for help. This is a counter to treatment that Obama has treated veteran

Tax laws are the same for all, but some are able to take more advantage. There is an alternative minimum tax (AMT), for higher income people. After the tax is figured, there are credits to reduce or eliminate the tax. There are ordinary, net loss carry backs and forwards from schedules C, E and F. Then there are Capital gains and losses on the schedule D. I doubt if very many people can understand Trump’s return.

The Clinton return is a case in point. Their charitable deduction is to themselves. With them it is not the 1040, but the return or report of the Clinton Foundation.

What Trump thought of the Iraq war is only his opinion, so what he said then means nothing. Hillary was a senator. The intelligence or lack thereof deals with 911 and the Iraq war, originated under Bill Clinton.

SECURITY. She is secure with her armed guards; they have the guns. Sanctuary cities and Kate’s law are of no concern. Her living will be above the refugees. Knives, bombs, and brute force will not exist. Does Hillary have a plan to stop the terrorist and riots that are destroying our cities? We need law and order, but there are social problems to be corrected. Justice reform, job creation, and educational opportunities can cut violence.

RELIGION. It can be very personal or very general when defined as a set of values. Using the name of a major religion or denomination is a beginning point. The very personal is to cherry pick different values to form their own religion. The LBGT matter does not fit Islam or Christianity, but you one is protected by law in the U.S. We are supposed to have freedom of religion, but can we have one that is not compatible with democracy? Even the Roman empire controlled death sentences.

INCOME SOURCE. The Clintons have lived for the most part off the taxpayer, from their positions in government. This is both salary and the ability for contacts. Trump has spent his own money, or those who voluntarily give.

A VERY SAD FACT.  It is bad when the American public has to depend on a leak or a hack to get the truth. Seeing careless disregard for national security, and keeping other information as hidden as possible to cover lies and corruption. Weighing the importance of the item or actions. Actions speak louder than   words, but words are not deaf. One has to listen carefully to determine if it is satire or puff.  Should a crude or lewd remark without action from the past, kill a future good?