Hillary says Trump has Something to Hide 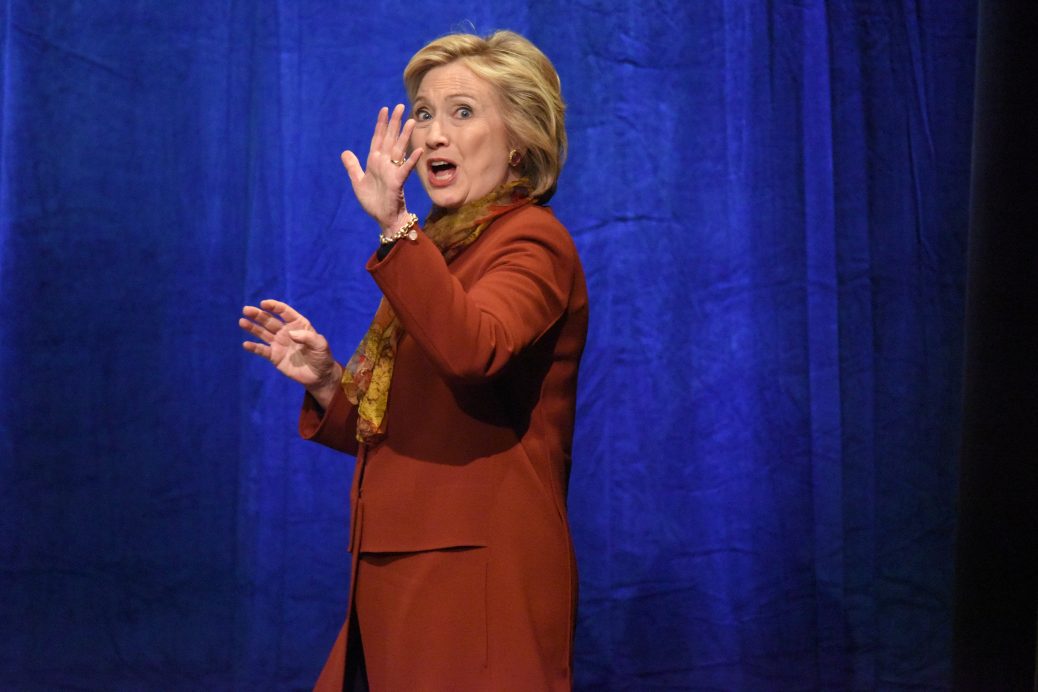 The Bleachbit Queen says Trump has something more nefarious to hide in his taxes that the IRS went thru with a fine tooth comb than she has in her emails that she attempted to burn out of existence.

Clinton is condemning Trump as hiding something by refusing to release his tax returns.  Hillary released one tax return from last year that was crafted for public release this year.  She released nothing from previous years as she and Bill raked in millions from Wall Street bankers for “speaking fees.”  And she certainly won’t release any records from the Clinton Crime Family Foundation that has laundered hundreds of millions of foreign governments buying access to the State Dept.

But that’s not what makes her statement a cosmic joke of galactic proportions.  As Gov. Mike Huckabee pointed out; this is a woman who hid a server in her basement, burned her hard drives of all federal documents, and smashed her electronic devices with hammers to keep the FBI from finding evidence of her corruption.  This is a woman who has spent 20 years at the top of Washington government who says she was never trained and doesn’t recognize classified material.  Donald Trump has had to report to the government abiding by laws, while Hillary Clinton has kept secrets from the government and been above the law.

Trump’s taxes are significant only as fodder for Democrat hacks.  He should make the same offer Hillary made – release his private information AFTER the election.  (Obama has never released his.)  It doesn’t matter how legal or upright his taxes are because like Romney, who gave 20% of his income to charity, the story will be he only paid the 15% in capital gains taxes, which is a benefit of retirement.  To Democrats this is a crime even though it’s a loophole they created for their rich friends when they controlled Congress!

What’s more significant is Hillary hiding as the liberal media tries to destroy Trump.  Hillary is best seen and not heard as the sickly old woman tries to sit back and let her Democrat media rodents attempt to savage Trump.  But when Trump goes to meet with the Mexican president he appears a towering figure of presidential power without even yet being president.  This causes their mudslinging smear campaign to slide off onto the floor and their efforts as Democrat hacks to become more visible with every passing day.  Hillary, in contrast, not only has Rush Limbaugh living rent free inside her head, but also Sigmund Freud.

Hillary says presidents shouldn’t have to disclose their criminal history

Obama, who has ramped up his sabotaging of America’s future, appointed a Moslem Sharia judge to a federal court.  As one of the three major issues of Trump’s campaign; stop illegal immigration, rebuild America’s military and coalition of allies, and destroy the Islamic Jihad, this act is even more of a betrayal of America.  No judge who advocates that Sharia law should displace the Constitution should ever sit on an American court!

It is this kind of action that Americans will not tolerate and why we need a man like Trump who will undo the damage Democrats have done in the past eight years.  No doubt Obama’s counting on enough voter fraud to put Hillary over the top and then supplant her vice president with himself, so that when the sickly old woman kicks it he will have his third term to complete his task of taking down America.  Democrat corruption has sucked so much wealth into Washington that the rest of the country is wallowing and even Hollywood actors are turning on their liberal Democrat Masters.