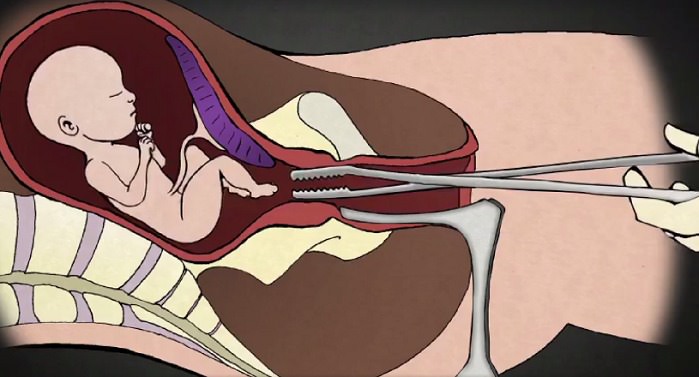 Let’s be blunt while putting this election in perspective.  When you vote for Hillary, or don’t vote for Trump, your vote actually pulls the switch to cruelly execute over five million (more) innocent babies. This is NOT simply executing inconvenient babies who have done nothing wrong, mind you, but viciously cutting and tearing each little life apart, limb by limb, while they silently scream in agony.
Little babies in the womb FEEL AGONIZING PAIN just as we do…every poke, cut and the tearing off their little limbs one by one. This has all been confirmed by medical science. Yet you are ready to offend God so severely by choosing Hillary’s favor over God’s Will? Surely you have more sense than that.
Paid-off voters who take part in this unthinkable cruelty—by voting Hillary—makes you each an accomplice, eventually bringing you face to face with God Himself with severe consequences. Each of you will be judged and experience 100 times more excruciating suffering than the babies you killed by voting for a woman with no heart, no soul, who has no regard for human life and hates God.
Yes war has been declared on babies by Democrat Communists who seem to want NO babies to be born. For example, according to Life News, a Federal Judge just blocked an Alabama law to ban dismemberment abortions that tears babies apart, limb by limb so they can be more easily sucked from the womb.
That  judge is U.S. District Judge Myron Thompson, who also issued a preliminary injunction against a second law prohibiting abortion facilities from doing business near elementary and middle schools, according to ABC News reports.
The dismemberment abortion ban has the potential to save hundreds of unborn babies in Alabama. In 2014, there were 594 abortions in Alabama that occurred in the second trimester or later, the Montgomery Advertiser reports. Dismemberment abortions, also known as dilation and evacuation or D&E abortions, which typically are performed on a nearly fully-formed, living unborn baby in the second trimester.
It is a barbaric and dangerous procedure in which the unborn child is ripped apart in the womb and pulled out in pieces. How can we call ourselves a civilized people when we allow such savage action against babies? This unconscionable barbarity cannot and must not be allowed to continue.
On Thursday, Judge Thompson blocked both laws, arguing that they would restrict women’s access to abortion in Alabama. Yes, this is the way of thinking for CPUSA, with no thought of consequences.
They WILL give serious thoughts to those consequences when they face the final judgment before God Himself that they will not be able to cunningly manipulate or buy their way out of.
The judge wrote in his ruling: “As explained, in the absence of an injunction, Alabama women would immediately lose the right to obtain a pre-viability abortion anywhere in the State when they reached 15 weeks of pregnancy, whereas all the State will face is that a likely unconstitutional law passed by legislators will not go into effect.”
He gave similar reasons for blocking the measure preventing abortion facilities from doing business within 2,000 feet of elementary and middle schools. He said the law would have forced two of the state’s busiest abortion facilities to close or move. The two facilities in Tuscaloosa and Huntsville performed more than half of all the abortions in Alabama in 2014, according to the state Department of Public Health.
“The availability of abortions in Alabama would be significantly reduced, and abortions beginning at 15 weeks would become almost wholly unavailable,” Thompson wrote.  Pity. Such an inconvenience for women who have no morals.
The Huntsville abortion clinic opened across the street from a middle school several years ago. According to the Times Daily, the facility administrator, Dalton Johnson, said they moved to that location after being forced out of a building in downtown Huntsville due to the 2013 Women’s Health and Safety Act. The state enacted that legislation in response to multiple botched abortions in Alabama.
The American Civil Liberties Union challenged the two laws earlier this summer on behalf of the two top abortion businesses in the state. WVTM 13 reports the ACLU argued that the laws are an “undue burden” on women’s access to abortion because they could close two of the busiest abortion facilities in the state and severely limit second trimester abortions.  One can always count on the ACLU to lead America straight to hell.
The dismemberment opposition law embodies model legislation from the National Right to Life Committee that would ban “dismemberment abortion,” using forceps, clamps, scissors or similar instruments on a living unborn baby to remove him or her from the womb in pieces. Such instruments are used in dilation and evacuation procedures.
Dismemberment abortion bans have been voted into law in Kansas, Oklahoma, West Virginia, and Mississippi. Similar legislation has also been introduced in Pennsylvania, Minnesota , Idaho, Nebraska, Missouri, Louisiana, Rhode Island, and Utah. This should and must take hold nationally.

“Alabama children should be protected by law from being torn limb from limb,” said Bill Klein, President of Alabama Citizens for Life, previously. “No human should die this way in a civilized society. It shows a total disrespect for the sanctity of human life.”

To see complete story as published by Life News, Click this link: l http://www.lifenews.com/2016/10/28/federal-judge-blocks-alabama-law-to-ban-dismemberment-abortions-tearing-babies-limb-from-limb/
And by the way, Donald Trump will put a stop to this cruel but profitable inhumane abortion industry. People, there is more at stake in this election than you can even imagine. It is an election that could destroy America as well as your own soul. This is how crucial it is.
Please pull away from manipulation and T H I N K. Don’t play Russian Roulette with that one bullet you may have to fire into your own head.
Look at this you-tube video from a man in Jerusalem regarding Trump AND his past. Our thanks to Radio Host Bob Boyd of Issues in Education (heard on over 700 stations) for finding and sending this. It is an eyeopener:
https://www.youtube.com/embed/hPp9P7_JpCs?rel=0;controls=0;showinfo=0

We Are Being Warned That A Horrifying STOCK MARKET CRASH Which Could Wipe Out Trillions Has Now Begun
January 24th, 2022 DC Dirty Laundry