Hillary plays the Crowd while Obama Pretends to be Conservative 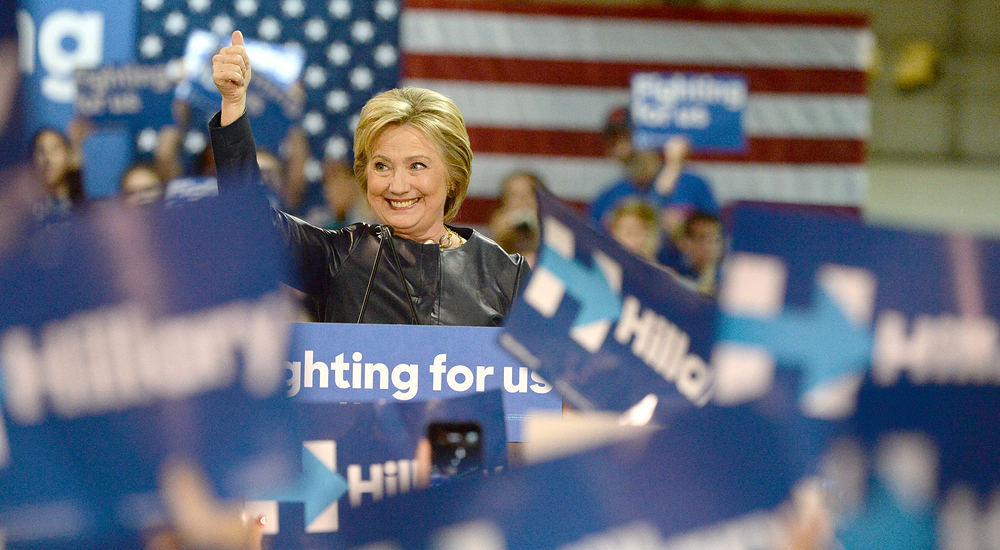 Hillary Clinton “broke through the glass ceiling” to become the first woman nominated to be president for her party.  Her acceptance speech was riddled with the expected duplicities that are the hallmark of Democrats, promising to continue the policies of Barack Obama while at the same time promising change to improve America.  This always begs the question; if Obama’s policies are so great what needs to be changed?

“And that’s why I can say with confidence there has never been a man or a woman, not me, not Bill, nobody more qualified than Hillary Clinton to serve as president of the United States of America.” – Barack Obama

Liberals always attempt their best impersonations of conservatives whenever they campaign and Obama and Hillary were no exceptions.  Obama channeled his best imitation of Reagan in his tribute to Hillary.  As Rush Limbaugh pointed out, if Obama had actually governed the way he said he did then rather than giving rise to the TEA Party he would’ve co-opted the Republican Party.  Obama’s policies have not worked to make America great; they haven’t even worked to save American jobs.  Obama’s policies and those of the Democrat Party are what have broken America and these last eight years are the proof.  Democrats trashed the economy, make America weak, and blame Republicans and capitalism.

Hillary’s acceptance speech is not to be missed.  “Most amazing woman in the world” spoke of how she will fight climate change, but not the Islamic Jihad.  She spoke of how she will end gun violence and racism, but do nothing about black crime.  Hillary said she will bring jobs back to America by punishing Republicans, but not by stopping illegal immigration.  “The most intelligent woman in the world” said she will change America to make it better by continuing the policies of Barack Hussein Obama that have given us America as it is today, the greatest nation in history of the world in decline.

To top off their convention, Democrats hit their lowest point before Hillary’s acceptance speech.  Attempting to make an obligatory salute to police with a moment of silence for fallen officers, Democrats quickly pissed upon by the officer at the podium and erupted into shouts of “black lives matter” causing the officer to end the moment of silence after just 10 seconds as the BLM faction busted out.

Democrats p*ss on Moment of Silence for fallen police