It’s Hillary, Not Trump who should Drop Out around Labor Day! 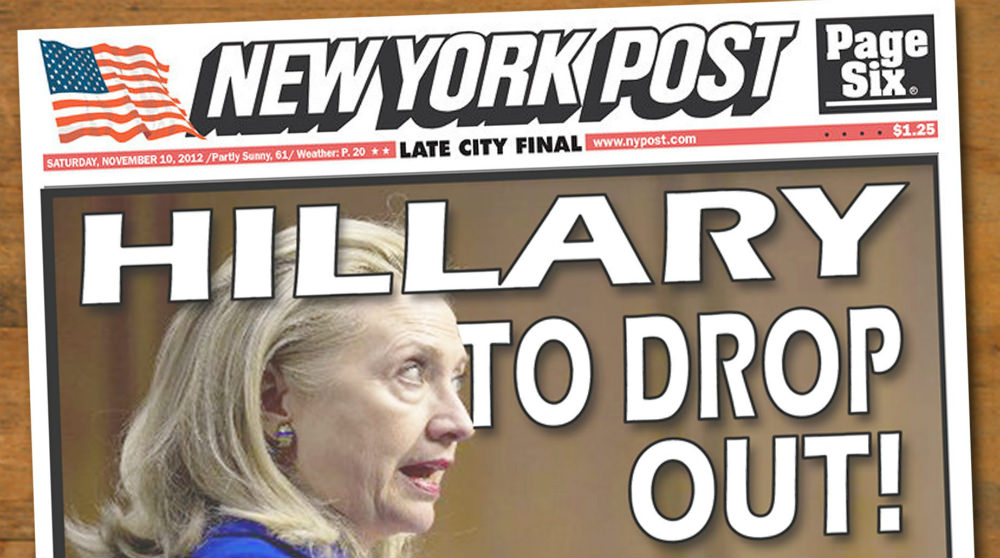 Hillary out around Labor Day not likely but should be. WHY:

Should Hillary depend on the benefit of doubt with her record? Her politics have ranged from all shades of grey through black. Do we want the paybacks to the Clinton’s and the Foundation to take place after she is elected? Is her wanting more Muslim refugees a pay back?

Could the hacks come from the NSA, for Hillary’s lack of security measures?

There are already enough chance for surprise with out Hillary adding to them.