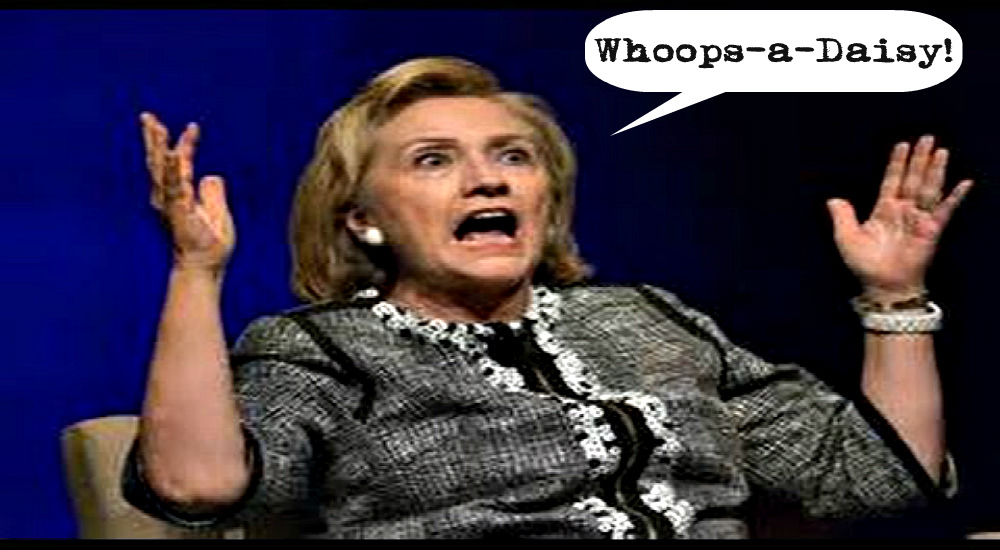 The FBI says that Hillary Clinton should not be indicted for illegally using a private email server in her basement to send classified government messages, because this was all the result of “negligence” and there is no evidence of “intentional misconduct”. She did all this by mistake.

Extreme right-wingers are attacking this conclusion. But really, let’s be fair, isn’t this the sort of mistake that people make all the time?

Probably she was sitting at her desk one day, accidentally knocked over her coffee cup, it fell against the telephone, and just happened to dial a local computer company. Then she picked up the phone intending to say, “Sorry, wrong number”, but she tripped over the words and it came out sounding like, “I’d like to have an email server installed in my house.”

When they showed up at her house with the computer, she meant to tell them that it was a mistake and to take the server back, but then she slipped on the carpet, stumbled, and ended up pointing toward the door to the basement. The service techs misunderstood this to be indicating they should install the server in the basement.

A day or two later she was probably relaxing surfing the Internet. She meant to type “cat pictures”, but she had her hands positioned incorrectly on the keyboard so instead she typed “domain name registration”. When the form for setting up an email server came up, she couldn’t figure out how to get back to the cat pictures, so she just filled out the form and submitted it, not knowing what else to do.

Then one day she had to send a classified government email and she forgot that she was at home and not at the office. So she accidentally sent the email from her personal account.

It’s perfectly understandable, just a funny series of innocent mistakes, the kind we all make all the time.

Oh, I suppose that you never accidentally installed an email server in your basement, huh?