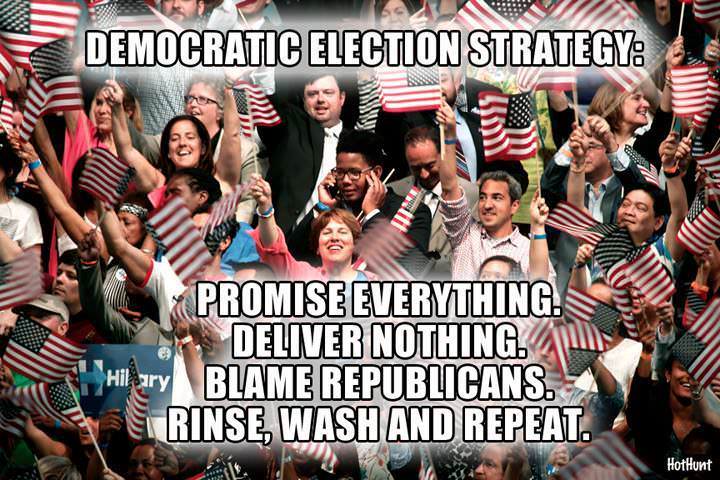 Hillary slandered every American patriot who supports Trump.  Until he ran for president as a Republican, Donald Trump has never been accused of being a racist, a cheat, or a bully.  Trump has always been righteous, fair, and a boss whom people love.  Hillary Clinton is saying everyone who votes for him is a hateful, racist bigot!

“Donald Trump has built his campaign on prejudice and paranoia.  He is taking hate groups mainstream and helping a radical fringe take over the Republican Party.  Trump is reinforcing harmful stereotypes and offering a dog whistle to his most hateful supporters.  There’s always been a paranoid fringe in our politics, but it’s never had the nominee of a major party stoking it, encouraging it, and giving it a national megaphone until now.  This is a moment-of-reckoning for every Republican dismayed that the party of Lincoln has become the party of Trump.”

What Hillary plans for America is everything Americans are not!

If Hillary wins the presidency she will appoint a Moslem to the Supreme Court to impose Sharia on America!

If Hillary wins the presidency she will allow all the foreigners who want to take American jobs, entitlements, and vote!

If Hillary wins the presidency she will give criminals more rights than citizens and make police slaves of the state!

If Hillary wins the presidency she will complete the Obama Doctrine of weakening America to crush the Constitution and strengthen our enemies!

There is no greater disaster that can befall this nation than that the lying Moslem who has torn down America be followed by the lying atheist who will cement their America hating ideology on America’s children.

If you don’t like your Republicans because they act like Democrats then elect better Republicans!  Electing Democrats has caused the deterioration of America’s culture, economy, military, and foreign policy for the last hundred years.  The Trump Phenomenon is because of Washington’s corruption that produced people like Hillary and Obama.  The Clinton Crime Family that knocked off JFK, Jr. to get her the NY senatorial seat, that killed off whistle-blowing leakers like Seth Rich who gave her emails to WikiLeaks, and who crushed and killed off anyone who stood in their way to power and wealth is the epitome of that corruption.  Republican Speaker Boehner, Obama’s ally who stopped the TEA Party Revolution, was also the epitome of that corruption.

Democrats and RINOs are the cancer and Trump is the cure!  It’s time to take the America haters that Democrats are inviting into the country and ship them out!  If they have obtained citizenship then revoke it and banish them!  This is America by God!  And we will not have these lowlifes turn it into the hellholes they left to remake it in their image!  If you don’t want to become an American then you have no right coming here to live and sponge off of us!