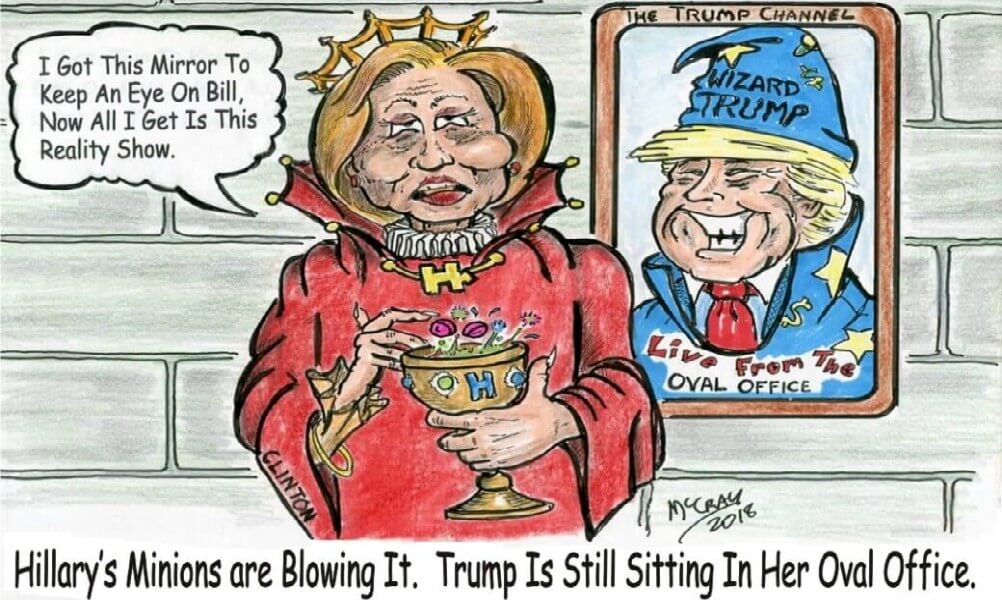 Poor, poor, Hillary Clinton still can’t accept the fact that she lost the National Election.   She is the poster child for having an excessive Ego, feeling that she is an anointed Queen and should have walked into the Presidency unopposed, maybe she needs to get professional help to get her off her pedestal.

What is really scary is the exposer of the true left that is behind Clinton, the socialist in the Democratic Party and their efforts to undermine and overthrow a sitting President.  One look at the head of the Democratic National Committee’s leadership of a hardcore leftist of Tom Perez and Keith Ellison, who is heavily tied to the Muslim Brotherhood and should be charged with adding a terrorist organization.   Is enough to show that this country has a serious threat lying in wait for the right opportunity to strike.  The revelations of the corruption in the FBI, State Department, EPA, and the rest of the upper levels of government show how deep the Socialist have penetrated.

We dodged a bullet this time and all effort should be made to remove these subversives from the political scene and put loyal Americans in those positions.  This election has proven that a subversive element is positioned to take over and rule this country.  If the Socialist get in office, the American experiment of Democracy is over and a National Socialist State will exist.