Hillary on Earth 2 would Persecute Trump 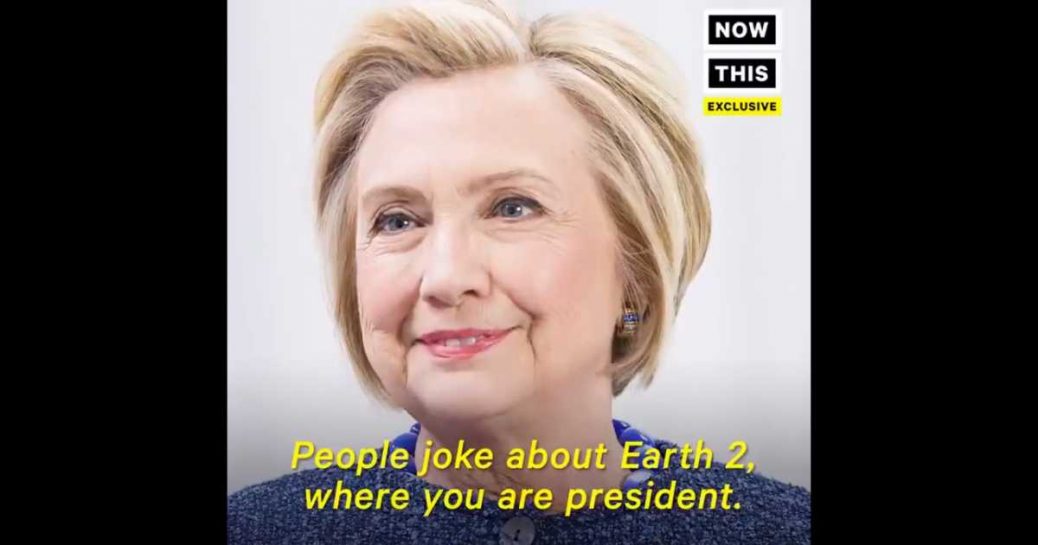 Crooked Hillary, who denounced any inquiry into her wrongdoings and criminal actions as immoral partisan persecution of defeated political opponents contrary to Americanism, declared that that’s exactly what she would be doing to Trump had she been elected!

After claiming she would never do such a thing Clinton displayed her true colors being brought out into the light through liberal fantasy of an Earth II where Hillary won the presidency.  Can you say two-faced leftist commie tyrant?

On Earth II Hillary is President

Yet again Democrats prove that they actually do what they accuse Republicans of doing when they’re not doing it.  Like Franken convicting Moore of sexual assault over unsubstantiated allegations while there is photographic proof of his own, Hillary declaring Trump has no right to investigate her possible crimes, but she would have had every right to prosecute Trump over the uncorroborated accusations that he had Putin hack the election.  Liberals circle the wagons around their perverts and criminals, while the GOP establishment is perfectly willing to sacrifice their own on the altar of liberalism.  Mueller has turned the investigation into Russia into a witch hunt by which he is persecuting Trumpsters.  Why is Jeff Sessions permitting this Democrat atrocity?  These are not the actions of honorable men, but of traitors and treacherous backstabbers.  Meanwhile, the swamp is keeping tax reform and a growing economy from becoming a reality, smearing Reagan as being responsible for the deficit that Democrats built in the process.  Leftists are the tyrants who are working to unmake the Constitution and remake America into their very own socialist toilet.

Hillary Clinton says she is above the law