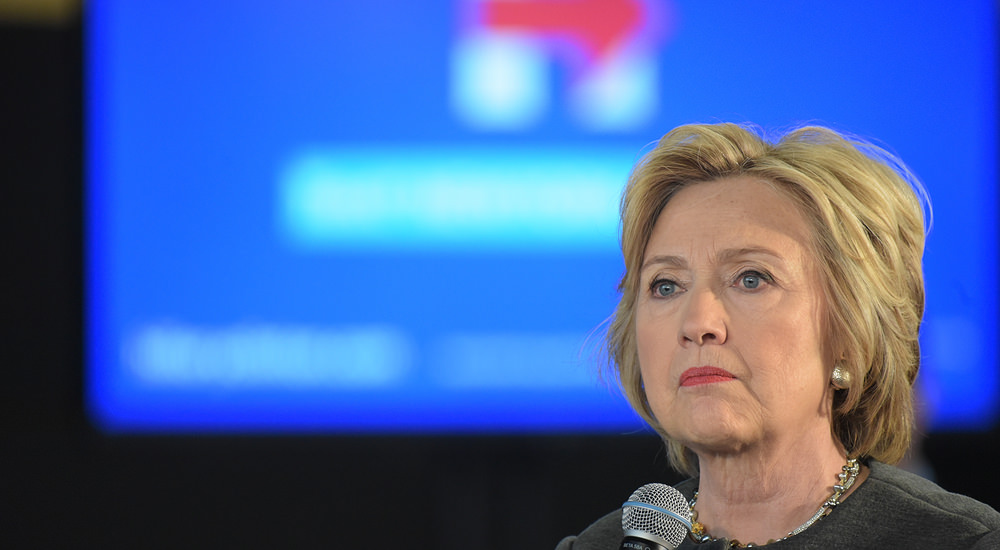 When faced with a serious problem an individual might place a call to a problem solver, an expert in the field, a consultant. The problem might be a serious health concern, a pending bankruptcy, or simply a car broken down alongside a highway. The rescuer arrives. He interacts with both the individual who called him and the problem patient, business, or vehicle. Finally the person in need asks…. What will he ask? Will it be the first question or the next question?

Donald Trump last night in his acceptance speech at the Republican National Convention in Cleveland proclaimed, “This is the legacy of Hillary Clinton: death, destruction, terrorism, and weakness.” So we ask, “Can Hillary Undo Her Legacy of Death, Destruction, Terrorism, and Weakness?”

It’s a first question. Not a next question. Does she have abilities, competencies, skills, experiences, or leadership-like qualities that can undo the frightful legacy Donald Trump has firmly and relentlessly attached to her? Does Hillary Clinton have the resourcefulness to undo what she has done? Can she fix it? Imagine, we are asking a first question of the Democratic Party’s presumptive presidential nominee, she who they claim is their best problem solver, supposedly the best candidate they have to offer; because we cannot ignore Egypt then Libya, Russian forces in Ukraine, Benghazi, ISIS, Syria, Iraq, or the squirrely nuclear deal she started with Iran. Can Hillary Clinton undo her legacy even if she wants to?

We’re advised it is quite impolite to ask a question like “can she, even if she wants to?” to a woman’s face. Such insensitive people are called insensitive, sexist, or they are accused of speaking from a position of privilege. But Donald Trump asked such a question, unabashedly. He fearlessly rushed into our burning building to protect American voters so they might not trip up or skip over the really, really important first questions they should have been asking themselves. He seems less concerned if “other” voters trip up, but for American voters (those caught up in Americanism as opposed to globalism) he is steadfastly to be found standing in the gap to warn them of their unintended error.

Not everyone wants to be remembered for, leave behind for posterity a legacy of death, destruction, terrorism, and weakness. We wonder how Hillary Clinton can be proud of her stolen Russian reset button, the deaths of multitudes of Ukrainian civilians and military at the hands of Russian troops posing as Russian sympathizers, the occupation of Crimea; a similar plight now facing other former USSR nations of Eastern Europe. We question her true intentions upon the overthrow and utter destruction of several countries throughout the Middle East, many a direct result of her State Department dealings, from Tunisia to Yemen.

Then she warns of climate change, but neglects to mention we have an even greater threat to our national security. According to her and President Obama we don’t really know what causes the shootings and explosions, but it certainly is scary when it happens. They think it might be workplace related, drug related, a result of poverty, a poorly diagnosed mental illness, religious bigotry, or one of many recently invented phobias; totally unforeseen by Sigmund Freud and Carl Jung. Americans call the scary stuff Radical Islamic Terrorism. Hillary says whatever it is, we brought it upon ourselves and we should be glad she and Obama are doing all they can to make America and the West less of a threat to the terrorists.

Weakness: best described as slowed response. We’ve heard stories of patients under the knife, in surgery, under the care of an anesthesiologist. No movement. No blinking of the eyes. No twitching of a finger to indicate to nurses or doctors the unfortunate soul is fully awake and aware of everything, including the excruciating pain. Response doesn’t get any slower than that. In Hillary’s world she prizes the full onset phenomenon, the desired effect, the lethargy of the masses: the total sacrificial devotion of the collective to the common good. Trump is right to bring up Hillary’s legacy, to define and question it.

Wow! The answers to all the questions about her are, “No.” Hillary can’t, she won’t, and she will never, ever want to. No not ever.”