Hillary: Most Corrupt Person to Run for President. Ever. 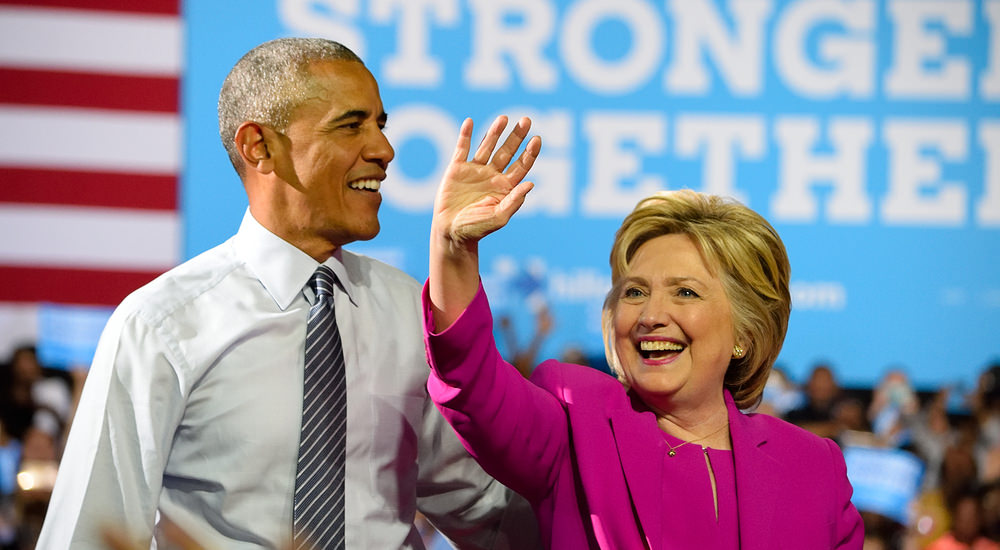 I have just heard on a radio podcast perhaps the most accurate descriptions of the characters of both Barack Obama and Hillary Clinton. At least in my humble estimation.

It was spoken by Dinesh D’Souza, a brilliant young man and political commentator. He was being interviewed by Tami Jackson about his movie “Hillary’s America: A brief history of the Democratic Party”. He described Obama as a political “idealist”, who believes in the Alinskyite ideals. As a politician, Obama desired to advance Alinsky tactics to advance progressive ideals. Hillary actually met Saul Alinsky but admired his “gangster” tactics also, without a real belief in his ideology. She is not an idealist of any sort but is only seeking to enrich herself at everyone else’s expense! She believes in whatever is good for Hillary. I think D’Souza has described them perfectly. I believed basically the same thing back in 2008, arguing that I was more afraid of Obama than Hillary winning both the nomination and presidency, for the same basic reasons. I feared Hillary less because I knew she was only for Hillary, period! Politics was a tool she could wield for her enrichment, and thus she was a greedy politician. I thought the Congress could better reign in such a person because she would be sensitive to the winds of opinion if they blew enough against her. I feared the idealist I knew Obama was because he would cling fiercely, as a true believer does, to his destructive ideas and plans. Even a majority GOP Congress would have great difficulty containing the force of an idealist who also happened to be the first African American elected POTUS.

In retrospect, I think if anything has been shown in the last 8 years, it was that I was …wrong! Actually, I underestimated how much Obama was an idealist, how much the GOP Congress would bend over for him, and how much of a disastrous politician, and ruthless, evil person Hillary Clinton really is, all while making herself wealthy in the process!

Obama has shown his particular idealistic fervor of late in various ways, as his time runs short to occupy the White House. Throughout his second term, he has pushed the liberal gun-control ideal every chance he got, including legally questionable executive orders! The same was attempted concerning illegal immigration policy with amnesty by executive order which SCOTUS shot down recently! It seems clear to any casual observer that Obama doesn’t really care what Congress or the Courts think or say, especially in this last term. He has his idealist agenda of Alinskyite and perhaps Muslim goals, and that is what he will seek to advance as long as he can, then pass the torch to Hillary.

As for Hillary, I had known about the earlier scandals of Whitewater and her “possible” involvement with the murder of Vince Foster. Of course her defense of Bill’s affairs, even defense against public accusations of rape, was well known to me. What was a surprise to me was just how ruthless and utterly reckless she was at the same time in her later career as Secretary of State. Her ruthless character was exemplified in the Benghazi slaughter leaving brave Americans dead with orders for rescuers to stand down! The fact she knew what happened, lied to the world about what happened, and disgracefully lied to the victims families about what happened show she demonstrates a ruthlessness that would make Michael Corleone blush! Her complete recklessness became evident as the e-mail server scandal, aka her federal crime, came to light! The addition to recklessness was her utter ridiculousness in denying she had indeed lied about her illegal server, the e-mails and their content, thus endangering US national security and lives! This is beyond reckless and bordering on insanity!

In the final analysis, the character of Hillary Clinton is demonstrated by her ruthless and reckless actions. This combination and what it has resulted in make Hillary Clinton the most corrupt person ever to run for office in this United States. In fact, I don’t think it’s even a close contest.