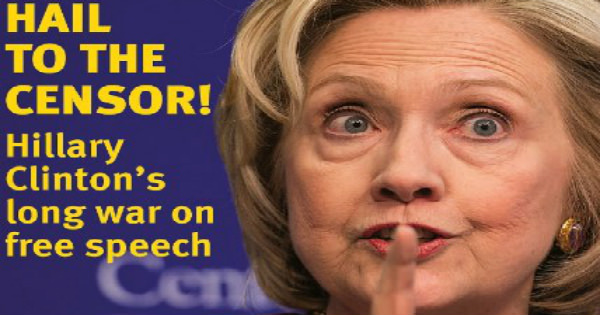 Hillary Clinton came stood on a stage on December 8th, 2016, exactly 30 days after losing the 2016 Presidential Election, and she told the American people that the demise of her campaign was due to the Russian government sponsoring so-called ‘fake-news’ which somehow misguided millions upon millions of American voters. And now we have people like Brian Williams, a known liar and discredited Journalist, come out and tell the American people the same lines that Hillary is using against the so-called ‘fake-news’ media.  What these people are actually implying is that the American people are too stupid to make the decision themselves of what is real and what is fake.

Now, let’s be honest with each other as Americans and admit that there are actual ‘fake-news’ websites out there, and they come in many different shades of ‘fakeness.’ Most internet users are familiar with ‘The Onion,’ which is a satirical news-gathering organization. This organization puts out totally fake news; however they fully-admit they are satirical and that their news is fake. The so-called ‘fake-news’ that Hillary is calling out are actually legitimate and honest news-gathering organizations such as Drudge, Breitbart and InfoWars. Basically any news organization which objectively examined Donald Trump and gave honest and accurate information regarding his plans and policies, are attempting to be labeled as ‘fake’ and journalistically shut-down. Can you say infringement on 1st Amendment? That is what is going on here, not a crack-down on ‘fake-news.’ They are simply attempting to silence those who do not toe the political line.

First, let’s discuss ‘Pizza-Gate,’ which is the example currently and conveniently being used by establishment politicians and establishment media outlets. This whole thing started when Wiki-Leaks released e-mails showing communications between Democratic Party officials which showed evidence of child-molestation and/or trafficking. There were code-words being used throughout the e-mail traffic which mirrored code-words in the Federal Bureau of Investigation’s (FBI) manuals of commonly-used code-words by pedophiles. Some of those code-words involved the word “pizza” and other references to what sound like pizza-toppings, however when you read the e-mail traffic in that context, the e-mails do not make much sense. There is clearly something going on with high-level officials and pedophilia…hence the term ‘Pizza-Gate.’

Somewhere along the way, internet users began to go crazy with the story, and they began to tie some legitimate pizza establishments in Washington D.C. to the overall theory which stemmed from the Wiki-Leaks. This led to a man named Edgar Maddison Welch walking into the restaurant and firing a shot into the ground in an attempt to uncover the pedophilia happenings at Comet Ping-Pong Pizza, located in Washington D.C. With all due respect to Mr. Welch, we should all be inclined to denounce such behavior. Pedophilia or no pedophilia, putting innocent people in harm’s way is not how to resolve a problem. Now the media is blaming Alex Jones and InfoWars for this incident and chalking it up to the results of ‘fake-news’ in the real-world.

I am no fan of Alex Jones as a person; however InfoWars has been on the cutting-edge of getting accurate and timely information to its audience for quite a few years now. They are one of the very few news-gathering organizations which are conducting true investigative journalism in the modern-age. While I admit that Alex Jones is eccentric, many of his reporters are legitimately trying to investigate situations in this country and get that information out to the public. As a former U.S. Army Journalist, this is what I was taught was the fundamental principle for why my job in the Army even existed. Our job as journalists is to cover the stories our audiences want covered, and to do so fairly and accurately. This is supposed to be the case whether you work for InfoWars or CNN, it is the foundation of good Journalism. Would you rather have a reporter who went through hell to get the information and write the story, or would you rather have a reporter who is being told by the government what to say? I mean honestly, the choice is yours to make. Personally, I will choose the story with the effort put into it every time, as opposed to the government propaganda, and this is what the mainstream media (and Hillary Clinton) fails to recognize. The American people don’t want the propaganda anymore, they are tired of it. Hence the explosion in popularity by the eccentric Alex Jones.

Regardless, InfoWars did not start ‘Pizza-Gate,’ the establishment politicians and Washington D.C. insiders started it with their weird language throughout John Podesta’s e-mail traffic uncovered in the Wiki-Leaks. Not one of those Wiki-Leaks e-mails has been debunked, yet they so easily could be. All that Mr. Podesta and Hillary need to do is release the original e-mail showing that these Wiki-Leaks are not accurate, however they never do that. In fact, they are not even trying to prove that what was released in Wiki-Leaks is false, because they can’t prove that. The e-mails are accurate and real, and there is plenty of fishy stuff going on, not just ‘Pizza-Gate.”

I digress, Hillary claims that “Fake-News’ is to blame for her loss to Donald Trump in the 2016 Presidential election. She also claims that there is evidence that Russian efforts are behind the fake-news and Donald Trump’s election.

You want to talk about ‘fake-news?’ This narrative being pushed by Hillary and Brian Williams is FAKE NEWS! Not only are her claims not true, they are not provable. Beyond both of these points…they are dangerous! They very thing she is attacking in her speech last Thursday is the exact tactic she is using by giving the speech. She is telling the American people not to believe the election results because they were brought-on by ‘fake-news’ and the Russians, while at the same time lying to the American people and giving them real ‘fake-news’ about ‘fake-news’ and the Russians being involved. This is absolute insanity playing out on a massive scale via the mainstream media and some establishment politicians. The final nail in the proverbial coffin of this massive lie is that she is insinuating that the American people are so stupid that they were brainwashed by this Russian-led propaganda machine into voting for Donald Trump. If that is not laughable, I don’t know what is.

Hillary Clinton, Barrack Obama, the Democratic Party, nor any of all of these leftists (aka progessives) throughout this country have never once recognized that most of America is tired of the ‘progressive’ movement and they want something else. Not once have they acknowledged the fact that they chose the most corrupt politician in D.C. to represent their political party in this election whom had numerous scandals and federal investigations into her DURING the election season. Not once have they placed the blame of their loss on themselves. There always seems to be an excuse for why no one likes the Democratic Party anymore. I think the truth is just too apparent, and it makes them completely blind to it.

Transcending party-lines is something both parties have been trying to do for decades. Trump accomplished this and won the election in an absolute landslide in 2016. This is where the blame lies, not in ‘fake-news,’ nor the Russians. Trump found a way to convince millions upon millions of voters that the future would be better under his administration than that of a proven corrupt politician in Hillary Rodham Clinton.

Let’s not forget to mention that before the actual election took place, Trump was posed the question of whether or not he would accept the election results. To this he replied that “he would wait and see,” as if to say that he would accept the results unless there were signs of corruption or tampering. The Democratic Party has historically been involved in voter-fraud, a simple Google search will provide you with plenty of supporting evidence for this fact. Donald Trump had apparently done his homework and was prepared to battle corruption in the voting system. However, it ended up that he did not need to worry about contesting the election results due to corruption, because he won by such a massive landslide that the Democrats couldn’t steal it. The typical Democrat tactics of holding polling centers open late in Democrat areas of the country, voting multiple times, sending in absentee ballots, or having illegals vote did not work in 2016, because the people of the United States voted for Trump in droves.

Hillary Clinton said that by Trump saying he would not immediately accept the election results; “that is a direct threat to democracy and this country’s long-standing traditions.” Well, isn’t that what Hillary Clinton herself is doing…RIGHT NOW? She absolutely is undermining this democracy by falsely claiming that Russia and ‘fake-news’ are to blame for her loss. In an attempt to discredit Donald Trump, she is going against the will of the American people. The only people giving her any sort of standing or believing this nonsense are the people and groups who also want to discredit Donald Trump.

Quite frankly, this manipulation of public opinion has gotten out of control, and something needs to be done. The same woman who told us that Benghazi was predicated on a YouTube video, is now telling us that there is ‘fake-news’ out there and it is affecting the real-world. Indeed there is fake-news, as I acknowledged early in this article, however it never used to have such official names such as MSNBC, CNN, The Washington Post, The New York Times. What the public knew as ‘fake-news’ was satire such as The Onion, however CNN and MSNBC have taken over The Onion’s news gathering techniques of just making up their material. At least The Onion admits that it is satire and does not deceive its audience into thinking their content is real and portraying everyone else is ‘fake-news.’ Donald Trump won the election by listening to the American people and developing policies which have the American people in-mind as opposed to the Washington D.C. establishment, foreign interests, corporate cronies, and lobbyists these policies have served in recent administrations. Donald Trump simply cannot be bought nor is he playing the games which have been screwing over the American people for decades. That is why he was elected. It has nothing to do with Russia, or Alex Jones, or Breitbart, or any other boogie-man created by the Democratic Party to scare the American people away from Trump. Hillary and her corrupt friends should quit while they are still outside of their prison cells, because the more they attempt to deceive…the less mercy they will received when called to judgement before the American people. Drain that swamp Mr. Trump!!!