Hillary, a Puppet for Who? 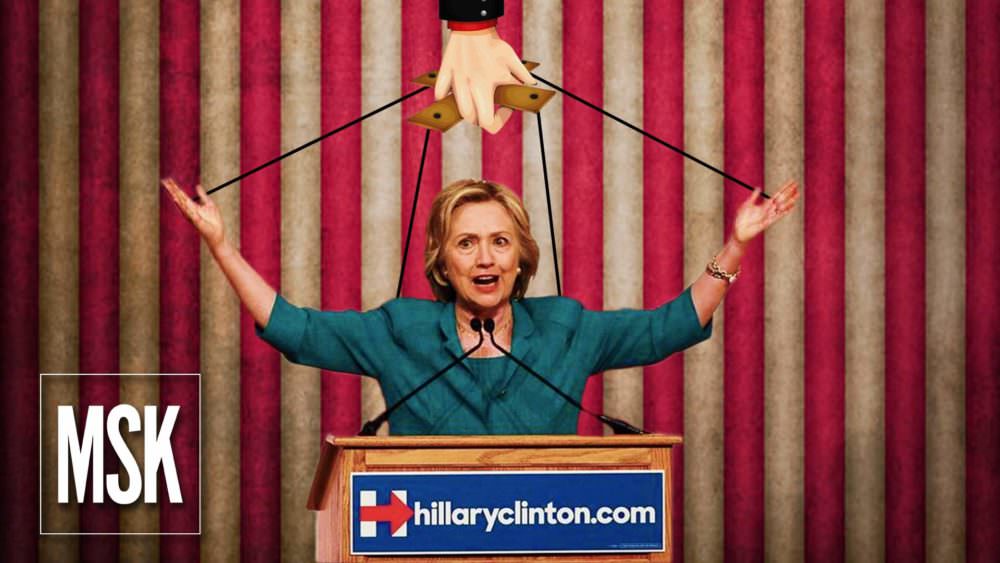 Something to think about.  She is very popular; enough to maintain her image in spite of the baggage she carries. Her thirty (30) years in the Washington limelight has afforded her many friends, and many friendly enemies.

There are those that bring forth the fact that Donald Trump has no experience at being President, or even as a Politician! Did Obama have ANY EXPERIENCE other than a short stint in Congress wherein his accomplishes were nil, and his voting record almost non-existent. Donald Trump DOES have Washington D.C. experience.  Many years of lobbying and dealing with regulations and such in his business dealings; and yes, even with foreign Countries.

My thoughts here refer to the current and recent statements made by “supposed” Democrats. I don’t refer here to the everyday Democratic “man/woman on the street”, I have the opinion that ‘todays’ Democrat (in Wash. D.C.) is controlled behind the scenes, as Hillary is, and Obama was. What scares me is BY WHO?? Obviously this person, or faction, has a great deal of money. Look at the current efforts to protect Clinton and keep her under “wraps”. No “Press Conferences”, very little individual, if any, interviews! Vehicles ‘retrofitted’ to accommodate her (floors lowered). She seems to require help with some movements. I’m curious as to how they will handle the Debates.

Our Democratic Party today seems to consist of two different ‘slates’. We have the everyday Democrat of the JFK and FDR persuasion. And then we have the very, very Liberal Socialists that have been indoctrinated from and by our Ivy League Universities.

Remember back in the sixties when the SDS (Students for a Democratic Society) began to rise from the ranks of university students. This alliance was influenced by the very Liberal Professors teaching in the Ivy League Educational Institutions. They were responsible for instigating the many restrictions that were placed on the ROTC (Reserve Officers Training Corps).

My many Democratic friends are from the “old school” Party.  Today, I think we are being governed by a totally different faction; an alliance that is far more reaching in its field of influence; possibly something not too different from the “World Order” that the Bushes and George Soros seem to support, as does Barack Obama.

This, I believe, is the core of the present day ruling Democratic Party. They may even present themselves as being Progressive, which I feel is the goal of the “World Order”. and I firmly believe that most Americans DO NOT want any part of this form of Government.