Hijacking Our Declaration of Independence 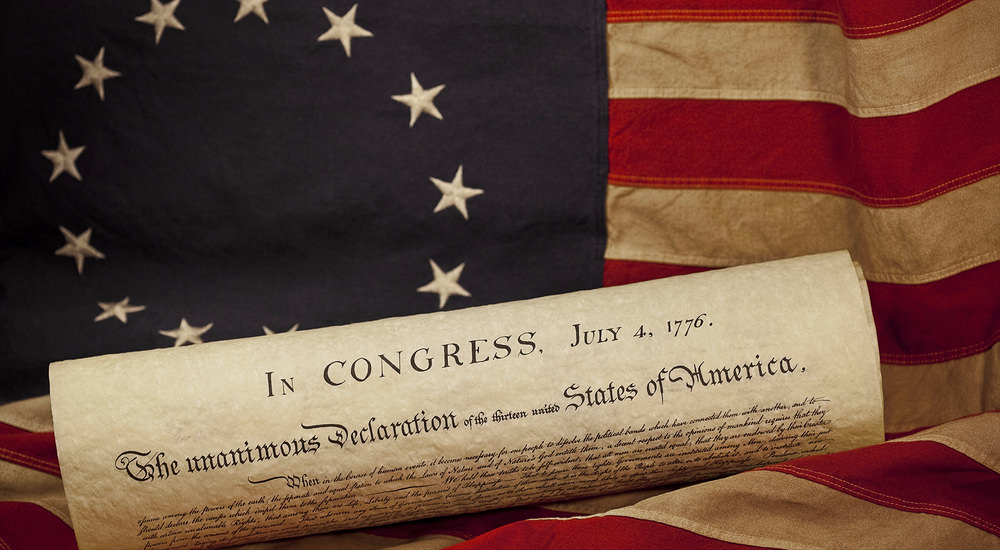 Hijacking is a serious accusation to make concerning the way one thinks about the truth surrounding the origin and final product of America’s grand freedom document. However, this is the charge Alan Dershowitz posits in his diatribe, Blasphemy: How The Religious Right Is Hijacking Our Declaration of Independence.1 Do the facts concerning the true understanding of the theological references in the Declaration support his claim, or do they reveal the less than serious scholarship of the Uber Left? The answer is critical.

Mr. Dershowitz’s indictment: “The Religious Right is engaged in a crusade to convert the United States into a Christian theocracy based on the Bible and, more specifically, on the divine authority of Jesus Christ.”2 There are two major problems with Dershowitz’s assertion. First, he does not seem to have the slightest idea what creating a theocracy would actually require; and what any astute Christian does not desire. And, second, he builds his case on a fallacious understanding of the references to God in the Declaration. He is right on one point, however. The Declaration of Independence is being hijacked. The question is by whom?

Dershowitz bases his argument on his conclusion that the theological implications in the Declaration mirror Thomas Jefferson’s personal deistic proclivities. He is absolutely correct that Jefferson was disdainful of the Bible and the Christian God (even though Jefferson used Christianity when he believed it would be to his advantage, i.e. his Letter to the Danbury Baptists). But, as will be seen, Dershowitz is absolutely incorrect in concluding that Jefferson’s beliefs were accommodated by the Second Continental Congress.

It must be remembered that Jefferson was the draftsman of the first draft of the Declaration, not its author, even though he claimed such. As Pauline Maier points out: “What generations of Americans came to revere was not Jefferson’s but Congress’s Declaration, the work not of a single man, or even of a committee, but of a larger body of men.”3 When the Committee of Five presented the Fair Copy to the Congress, the Congress convened into a Committee of the Whole. This Committee of the Whole then proceeded to edit, revise, and add content to the Declaration. Their most important additions were the two references concerning God at the conclusion of the document.

Dershowitz contends that these two additions were, “consistent with Jefferson’s deistic views,” and “were not inconsistent with Jefferson’s nonintervening watchmaker God.”4 Nothing could be further from the truth. The final “unanimous Declaration,” with the two additional references to God, became the product and ownership of the representatives “of the thirteen united States of America.” I have elsewhere, presented in detail the theology and religious beliefs of the Second Continental Congress as well as their exact, unalterable, and irrefutable understanding of the Declaration’s God.5 Every liberty loving American needs to be aware of these truths.

In addition Dershowitz declares, “This is not the first time in history that religious fundamentalism has sought to declare our heterogeneous country to be a ‘Christian nation.’”6 With this assertion he exposes his abysmal lack of knowledge concerning the true position of Christianity in American history, as well as the vast difference between a theocracy and what constitutes America being a “Christian nation.” However, he is far from being alone on this account.

Frederick Mark Gedicks, Professor of Law at the Reuben Clark Law School in Brigham Young University, writes in the Oxford Companion to the Supreme Court of the United States:

The development of the constitutional law of religion by the Supreme Court came at the end of a decisive shift in public values in the United States from Protestantism to secularism. From the founding era at the end of the eighteenth century until well into the twentieth century, Protestant religion was thought to be a significant and legitimate component of American public life. By the 1940s, however, American public life had become largely secular, although large numbers of Americans remained committed to traditional religious beliefs and practices in their private lives. The constitutional doctrines developed by the Court under the free exercise and establishment clauses can best be understood as the product of the Court’s struggle to define appropriate relationships between religion and government within the context of a secular public culture that considers religion a predominantly private activity of no unique social significance.7 (Emphasis added.)

James Madison, in his Memorial and Remonstrance Against Religious Assessments, quoting directly from George Mason’s Virginia Declaration of Rights, stated that “religion” is “the duty which we owe to our Creator, and the manner of discharging it.”8 Now, the question is, “who is the Creator?” The answer: Christ Jesus!9 The religion clauses in the First Amendment to the Constitution of the United States of America deal specifically with Christianity alone. And, this is the case with the religious test clause in Article 6, Section 3 of the Constitution as well. (Creator in the Declaration of Independence is no different!) The deliberate, ungodly debasement by the Supreme Court by falsifying the definition has been the desire of secularists for eons.

Read the Rest of this Pivotal Story at anApologetic.com