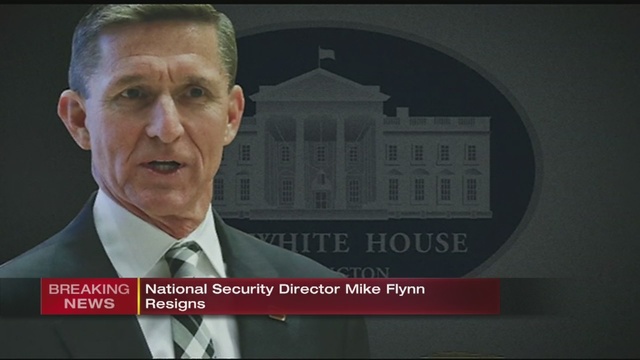 Treason against the United States shall consist only in levying War against them, or in adhering to their Enemies, giving them Aid and Comfort. No
Person shall be convicted of Treason unless on the Testimony of two Witnesses to the same overt Act, or on Confession in open Court.

Russia called on U.S. President Donald Trump to live up to his pledge to improve relations, amid growing unease in Moscow that he may not lift sanctions imposed over the crisis in Ukraine. AID and COMFORT 1. It was promised by several of Donald Trump’s surrogates that Obama’s imposed sanctions would be removed once he became President. The New York Times reported that Trump campaign aides and associates “had repeated contacts with senior Russian intelligence officials in the year before” the November 2016 election, citing four current and former U.S. officials the newspaper didn’t identify. It’s unclear if the talks pertained to Trump personally.

Trump responded in a string of tweets Wednesday morning, taking aim at targets ranging from “the fake news media” to a cover-up for “Hillary Clinton’s losing campaign” to “the intelligence community (NSA and FBI?),” which he said was “just like Russia.” COMFORT OF ENEMY 2. Anytime you place harm against the American Intelligence in a coddling of a known enemy, you are offering comfort to the enemy.  Calling those that have been doing their job by digging into the information available, and reports from previous Government officials is not “Fake News”, nor is it a “Rogue” NIA. IT is the job of the media to keep all government officials in check, while the NIA has a job to protect America from all enemies foreign and domestic. Throughout history, it has been found that a political figure who attacks the media and intelligence divisions of government usually has the most to hide.

Senators John McCain of Arizona and Lindsey Graham of South Carolina, both Republicans, stated that more needs to be learned about Flynn’s discussions with Russian ambassador to the U.S., Sergey Kislyak, and Russia’s involvement in U.S. politics. Senate Majority Leader Mitch McConnell said in an MSNBC interview that aired Wednesday a select committee was unnecessary. “We know how to do our work. We have an intelligence committee and the judiciary committee — Lindsey Graham’s got a subcommittee that’s going to take a look at it.” But Russia’s involvement in the U.S. election is “a significant issue,” he said. “We know they were messing around with it. We don’t think it had any impact on the outcome. But obviously, we’re not going to ignore something like that.”

While all of this is beginning to boil over, we have the Republican chairman of the House Oversight Committee called for a look at Mar-a-Lago security, and the Office of Government Ethics said that Trump adviser Kellyanne Conway probably violated ethics rules by promoting Ivanka Trump’s clothing line in a television interview inside the White House. So we have case number 3 of AIDING and COMFORTING the enemy by publicly discussing high profile security issues. Do we look at Kellyanne who first and foremost, being a senior advisor for Trump who makes up massacres and now pushing Trump’s Daughters clothing line? Then smacks of the most disgusting display of ethics violations on both parts. So now we have ethics violations 1 and 2 by the Trump team.

While Sean Spicer tries to divert the blame to the media and NIA, it was The Justice Department who informed the White House last month that Flynn had discussed U.S. sanctions with the Russian envoy and misled officials about the conversation, according to a U.S. law enforcement official with knowledge of the matter. The warning was delivered to the White House counsel’s office by Sally Yates, the acting attorney general, the official said.The white house was well aware of the issue and had stayed silent about this. This without a doubt shows a lack of understanding, or acceptance, or a bad case of Alzheimer’s to not remove Flynn immediately upon notification. The bigger question is where did Flynn get the concept that America was going to lower the sanctions on Russia if it did not come from above him, and in that, whom would that leave as the source?

Remember Impeachment can be initiated for what appears in the Constitution, which stated: “The president, vice-president, and all civil officers of the United States, shall be removed from office on impeachment for, and conviction of treason, bribery, or other high crimes and misdemeanors.” This high crimes and misdemeanors can be described as “Officials accused of “high crimes and misdemeanors” were accused of offenses as varied as misappropriating government funds, appointing unfit subordinates, not prosecuting cases, not spending money allocated by Congress, promoting themselves ahead of more deserving candidates, threatening a grand jury, disobeying an order from Congress, arresting a man to keep him from running for President or Congress, granting warrants without cause, and bribery. Some of these charges were crimes. Others were not. The one common denominator in all these accusations was that the official had somehow abused the power of his office and was unfit to serve.” Each of the above bold colored issues can be found within the inner workings of Donald Trump.and his orchestra of Saint Petersburg Philharmonic Orchestra players.

While Trump accuses the National Security Agency (NSA) and FBI of giving out information illegally, on Thursday Rex Tillerson is due for his first meeting as US secretary of state with Russian Foreign Minister Sergei Lavrov, at a G20 gathering in the German city of Bonn. Some US media say top Trump aides were in constant communication with Russian officials in the election campaign. Intelligence officials previously said they believed Russia tried to influence the vote in favor of Donald Trump. Trump states on his twitter feed: “Information is being illegally given to the failing @nytimes & @washingtonpost by the intelligence community (NSA and FBI?),” he tweeted. We all knew deep down that his Twitter addiction that would ultimately be Donald Trump’s undoing, right? Now that Trump’s National Security Advisor has resigned just three weeks into his tenure, and four days after it was exposed that Flynn had been colluding with the Russian ambassador both before and after election day, the question becomes what Trump knew and when he knew it. But Trump already told us as much with a revealing tweet. Is this the actions of a sane President? Is this not Aiding and abetting the enemy while providing comfort?  Trump took to his infamous Twitter account to brag that it was a “Great move on delay (by V. Putin) – I always knew he was very smart!”

America is a count
ry of integrity, principled leadership and a Constitution. Donald Trump, with his staff of rogue Russian supporters, has attempted to hijack the Constitution by silencing the media, stopping immigration, and aiding and giving comfort to the enemy. At which point in time shall the politicians in Washington, and around the country say “ENOUGH IS ENOUGH”? The Patriotic American has said that from day one of Trump’s Presidency, but we see a lackluster approach by many politicians and see a few citizens like Evan McMullin, Mindy Flynn, and Randy Deabay pointing these issues out as to the constitutional significance.  Is it not the time to accept the Constitution as the supreme law, and stand with the country over party or one person? America must stand up for its own sovereignty.