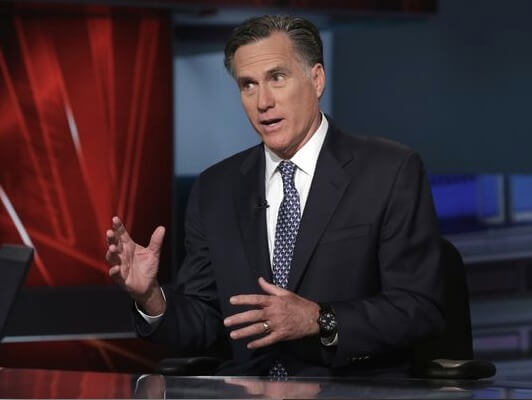 After hearing the latest babble from Mr. Romney yesterday…I can’t remember ever being so fired-up about an opinion.  I am so sick and tired of hearing all the “wanna-be’s”, “sore losers”, “pious establishment people”, and just plain “angry” ultra-Conservatives bashing Donald Trump!!

Let me go on record here and tell you that Mr. Trump was not my first or second choice for the Republican nominee.  So the following points in this article (probably closer to a “rant”) are not a direct defense of Mr. Trump.  However…I WILL be voting for him in November.

Mr. Romney stated yesterday that he will NOT be voting for Mr. Trump and that there are a few people that still value his opinion.  I would venture to say that those “few” are a very very few and most are probably his family.

Go away, Mitt.  You had the perfect opportunity “handed to you” to win an election in 2012…and you blew it!!

You wilted like a poor fragile little flower under a blistering sun.  You did NOT show the grit, moxy, backbone, fortitude, strength and resolve to stand up to Obama and the Press when you had the perfect opportunity to do so.  If you couldn’t handle the worst Democratic President ever after his first four years of failed policies, crappy leadership, disdain for our laws, military, and even our country itself…how the HELL could you have faced Putin, Iran, and all the Muslim radicals in the world today?

Granted…some of the rigged voting machines played a part…but even had those been corrected…you still would have lost!!

Romney’s “shooting off his mouth” is in defense of his dearly beloved Republican “Establishment”.  The Establishment is a main reason why so many people are rallying behind Mr. Trump.  The electorate is sick and tired of a “Party” that has promised us what we want if they get our votes…and then turn their backs on us once elected!  Enough!!  We are sick and tired of it!!

Mr. Trump is not the most “conservative” Republican out there.  Neither was Reagan when he ran for President (and neither was Romney when as governor of Massachusetts, he authored socialized healthcare and embraced other liberal positions).

But what Mr. Trump brings to this election is a total and complete love for our country, our military, our right-to-bear arms, our law enforcement personnel, and our veterans, and understands our complete frustration with illegal immigration and our watery backbone to thwart terrorism. And for the record…he has been a much more successful businessman than Romney touted himself to be!!

Yes, Mr. Romney…you were more soft-spoken, gentler and politically correct.  Unfortunately…that is NOT what this Country needs to stop the radical leftists’ attacks and world terror.  It will take guts, determination, tough tactics, resolve and a freaking backbone to return this country to greatness.  You never had it! And obviously…you still don’t!!

Mr. Trump is brash and shoots his mouth off quickly.  A lot of us do as well and I like it because it “wakes up the listener”.  Once you have captured that persons’ attention you can begin to formulate your tactics into a more “workable” plan to accomplish your goals.  My grandfather gave me an example of how to get people to wake up and do something.  The old belligerent donkey example where the driver of the cart can’t get him to pull the cart.  It took a board to the side of the head.  That board didn’t get him to move…it got his attention to listen and respond to what the driver wanted accomplished. (yeah…I know…I’ll be attacked by PITA for saying such a cruel thing…but it was always said in humor)

Mr. Trump will surround himself with experienced men and women that will help him formulate his policies and actions.  I fully expect them to be refreshing for our Nation and get us back on track to once again be a force to be reckoned with worldwide, domestic policies of common sense and decency, and work hard to reduce the racism that Obama has fostered in his 7+ years in office.

So Mr. Romney…ZIP IT!!  You’re a sore loser and jealous of the massive support for Mr. Trump that you never received.  Go slink back to your huge mansion, large family and millions of dollars and live your comfortable cushy life.  Leave us poor common-folks alone as we use our resolve and backbones to fight back against the injustice from within the government and the extreme danger from outside our borders!!

God Bless America and Her People!!