How Hegel and Marx Justified Totalitarianism 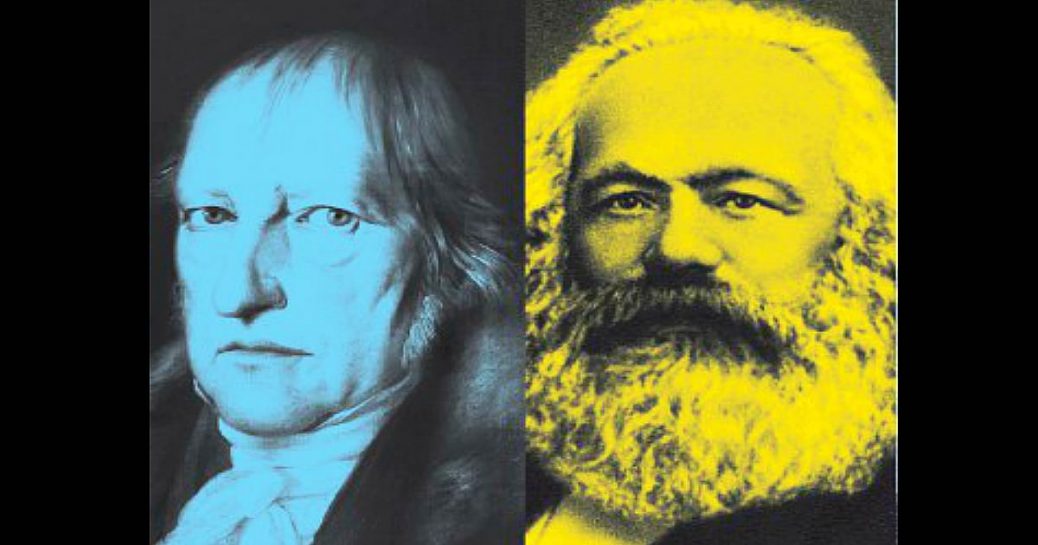 This seemingly reasonable observation, (history is only the sum total of our observable present) is based on the primacy of now (existentialism) instead of the search for a better future (metaphysics). Hegel killed “learning from history” and removed the underpinnings of seeking perfection from the concept of contemporary thought.

Whether he knew it or not, (and because of his professed hedonism, it is possible that he did not know it) he paved the way for Marx to say (20 years after his death) “On the one hand is the thesis, on the other hand is the antithesis, therefore the ideal solution is synthesis — a compromise between thesis and antithesis.” Hegel’s observation was: all the universe is A, so art is +A and garbage is -A so both are legitimate in the universe.

So, Marx, based on the acceptance of Hegel, expanded this observation into dogma. Marx could then say “if +A and -A exists contemporaneously, then the ideal solution is to find a compromise between +A and -A.” Both Hegel and Marx based their thinking on the static now. To those that did not examine the premise, it seemed reasonable. However those who saw that it did not mesh with the reality of man’s progress, rightly saw it as a paradox to be resolved.

Cantor debunked Hegel’s paradox, (40 years after Hegel’s death), creating the theory of sets, saying that +A and -A are both subsets within a larger universal set and the two do not have to intersect at all. But that gave Marx 20 years to use bunk to justify “scientific socialism.”

Because it is a well accepted misconception that human nature is static, (because certain instincts, such as self preservation are constant) it became very useful for totalitarianism. Totalitarianism requires that both the good and bad static nature of people be used to control them. It became the totalitarian goal to rid people of the instinct to be free (liberty) and the instinct for self defense (protection of rights) so that they could convert all subject to slaves.

The fallacy is that all good and bad is accepted as static in humans, so perfection cannot be reached. That is easily manipulated into the defeatist attitude that no improvement should be attempted. That is what socialism promotes through “normalization.” The average became “normal” the “normal” becomes worse.

All because some “thinker” (Hegel) observed that everything that exists, exists now, and it was bought as some truth (“In the long run, bah. In the long run we will all be dead.”) Naturally this “wisdom” does not mesh with the observable reality that almost nothing technological that exists now existed then. Neither did it mesh with the observable reality that people fight for what is theirs and for their freedom. The totalitarians simply ran with the theory. They justified that which did not fit as exceptions caused by “the destructive cult of individuality.”

And, of course, individuality is destructive to those that depend on human nature not wising up to their scam of putting collectivism above the individual.