When You Hear About Migrant Crime Waves In Sweden, Take It With A Grain Of Salt 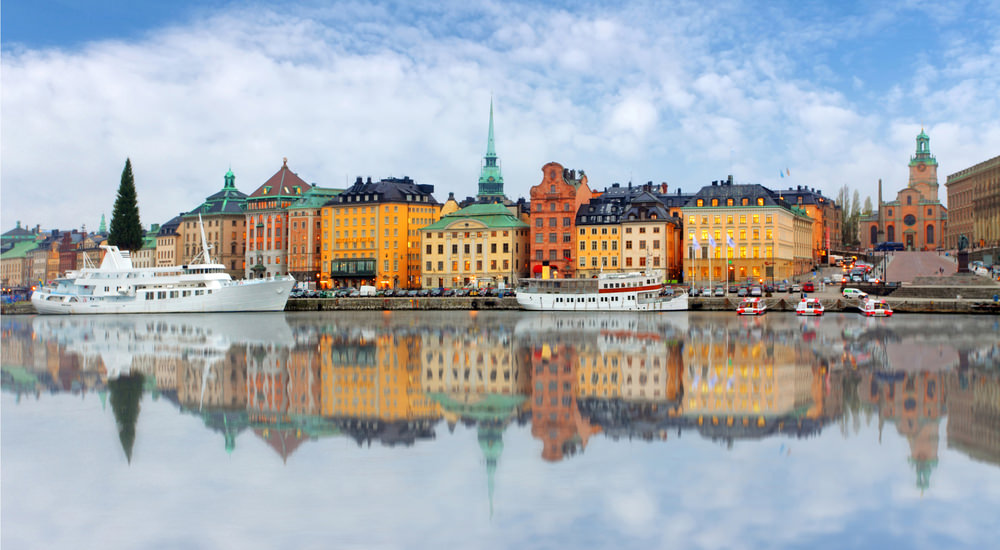 Donald Trump caused a stir when he made a comment interpreted to have been about a terrorist attack in Sweden.

In reality, there had been no attack in Sweden. Later, Trump confirmed he got the information from Fox News.

The Prime Minister of Sweden, Stefan Löfven, said he was surprised and that we all have the opportunity and challenge to take responsibility for portraying facts correctly.

It is not the first time the international media has used Sweden as a scary example of immigration. The Dail Mirror run an article on how Sweden is falling apart because of immigrants. Last Christmas fake news spread lies that Sweden had forbidden its citizens from using Christmas lights in order not to offend Muslims. The conservative political parties in Europe also use Sweden as a formidable case of immigration. They spread fear saying <em>”look, Sweden is a well-organised country with a stable democracy and social structure, but now the immigrants are destroying it.”According to the Swedish newspaper, Aftonbladet, the crime situation in the US is higher than that in Sweden.

Trump’s fake news originated from a conservative news channel, Fox News, who ran a documentary from a journalist, Ami Horowitz. In the documentary, Horowitz, interviewed two Swedish police officers about criminality in Sweden. Later, the two policemen confirmed, on Swedish Television, that the documentary was about high crime areas</a> in Sweden and not immigrants. Ami Horowitz went on to say, on Tucker Carlson Tonight, that rape cases in Sweden have picked up due to immigrants. According to the defination of rape laws in Sweden, that is not true.

The Swedish newpaper, Aftonbladet, reported that in 2005 Sweden broadened its definition of rape. The word “rape” has since then been used to record acts which would be called assault or bodily harm in other countries. That led to an increase in the number of rapes reported in the country in the years following the law change. In Sweden, women are encouraged to report rape cases. The Independent wrote, <em>”it is possible that in other countries there is a far stronger stigma around reporting rape than in Sweden.”

Such sweeping statements often come from lack of facts. It is part of a new rhetoric to frighten people and motivate the purported evil of immigration. Here the Swedish Ministry for Foreign Affairs clarifies the facts about migration and crime in Sweden.

This problem is not unique for Sweden. Issues of segregation, inequality and high unemployment among immigrant groups is a common phenomenon like in other western countries. Fake media chooses to pass these social aspects as a threat and challenge that Sweden is failing to deal with immigrants.

Sweden is well known for its political stability, high standard of living, and well functioning social welfare system, one of the best in the world. Sweden took in many immigrants per capita, and this makes it a target for the right wing which is bent on discouraging immigration.

The stoning of policemen and torching of police cars, and rape have happened in Sweden, but the picture does not fit in with the alarming scenario echoed by the former Ukip leader, Nigel Farage, that Sweden is the “rape capital” of Europe.

The Sweden Democratic (SD), a right-wing party in Sweden, has also fueled negative news</a> of immigration in Sweden. Its leader, Jimmie Åkersson, frequently writes articles on Swedish immigration for a US conservative website, Breitbart.

The Swedish government has been open about the large number of immigrants the government took in, and it is working to deal with these issues. The Prime Minister, Stefan Löfven, unlike other leaders, owned up to his mistake that the government was naive in allowing in many immigrants. His government is assessing asylum seekers and is ready to reject applicants who don’t qualify for asylum. Agreements have been struck up with countries like Afghanistan and Morocco to return unaccompanied youngsters. In December 2016, the first planeload returned unaccompanied children to Afghanistan. The government has planned four more trips this year.

In future, when you hear about migrant crime waves in Sweden, take it with a grain of salt.
Do your research.
Don’t believe the mainstream media.

M.M. Justine
www.mmjustine.com/
Column at iPatriot
Author of “Traitors Unleashed” (See the Youtube Video Clip) and “Traitors from Inside Out”

M.M. Justine is a Business Executive and the Author of “The Traitor’s Trilogy”. She is widely travelled and lives in Sweden. She has lived and worked on four continents. She writes fiction from facts to educate the unknowing, depicting the turbulent world we live in. For more information, visit http://www.mmjustine.com/