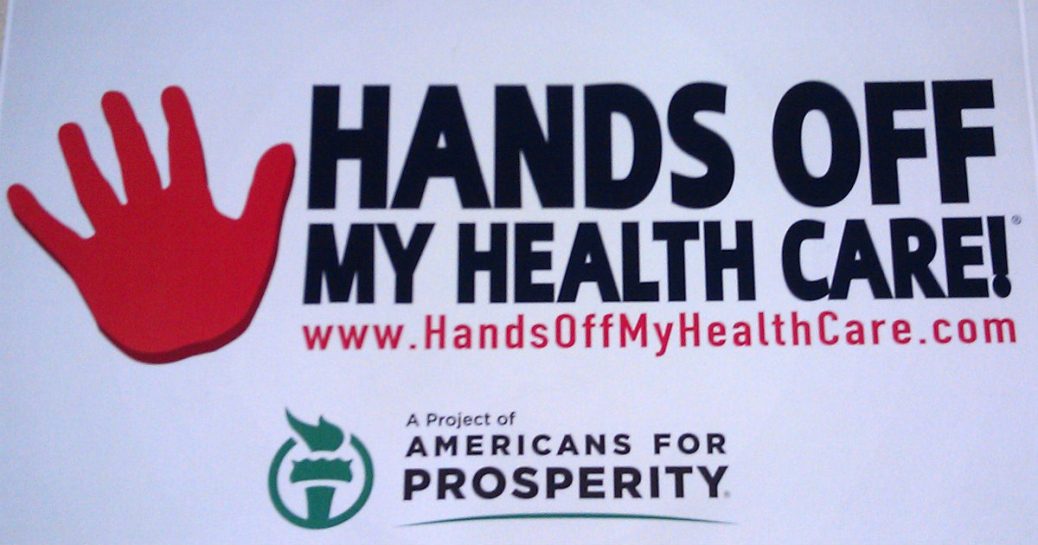 Following a good showing on his first overseas trip, President Trump returned to the states and called for something that has some on the right scratching their heads.

I suggest that we add more dollars to Healthcare and make it the best anywhere. ObamaCare is dead – the Republicans will do much better!

One of the things that got the AHCA passed in the House was the decrease in spending on health care. The conservative Freedom Caucus pushed for several additions before voting for it, including the ability for states to opt-out of some of the more liberal points such as pre-existing conditions. However, the reason some gave for finally backing the bill is that it reduces overall spending on health care. What is the President asking for now?

Regardless of whether this was just a Tweet that can be disregarded as rhetoric in 140-characters-or-less or if its a sign that he really wants more money put into health care, the overarching theme is the same. Many in the GOP (and pretty much every Democrat), including the President, are missing the fundamental point that health care can only truly be fixed if the federal government systematically removes itself from the equation.

Obamacare isn’t failing because of subtle details or nuances. It’s failing because the concept behind government-mandated health care is fatally flawed. The differences between the ACA and the AHCA are so small that their cores are essentially the same. Both insert DC into an area where it simply doesn’t belong. By doing so, either will fail whether it has the letter (R) or (D) on its stamp of approval.

We don’t need more money plugged into health care. We need the massive amounts of money that are already pumped into health care focused by a consumer-driven free market. Businesses operate based upon the demands of three forces: government, consumers, and market conditions. Today, government has primacy in the equation by forcing the other two factors to be secondary. Consumers have very little impact in the equation because of mandates in both Obamacare and the current Trumpcare replacement being worked on in the Senate. As for market conditions, they are artificial because of government intervention. They will continue to be artificial if Obamacare is repealed and replaced with a variation of the AHCA.

Nearly everyone on Capitol Hill fears a full repeal for the same basic reason. They know that if it’s done right, it will work in the long term. The Democrats don’t want that because it exposes the long-con they’ve been working in DC for decades, the concept that more government is better. The Republicans don’t want that because they fear it won’t work quickly enough for them to retain power in the midterm elections. The AHCA isn’t designed to fix health care. It’s designed to pretend to fix it while mitigating fallout until election day.

If we systematically repeal Obamacare, we can have privatized health care once again. A replacement plan that tries to predict what will happen is foolish. Instead, we should repeal, then monitor and analyze the market. Over time, we’ll find the holes that need to be plugged. States, charities, and other organizations can fill most of these holes. Whatever is left, if anything, can fall to the federal government. This way, DC becomes the final safety net instead of being the first line of defense. That’s the way it should be in health care and a plethora of other areas.

The last thing this nation needs is more dollars redirected into health care. Those of us watching our premiums rise despite higher deductibles and worse coverage (which is a vast majority) know that there’s already “more dollars” in health care. It needs to be allocated properly through competition and the push for innovation. We can’t have the best health care in the world as the President hopes unless DC is willing to remove itself from the equation. Until then, the math will continue to fail miserably.