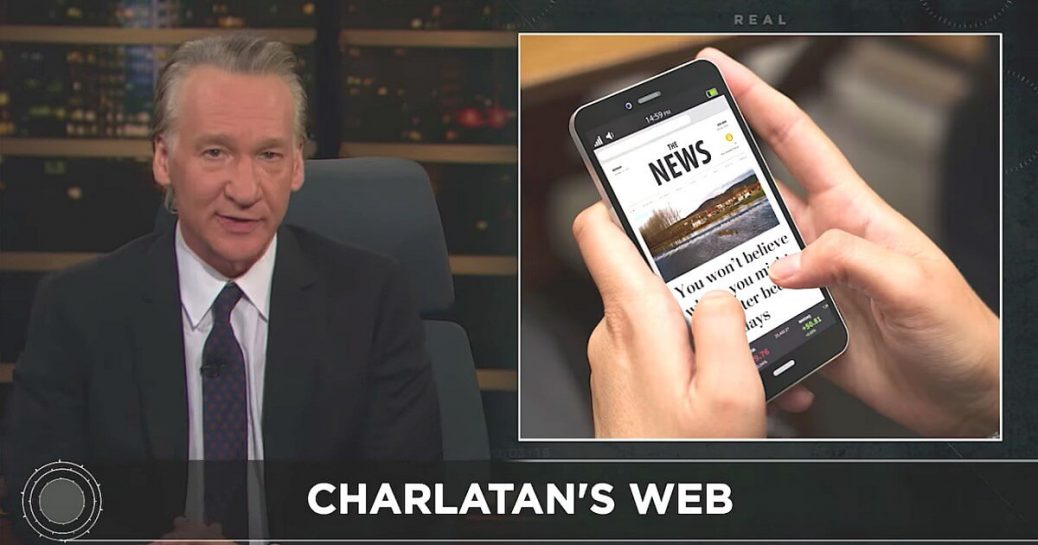 HBO’s Bill Maher spoke truth as he concluded this past week’s episode of his show, Real Time.

Normally, the words that come out of Maher’s mouth are crude and unhelpful, but this past week he focused his ire on the real purveyors of fake news. He spoke out against the constantly outraged left, who seem to be in constant search of things to be angry about and to make other people angry about.

If there’s one episode of Maher’s show that you watch… make it this one.

No wonder fake news resonates so much with Trump fans because so much of it is fake! Just nonsense made to keep you perpetually offended with an endless stream of controversies that aren’t controversial. And outrages that aren’t outrageous. Because places like The Huffington Post, BuzzFeed and Salon, they make their money by how many clicks they get. Yes. The people who see themselves as morally superior are actually ignoring their sacred job of informing citizens of what’s important and instead sowing division for their own selfish ends. Hey, wait, isn’t that what Russia was doing to us? Yeah, it is. And we have to stop both of them from using us as the cocks in their cockfights.