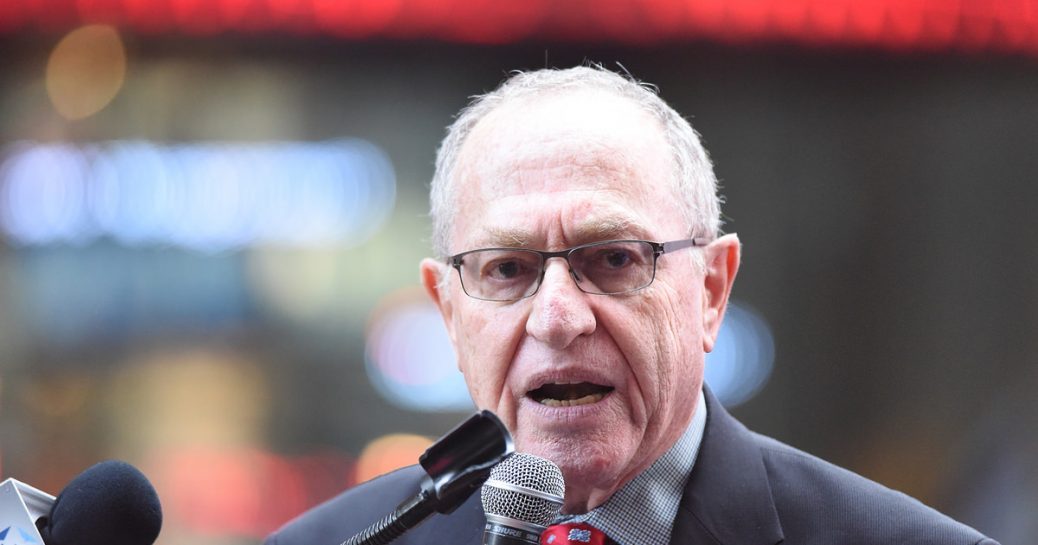 The left-wing media moguls who run the mainstream media are not happy with Alan Dershowitz. Why? Because he was right, and he’s not letting them forget about it.

The liberal Harvard law professor recently appeared as a guest on FOX News’ Media Buzz with media watchdog Howard Kurtz, to discuss why CNN had dropped Dershowitz and instead relied on disgraced pseudo-lawyer, Micheal Avenatti.

To his credit, Dershowitz refused to attack Avenatti’s current legal troubles… but he had no problem ripping CNN for choosing to parade an anti-Trump narrative instead of the truth.

Watch the fireworks in all their glorious splendor!

ALAN DERSHOWITZ: I think I’ve always tried to be objective. I am neutral and nonpartisan when it comes to analyzing the law, and every single one of the predictions I have made over the last two years has come true. I predicted, for example, this report would be very critical of the president but would not find evidence of illegal collusion or obstruction of justice.

I made probably a dozen predictions over the years and every one of them has been true because I’m not any smarter than anyone else, but I don’t let my politics influence my legal analysis. I don’t allow wishful thinking to substitute for careful legal analysis. And what happened as a result of that is, for example, CNN, which used to have me on all the time, on Anderson Cooper, on Cuomo, on Lemon, as a centrist analyst, decided no, no, it is okay to have extreme Trump supporters to use them as kind of stick figure exhibits, and then everybody else will do the narrative of CNN. What they didn’t want was a centrist liberal who went against their narrative.

HOWARD KURTZ: Do you know, you’ve said the CNN president Jeff Zucker essentially ordered you banned after you took these positions, but do you know that for a fact, or is that a supposition?

DERSHOWITZ: I do know that for a fact, I’ve been told that by several people within CNN. He told me the opposite when I met him in the elevator one day. I asked him, ‘how come I’m not on anymore?’ And he said ‘No, no, no, you’ll be on.’ But since the summer I have never been on a single time. I’ve been on all the other networks repeatedly, but clearly, they made a decision. They did not want my kind of analysis.

They had a choice of a Harvard law professor for 50 years who’s been getting it right, who’s a centrist liberal and who has credibility, or Michael Avenatti. And they picked Michael Avenatti. In fact one night I got a call from CNN saying ‘We have to cancel you. We have Avenatti! He is coming on tonight.’ He became their go-to guy and every one of his predictions turned out to be false…

He promised us that Trump would be out of office soon and that his lawsuit would be the downfall of Trump and he was proved wrong on every occasion. I really think the networks need to be held accountable for their predictions. I would love to see on your show or other shows, just systematically showing what the pundits on the other networks predicted. And how they came true or not true, so we can evaluate the credibility of various pundits…

The report itself is a Rorschach test. You could find in it anything you want. Because there is material very, very critical of the president. In my introduction, I show how Mueller got the law completely wrong on obstruction of justice, and I lay out what the law on obstruction is. You can not be charged with obstruction if you’re the president, and you simply exercise your constitutional authority to fire Comey or anyone else. I lay that out carefully. And the best precedent for that is George H.W. Bush, who pardoned Casper Weinberger and five other people on the eve of the trial. The special prosecutor said he obstructed justice but he couldn’t be charged with it, and they never mentioned the Bush case in the Mueller report. Mueller was in the Bush administration. Barr was in the Bush administration, and they deliberately omit the Bush case as the leading precedent which would preclude a president from being charged with obstruction for simply exercising his constitutional authority.

KURTZ: So as a law professor, what grade would you give the Mueller investigation and what about your criticism that Bob Mueller as the special counsel should have made the decision on whether or not to indict for obstruction of justice, rather than essentially punting it to Attorney General Barr?

DERSHOWITZ: In my introduction I give grades. First I give Mueller an “incomplete” because he should have made the decision whether or not to charge with obstruction of justice. I think if he had made the decision it would have to be that he couldn’t charge for obstruction of justice because he kind of lays out the arguments why it couldn’t be possible… And then he gets a “C+” on the legal analysis of obstruction, and I gave him a “B+” on the factual analysis. The factual analysis seems fairly careful, but it should never have been released to the public. How do you distinguish releasing to the public negative information and Comey being criticized for saying that Hillary Clinton was “extremely careless.” That’s a double standard.

KURTZ: How do you grade the media coverage?

DERSHOWITZ: I think a flunk. Even with the grade inflation, I just think the media comes off awful, terrible, for the most part. I think we’re seeing an elimination of the distinction between the editorial page and the news pages in some of the leading media in the country, and that is a shame. Walter Cronkite could not get a job in the media today.