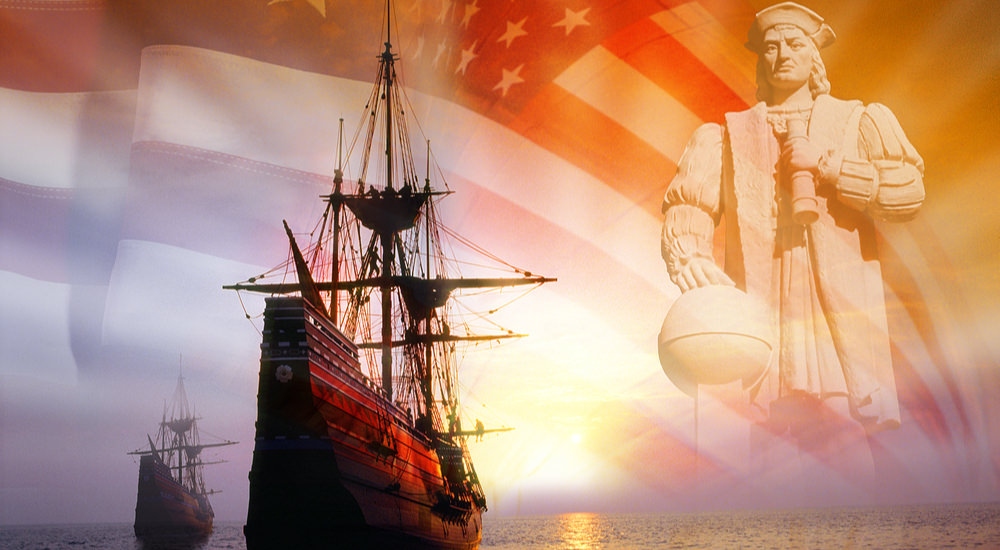 Today, we normal people celebrate Columbus Day.  This is the day set aside to honor Christopher Columbus for his discovery of the New World.  To liberals, however, this day needs to be scrapped and the indigenous tribes, who discovered nothing, need to be honored.  Their rational is that Columbus raped, pillaged, and made slaves of these tribes for profit.  Maybe this is true, but liberals miss the overall greatness of Columbus’s discovery.

I will give the devil his due, with an explanation.   Yes, there were problems in the lands that Columbus discovered.  Christopher Columbus, after all, was an idealist and an explorer, not an administrator. He wasn’t a bureaucrat so he had no background on how to govern.  He simply went by the governing methods he had learned and seen in the Old World.  And also, his overall goal was not to conquer lands and people, but to find a short passage to the spice lands of Asia.

In his idealistic mind, Columbus felt that there had to be a shorter route to these lands.  There is a popular misconception that people in his time thought the world was flat.  No one thought that, but also no one believed that there was any land mass between Europe and Asia or that there was even a Pacific Ocean.  With his arrival in the Bahamas, Columbus showed his critics that a new land mass existed.  He also proved that sailing to these new lands were possible, thus opening the door for other explorers to find other lands.

All this means nothing to liberals.  All they can see is what happened to the indigenous tribes who were there.  They cite the Europeans bringing diseases that tribes had no immunity to and the slavery and oppression that they suffered.  They want Columbus erased from the history books at most, at least, they want to destroy this man for their own selfish benefits.  It makes them feel good about themselves that they have torn down another historical figure and changed the discussion to their way of thinking.

Lost in all this liberal dishonesty is the fact that, since time immemorial, there has always been slavery.  The ancients from the Assyrians to the Romans and further on, have preyed on weak nations, conquered them and made captives slaves.  Native American tribes such as the Comanche and the Shawnee were feared for their ability to wipe out tribes and to use and sell slaves.  The early history of the US is full of stories of white settlers ending up being the slaves of Native American tribes.  Indeed, the three largest tribes during the 1400s, the Aztec, Mayans, and Incas, were known to take slaves and use them as human sacrifice to appease their gods.

The bottom line is that liberals don’t understand Columbus.  In the libtard mind that which cannot be understood needs to be destroyed.  They can’t understand someone who had an idea, a dream, and then had the courage to take the risks to fulfill his dream.  Liberals aren’t risk takers and the only dreams they have can only be seen through rose colored glasses.

One more item of thought: what if Columbus had never sailed?  What if Columbus was a cowardly liberal who refused to take risks or fulfill his dream, what would have happened to the rest of history?  The biggest thing that comes to mind is that the United States, the freest and greatest nation on the earth, would have never existed.  Think about it; no American greatness.  No freedom to dream our own dreams and go after them despite the risks. We would probably be living in a monarchy.  After all, it was the American Revolution that spurned many European peoples to throw off the yoke of tyranny and oppression and become free people.  There would have been no America to defeat the Nazis and the Japanese in WWII.  Would we even have the great inventions that we have today?  Also,  would we have even gone to the moon.  My bet would have been “no”.  The reason being is that Columbus inspired the dream of exploration in others, including those who had a dream to go to the moon.  So many things that liberals miss in their rush to judgement on one simple man!

When all is said and done, we owe Christopher Columbus a debt which can never be repaid.  So I unashamedly say to you: Happy Columbus Day!