All Hands on Deck: Supporting Trump Through Inauguration Day 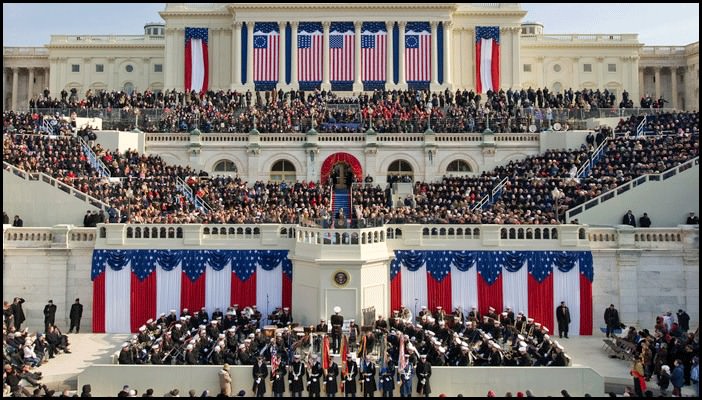 All Hands on Deck: Supporting Trump Through Inauguration Day

Trump’s Inauguration is less than a week away. While president elect Trump appears to be extraordinarily strong dealing with the tsunami of 24/7 vitriol launched at him from the Left and Washington establishment, he is still a human being.

The Bible says when Moses grew tired, “Aaron and Hur held his hands up–one on one side, one on the other–so that his hands remained steady till sunset.”

Folks, it is extremely crucial that we hold Trump’s hands up through Inauguration day. The Left is incensed over the prospect of Trump emancipating us from their 8 years of dictatorial slavery. As delusional as this sounds, the Left hopes to block Trump from being sworn in as the 45th president of the United States.

Nut case, Rosie O’Donnell wants to impose martial law to delay Trump’s Inauguration. http://bit.ly/2isJAgF
Joseph Goebbels said, “If you tell a big lie enough and keep repeating it, people will eventually come to believe it.” The Left is relentlessly repeating their huge lie that the Russians hacked the election. They want Americans to believe Russia tampered with the vote count, stealing the election from Hillary. The Left’s lie is absurd. http://bit.ly/2jc9O9r

Concluding that no gutter tactic is too low to stop Trump, CNN and BuzzFeed partnered in promoting an unverified bogus claim that Trump hired prostitutes to urinate on a hotel bed slept in by Michelle and Obama. http://bit.ly/2jw9LF2 Yes folks, this is how disgusting and evil the Left’s insanity to block Trump has become.

As I said, at the heart of the Left’s panic, fear and rage is the prospect of Americans liberated from 8 years of Leftists forcing their far-left radical, anti-God, anti-America and anti-traditional values agenda down our throats.

Pray for our president folks. Let’s all join together and hold his hands up high.