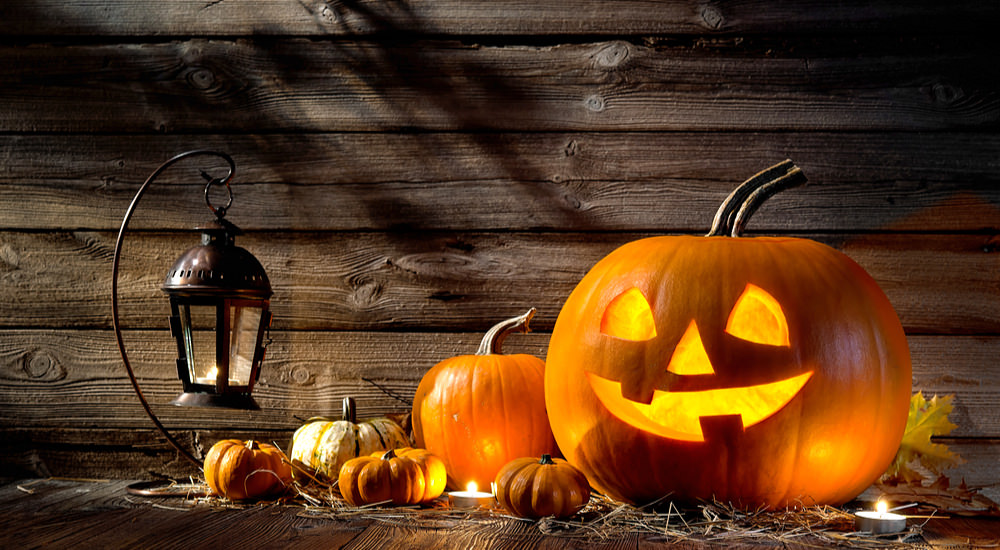 Lucifer was the most glorious angel in Heaven. But, his sin caused God to cast him, and the angels who followed him (now called demons), out to inhabit the earth and its atmosphere. Their task is solely to harm human beings, and Christians in particular. Even moreso, they want to lead children into sin through games and fun… especially through Halloween, children’s TV showing ghouls, demons and ghosts as figures of fun, even depicting them as ‘cute’. There is nothing cute about real demons, ghouls and ghosts! They are agents of the devil and their aim is to destroy humans.

REAL Demons are Out There (and sometimes ‘in here’)

Some liberals deny the presence of demons, but many police testify to the eerie and often wicked characters of some they have to arrest. It is also a fact that many of these liberals willingly watch ghost and phenomena TV programmes. Many of them, too, say they “believe in God” but make no effort to obey what He says.

Of the unsaved, Christ bluntly said: “Ye are of your father the devil, and the lusts of your father ye will do. He was a murderer from the beginning, and abode not in the truth, because there is no truth in him. When he speaketh a lie, he speaketh of his own: for he is a liar, and the father of it.” (John 8:44). Halloween is part of this.

Why do you think much of Jesus’ time on this earth was spent casting out demons? They are real beings, unseen (in the most part) and powerful – far more powerful than any human being! And demons see the unsaved as easy game, a good target. Don’t let this happen to your children. We are thus warned “Neither give place to the devil”. Satan only needs a small chink in our lives to enable him to force his way into our lives.

Satan is a vile opponent and wants you to suffer: “Be sober, be vigilant; because your adversary the devil, as a roaring lion, walketh about, seeking whom he may devour:” He is not on this earth to make you happy, or to help. He wants to devour you… and your children! He will do all he can to turn your children into his future followers, and so will use Halloween as a lever.

Halloween is not innocent, nor is it good for children OR parents, as they ignorantly follow a custom pretending to be fun and games (though many ancients had similar beliefs).

Police in Preston and other cities in the UK have issued warnings to parents to be vigilant, because trick or treaters are frightening people. Some who are turned away throw eggs at windows and doors, or drop fireworks through letter boxes (which is why each year I put a wooden block in the letter box, at Halloween and bonfire night).

A new phenomenon has arisen in the USA – ‘killer clowns’. They wear clown outfits but their face masks are evil-looking. Their aim is to wreak mayhem. One mother in Yorkshire (Daily Mail 17th October, 2016) was attacked by knife-wielding thugs dressed as clowns wearing fearsome masks tried to abduct her baby. Yet, shops are selling ‘killer clown’ outfits. The Telegraph calls it a sick ‘craze’ that is quickly becoming a part of Halloween. It might be a craze, but it very clearly defines the true satanic, evil nature of Halloween.

The Mirror (13th October 2016) reports that children are so terrified by these ‘killer clowns’ they desperately call Childline ‘in their hundreds’. A quarter of the calls come from under 11s. Other reports have come in of ‘killer clowns’ hiding in bushes near schools and along roads. They jump out screaming, wielding baseball bats and knives. Others have threatened children with axes and hammers. Some threaten children online… one young girl was told by the ‘killer clown’ he was going to rape her before cutting her throat.

Kent police had 59 reports of killer clowns in three days this October. Thames police had 14 in just 24 hours. A student wearing a clown outfit ran through Brunel university campus carrying a chainsaw. Another ‘clown’, carrying a machete, was hunted by armed police in woods. Given the horrors of ISIS terrorists, this is far from funny or normal. these reports are growing, and murder will soon follow.

It is said these killer clowns are based on a TV series by Steven King, which had a character called ‘Pennywise’, who was a demonic spirit. This is the closest to truth. All of society is cursed, as Satan’s rule leads us into the final days of this earth, deceiving parents and children.

Even if we leave Christian beliefs out of the whole thing, Halloween is not suitable for anyone, let alone children. It is a death cult activity and carries great harm in so many ways.

Fun… fun… fun. We see face painting everywhere there are kids. Including Halloween, when parents paint their offspring’s faces themselves, completely unaware that they are putting noxious chemicals on their young skin.

Halloween is all about death and violence. “Last October, the teacher of a fourth grade class asked her students to write a short essay on what they would like to do most to celebrate Halloween. Eighty percent of her 9 year-olds expressed the wish to `kill somebody.’ Where do children get such ideas? I believe it is fair to say that they get them from movies or TV.”  (Ann Landers Column).

“All parents ought to be concerned. Halloween is desensitizing our children by its glorification of violence, death, mutilation and gore.” (creatingfutures.net). “Consider for a moment the “Nightmare on Elm Street”, “Halloween”, and “Friday the 13th” film series. They are popular viewing fare at Halloween parties. Who or what inspires these “actors”? Robert Englund who plays mass murderer Freddy Krueger in the “Nightmare on Elm Street” series says he draws his inspiration from the late Ted Bundy, who raped and murdered more than 28 women. Englund told Slaughterhouse magazine, “I just read an article on Ted Bundy, so a lot of my imagery is based on him.” (as above).

“At the least, exposure to sadism, sexual violence, satanism, torture, mutilation and bizarre murders causes our kids to become calloused to these behaviors. But, Harriet Kozkoff, a public TV producer told the press, “Entertainment is a powerful socializing agent in contemporary society. Slasher and horror movies…use violence and sexual arousal to maximize profits and are an inevitable prescription for conditioning sexual sadism into our pre-teen, teenage and young adult film fans.” (as above).

“Every year film violence and real-life violence continues to get worse. We must protest and stop this growing sadism in our homes, schools, and on our streets.” (Dr Thomas Radecki, psychiatrist). Even when the children are only toddlers.

Exposing a vulnerable child to horror can have harmful consequences that run the spectrum from nightmares to emotional damage. In fact, “A tragic by-product of fear in the lives of children as early as preadolescence is the interest and involvement in supernatural occult phenomena.” (Dr. Grace Ketterman, M.D. in her book, ‘You and Your Child’s Problems’).

In this way they enter the sphere of the occult and demons without realising it. A little later they strengthen this link to the occult by listening to black/heavy metal music, playing fantasy role-playing games, watching slasher/horror movies (which can often include sadistic pornography), and reading occult and satanic books.

On ‘Devil’s Night’ (the night before Halloween), countless cases of arson are committed. One USA city had 450 fires on Devil’s Night, lit by young people wanting to liven up Halloween! And many parents encourage their very young daughters to ‘dress like a slut’. WHY? Should not the parents protect their girls? No, instead they push them into sleaze fuelled by adult desires. Halloween is such great fun, eh?