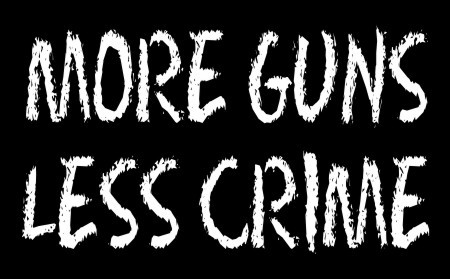 Let me begin with full disclosure: I’m a NC Certified Concealed Handgun and Deadly Force instructor. I conduct handgun training classes on gun safety and for those who wish to apply for a NC concealed handgun carry permit.

Liberals claim there’s a gun epidemic in America. That statement is blatantly false; there is no epidemic. For the record, that’s not my opinion, that’s according to the FBI which reported in a Washington Examiner article on December 5, 2015, that “…murders are at a record low and falling in the U.S.”

Darn, that just doesn’t fit Obama’s narrative or that of local anti-gun citizens of our county, but facts don’t seem to prevent anti-gun advocates from lying or attacking our 2nd Amendment rights.

Liberals and anti-gunners are quick to tell us that guns have been designed to kill people. I, like our Founding Fathers, take the position that guns are designed to defend people. But, Liberals ask, what about all the mass murders, like the gun-caused tragedies at Sandy Hook or more recently at San Bernardino? Doesn’t that prove that America is a “gun-crazy” culture compared to the rest of the civilized world?

No, it does not.  It’s true that America has the highest per capital gun ownership in the world – 90 guns per 100 people, but we don’t even come close to the highest per capita murder (homicide) rate among 218 nations in the world.  FBI statistics in 2012 ranked America #111 in the world with a homicide rate of 4.7 murders per 100,000 people. In 2014, the FBI reported that since 1964, murders in the United States are at an all-time low. Yes, any number of murders is still too high, but there are more details that liberals conveniently overlook when they blame guns for homicides.

While the national average of murders committed with guns is 4.7, and Democrat leadership in DC and beyond want tougher gun laws, I’d like to mention that the murder rate per 100,000 in democratically controlled cities with some of the most restrictive gun laws in the nation, are the reason the murder rate is 4.7.  For instance, in Detroit, the murder rate is 54.6 per 100,000 and if Detroit were a country, it would rank #2 as the most deadly murderous, homicide country in the world, just behind #1, Honduras.

Other democratically controlled US cities with very strict gun control laws and high gun murder rates per 100,000 residents include: New Orleans – 53.2 murders; St. Louis – 35.5 murders; Baltimore – 34.4 murders and the cities of Newark, Oakland, Stockton, Kansas City, Philadelphia, Cleveland, Memphis, Atlanta and Chicago – all controlled by democrats, and all with very strict gun laws range from a “low” of 18.5 to 34.4 murders per 100,000 people in each of those cities. If those cities brought their murder rates by gun down to the national average, America would be among the 5-lowest per capita murder rates in the world.

In 2014, there were 33,000 deaths by gun, but liberals didn’t tell us that 21,000 of those deaths were suicides. Some of the other deaths, as Liberals love to point out, resulted from mass shootings.

Again, it might be important to look at the facts. An October 9, 2014 report from the government’s Crime Prevention Research Center showed that, “92% of mass public shootings between January 2009 and July 2014 took place in gun-free zones.”

Rational people might begin to think that perhaps it’s not the gun but the people holding the guns. Law-abiding citizens follow the rules and buy guns legally; criminal don’t buy their guns at shows or gun stores where background checks are required, and our laws don’t allow us to require background checks or tests for mental illness to legally purchase a gun.

I live in Henderson County North Carolina, and during 2012, overall violent deaths were 30; of these 23 were suicides.

Liberals seem to fear that the increase in gun ownership, even though gun purchases have spiked to their highest levels under Obama, will result in more murders and more crime. The facts just don’t bear that out. However, that doesn’t seem to matter to those opposed to guns in the hands of law-abiding citizens.  They irrationally fear that violence with increasing gun ownership will go up.

Our local area police chiefs and the County sheriff all support gun ownership and concealed carry by well-trained, responsible citizens; one more thing, Americans own between 280-million and 310-million guns of all types – handguns and rifles – and an estimated 12-trillion rounds of ammunition.  Think about it; if more legal guns actually led to more violence, don’t you think we’d know it?