Guns in America: A Locked and Loaded Topic 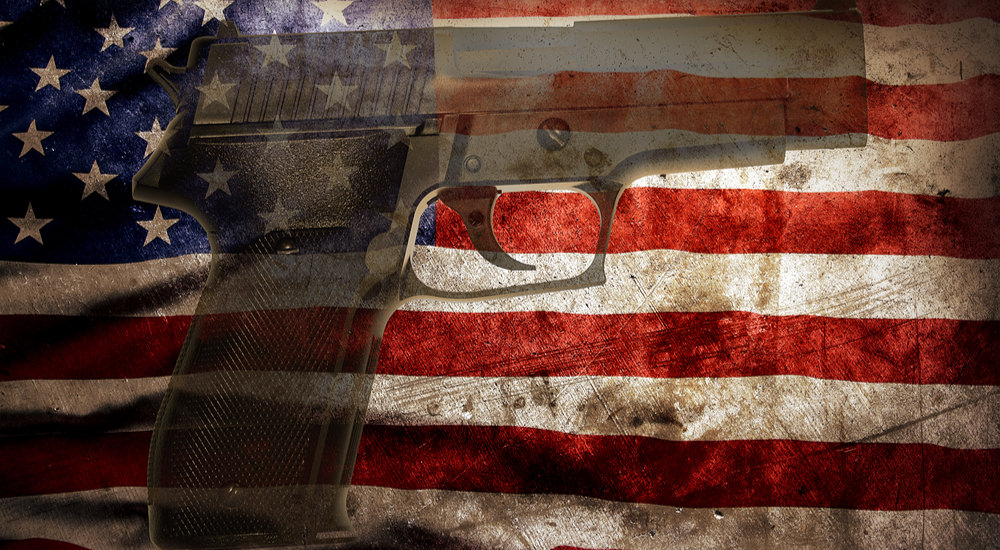 Research shows that Americans’ fears have risen steadily for the past 30 years. While US citizens worry more about protecting themselves from life-threatening problems at home and abroad, statistics say the majority do not feel that owning a gun is the answer, and gun ownership is decreasing.

“Let not your heart be troubled, neither let it be afraid.” (Jesus)

“A well regulated Militia, being necessary to the security of a free State, the right of the people to keep and bear Arms, shall not be infringed.” (Second Amendment of the US Constitution)

“I ask who are the militia? They consist now of the whole people…” (George Mason)

The Constitution shall never be construed to prevent the people of the United States who are peaceable citizens from keeping their own arms.” (Samuel Adams)

“The strongest reason for the people to retain the right to keep and bear arms is, as a last resort, to protect themselves against tyranny in government.” (Thomas Jefferson)

“To disarm the people is the most effectual way to enslave them.”  (George Mason)

“Necessity is the plea for every infringement of human freedom. It is the argument of tyrants; (William Pitt)

◊ The right of American citizens to “keep and bear arms” was first established in the Second Amendment of the US Constitution in 1787. Since then, the US Supreme Court has upheld that basic right on at least 5 challenges from individual states. However, the Supreme Court has allowed some federal guidelines (e.g., the Firearm Owners Protection Act of 1986). It has supported the right of individual states to somewhat restrict certain types of weapons and to implement specific ownership requirements.
Wikipedia. “Second Amendment to the United States Constitution”

◊The number of privately owned guns in the US is estimated at 257 million. About one-third of all households own a gun, but just 3% of the US population owns over half of all the guns, possessing an average of 17 firearms each.
US News & World Report, 9/21/16. Galvan, Gaby. “Majority of guns owned by small fraction of Americans”

◊ There are approximately 240,000 legally-owned, registered machine guns in the US. Half are owned by law enforcement, and the other half by private citizens.

Daily KOS, 12/17/12. “Fully automatic guns in the US are highly regulated, and regulation works”

◊ Republicans are twice as likely to own guns as Democrats.

◊ Ironically, while protection and personal safety are the top reasons given for American gun ownership:

◊ For almost 20 years, National Rifle Association President Wayne LaPierre has been in favor of all 50 states requiring a more accountable system of background checks for anyone wanting to legally own a firearm.

◊ A federal survey of prison inmates showed that of all the criminals who had committed crimes with a gun, only 11% had legally purchased their guns at a gun shop or gun show. 89% had acquired their guns by theft, drug deals, or from family members or friends.

◊ In the last 10 years, 280,024 individuals were killed by guns in the US; more than 60% of those gun deaths were suicides. Notwithstanding the suicides, the US is still one of the most gun-violent nations in the world.

◊ Pre-meditated mass shootings are occurring more frequently in the US, but for the past 20 years, gun murders and violent crime have been steadily declining, even as gun ownership has increased.

The Washington Post, 12/3/15. Ehrenfreund, Max. “We’ve had a massive decline in gun violence in the US…”

◊ High rates of gun crime are found in states that both do – and do not have strict gun laws. There is no provable connection between stricter gun laws and fewer gun-related homicides.

Research shows that Americans’ fears have risen steadily for the past 30 years. (Time Magazine. Rothman, Lily. “Why Americans are more afraid than they used to be”). While US citizens worry more about protecting themselves from life-threatening problems at home and abroad, statistics say the majority do not feel that owning a gun is the answer, and gun ownership is decreasing.

Gun owners, however, are challenging the statistics on gun ownership, claiming that the majority of Americans are armed but don’t register their guns in order to protect themselves from possible government confiscation. Gun control advocates and politicians continue to be puzzled and frustrated because there is no reliable correlation between gun-control laws and lower crime rates.

A long-promoted National Rifle Association slogan offers a possible answer for solving the problems – that create the fear – that make Americans arm themselves for protection.

“Guns don’t kill people; People kill people” is true. Gun deaths are not a stand-alone problem, but rather, the effect of unresolved “people” issues. The number of US gun deaths would immediately drop by half if the following social problems surrounding gun homicides were effectively and publicly addressed at all levels of government and education.