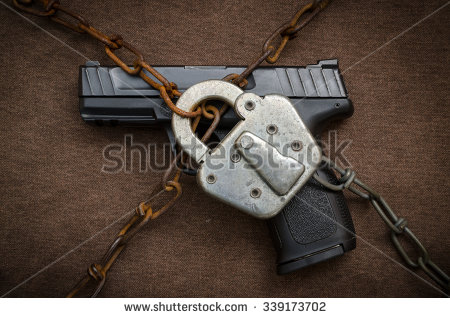 Yesterday the HuffPo continued its assault (pardon the pun) on guns by pretending to be reasonable. Something new for the Huffington Post. But it wasn’t really reasonable. It was just a veiled attempt of the unreasonable to sound reasonable.

The article ,posted as a result of the Santa Fe school murders, is entitled, “Texans On Both Sides Of Gun Debate Agree On Safe Storage, But Not On How To Support It.”They write that the 17 year old took “his father’s pump-action shotgun and .38 revolver, concealed them under a trench coat and walked into an art class before opening fire on students, teachers and a responding school resource officer.”

They added that, “…people from across the political spectrum have stressed the importance of securing firearms to keep minors and others from getting ahold of them without permission,” and that, “If you’re a parent and you own guns, lock your guns safely away,” Texas Lt. Gov. Dan Patrick, a staunch pro-gun Republican, said at a press conference on Friday. “It’s a serious issue and one big step we can take.”See how reasonable we are at the HuffPo. We even agree with “staunch pro-gun Republican, Lt. Gov. Dan Patrick.

Well, if this is what “both sides of the gun debate” think, I’m afraid I have to disagree with them all – because it’s stupid.

If you own many firearms – like most valuables, I understand why you would want to lock them up. But putting a trigger lock on a home defense firearm or locking it in a gun safe is absurd.

First – the whole point of a home defense weapon is to be able to access it, at a moment’s notice, to defend your home and loved ones. An armed criminal is not going to wait around for you to remove the trigger guard or unlock your gun cabinet. He or she isn’t interested in a fair fight. That’s not why he or she is there. Criminals, unless they are psycho, do not want to engage in armed confrontation with a homeowner. They are ill-prepared and likely not very skilled with a firearm. It’s why the bad guys often end up in the hospital or morgue.

And second, a home invasion is about as high stress a situation that any civilian will encounter. Most people don’t perform as well in these situations. You can practice fumbling in the dark all you like with a trigger lock, maybe to the point of comfort – or unlocking that nearby safe. But it’s never going to be the same as when you here someone creeping up the stairs in the middle of the night.

Once the adrenaline starts ramping up in your system, the mind often doesn’t react well. And unlike practice, you know you have only moments to react – and there are no mulligans – no do-overs.

So how about instead of constantly trying to shield our little snowflakes by locking our guns “safely away,” which only reinforces to them how scary they are, we instead, as responsible parents, teach them to respect firearms.

While we’re at it, we can teach our kids to also respect the sanctity of life, the golden rule, their elders and law enforcement.

This will go a lot further than merely locking away the one thing that may save yours and your loved one’s lives.

And as for the reasonable left – they know the Second Amendment isn’t going anywhere, so they are constantly looking for opportunities to limit our access, with increased background checks, limited magazine capacity and such. Locking up firearms is just another. Don’t be surprised if more State or national legislation is proposed to require all guns be secured in the home. Leftist Massachusetts already has such a requirement.