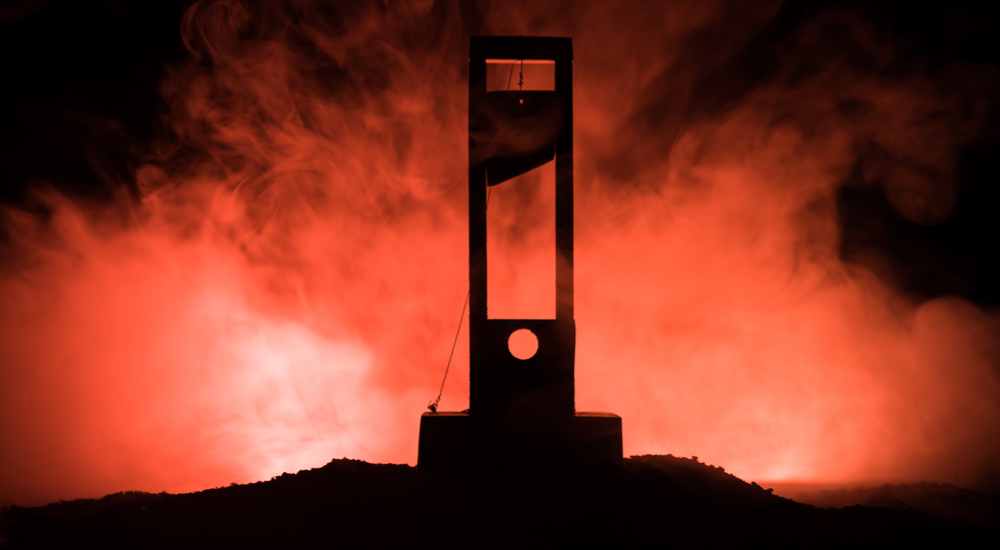 I’m really freaking old. So old in fact that I recall a time in America when people were horrified by the idea of someone getting their head chopped off. Of course, this is not how civilized people behave. Even most governments and certainly every government of a civilized nation does not go around lopping peoples heads off. Remember how shocked and appalled you were when Ned Stark was beheaded at Kings Landing? You know what I’m talking about. Trying to claim that you don’t is like trying to claim you don’t watch Jerry Springer. We all know you do.

Look at us today so many years later. We either blame the victim or just shrug our shoulders because of meh culture. Yes, boys and girls the beheading of a couple of pretty blond tourists is nothing new. Maybe they should have stayed home on their vacation? But wait, Norway probably wouldn’t have been any safer than Morocco. Or as the rock band Train might put it “When there is no place safe and no safe place to put my head”.

There is a crime here. Maybe not the one you think. This crime is a crime of gentle, loving, kind civilized people who wanted to bring the rest of the world up with them. In doing so they surrendered their heritage and culture by assuming that the rest of the world would embrace their generosity. Believing that given the opportunity all people would behave in a civilized manner because that was the true nature of mankind.

These people did not see the graphic pictures and films of women being raped, maimed and murdered in the countries that the refugees came from. It might as well have happened on a TV show. While this kind of thing is commonplace in Africa and the Middle East and Asian, civilized women marched in the streets topless and even naked demanding the end of the patriarchy in the western world. Many of them are the same women who welcomed these savages into their homelands.

It is important to see a young Norwegian girl getting her head chopped off by someone from the part of the world where, if a woman doesn’t put out or even if she does, has a risk of having her head cut off. Of course, it is gruesome. That is why we should be appalled by it. And after watching and you’ve wiped the tears from your face you should be angry. Angry that civilization will be destroyed by these kinds of people and frankly the women who make excuses for them because after decades of demeaning their own men, their own men don’t want them anymore. Let these women see the truth, the real truth of how these poor girls had to die for diversity.

We have now come to the point in the civilized world that we are accustomed to beheading. We are accustomed to hearing about thousands of little girls being captured in their civilized home countries by these exact kinds of people to be sold as sex slaves. No one ever asks what happens to these girls when they get too old or worn out to be good sex slaves any more but my guess is the prognosis isn’t very good. How long before Muslims will be allowed to legally have slaves because it is part of their religion? What other horrors will we become accustomed to in 2019 and the decades that follow?

It is time to act before it is too late.