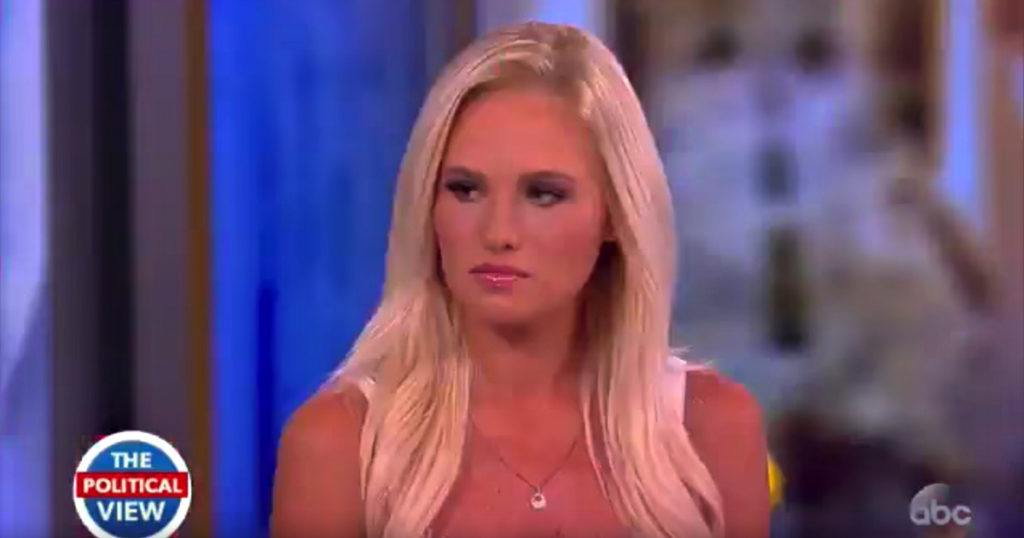 Tomi Lahren became quite popular among conservatives during her time anchoring a show on One America News Network (OANN), she quickly grew too popular for OANN to hold on to.

After signing a big deal to work for Glenn Beck’s The Blaze, Lahren’s relationship with her new network quickly fizzled and she became as well known for havoc behind the camera as for her acerbic opinions on camera.

After parting ways with the Blaze, Lahren’s career was up in the air… but no longer.

Earlier today we learned that the opinionated pundit had found a new home on Fox News.

The cable network announced the hire on Wednesday, saying Lahren will have a “signature role on an FNC digital product currently in development and will also offer political commentary to the network’s opinion programming.”

She’ll start her tenure Wednesday night with an appearance on Hannity.

I am blessed and honored to join the Fox News team. This exciting new step will allow me to give voice to all the America-loving patriots who have had my back since day one. I will remain a solid and passionate advocate for you. Thank you for following me on my journey. I assure you, I will always stand up and speak out for our brave service members, our law enforcement community, our veterans and hardworking Americans from coast to coast. The Fox News digital future is bright and I can’t wait to take it to new heights! There is so much more to come and I am blessed to partner with Fox News on this next adventure. I’ll see you on “Hannity” tonight at 10pmET with more! It’s a good day. #TeamTomi