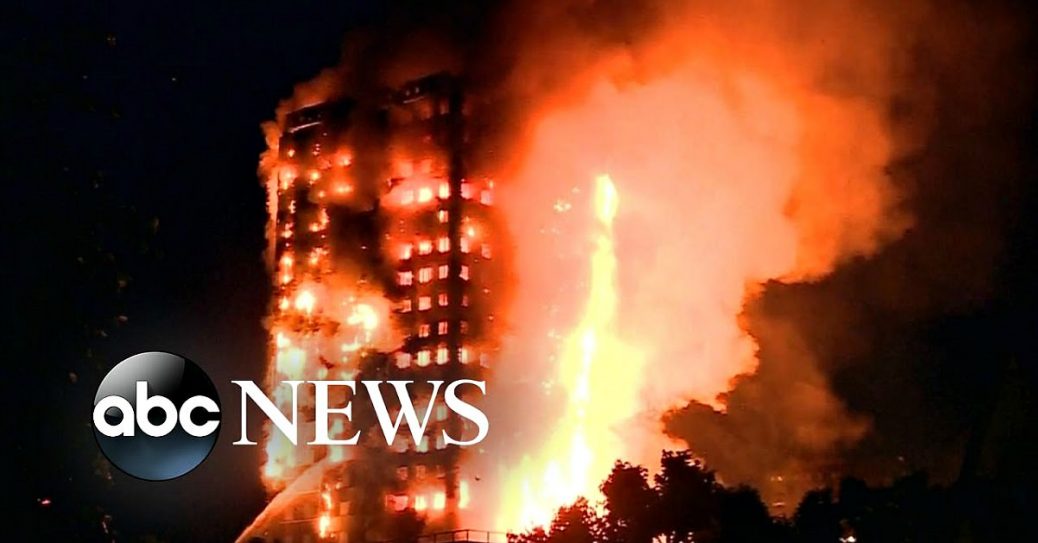 The June 14, 2017 London, England Grenfell Tower Fire with up to 70 dead when the final count is known, may well be the greatest disaster resulting from the false science of the “Ozone Shield” myth that blamed Freon™ gas for destroying said mythical shield with a chemical reaction never observed in nature or in a laboratory. Nonetheless, it earned a Nobel Prize and created a new level of corruption in academia the child of which is “global warming” or “climate change” in the elected ruling class determination to corrupt everything for power and profit.

University of Irvine, California chemists Mario Molina and Sherman Rowland hatched the “Ozone Hole” hypothesis in 1974 in search of a grant there claiming Freon(tm), the finest industrial chemical ever made, was gobbling up the ozone topping the troposphere to block hard ultraviolet light from sunlight and should be banned. The DC elected ruling class saw a power opportunity, more taxes and a bigger EPA bureau so they gave Molina and Rowland in a “seed money” grant of $60,000 to advance the case.

They produced a paper with hypothetical equations thermodynamically dubious, but no one objected and got a Nobel Prize! One million Dollars for a phony fable! The general public does not realize much of science is taught with myths that are not fact because the facts are too complex to teach for most who get chalk on their jackets every day. Nonetheless, this opened the eyes of every US college Physical Science Chairman and nothing has been the same since.

Dupont did not defend Freon™ because the patent had expired and they saw an opportunity for making new, inferior formulations and regain control of the refrigerant market by claiming they would not destroy the “ozone shield” which was easy as nothing could where it does not exist. Anyone with a smattering of intelligence and one course on the atmosphere would know there is very little of anything at the top of the troposphere. Certainly not enough to form a “shield.” Every PhD doing a talk at a garden club only had to put a Calculus expression on the chalkboard, mumble some gibberish and all would think him “a real smart feller” as he tap-danced through the newest myth for money.

The upper atmosphere appearance of “ozone,” which is actually atomic oxygen [O] with a life of about 1/5,000,000th second, comes and goes with the Antarctic sun. All they had to do was be in the right place at the right time, aim a Dobson scope at the zenith, see nothing and claim success! “Free oxygen atoms, aka “ozone,” usually oxides of nitrogen as 78% of the atmosphere is nitrogen.” A free atom of a normally two-atom, “diatomic” molecule cannot ignore such a dance partner. Romance is quick in the dimension of the very, very small.

The “new” chemicals Dupont patented were the same or chemically very similar to those that killed 492 people in the 1940 Coconut Grove dance hall fire from leaky air conditioning equipment using early flammable refrigerants. Ironically, it was this catastrophe forced the development of Freon™ with no flammable hydrogen! All the new replacements do have hydrogen that can peel off with heat to become atomic hydrogen, [H] which just about the nastiest stuff known. A directed beam of it cuts through a diamond like butter.

Molina and Roland postulated a mythical “Ozone Shield,” which is a patent lie as gasses cannot form surfaces, and every physical scientist knows it. Ozone is made throughout the atmosphere when hard UV hits O2 and makes temporary oxygen atoms or “ozone.” It happens all the way down to 5,000 feet and it becomes the brown layer Los Angeles people call “smog.”

One press report we have not been able to confirm says the Grenfell Tower fire began in a second floor refrigeration unit which is consistent with a fear we have expressed for 30 years. Thanks to Molina and Rowland, Federal grants, and panic pushing science, every refrigerator in America is now a time bomb waiting for seals to fail so it can leak combustible gas into the air. Where many refrigerators are programmed for de-icing at night they are more likely to burst seals then, fill your kitchen with flammable gases and go “ka-boom!”

Gas explosions are the most destructive kind and known in weapons technology as “Poor man’s atomic bombs,” because the flame front accelerates unrestrictedly to form a lethal shock wave exceeded only by nuclear weapons. In this case there apparently was no explosion but an intense fire; one sufficiently hot enough to ignite the aluminum siding forced on the building by environmentalists to save heat thereby reducing mythical “greenhouse gases.”

While it takes a very hot flame to ignite aluminum, once under way it is very difficult to stop as it puts out so much heat it becomes its’ own oxidizer. Small amounts of water feed it dissociate unless the amount is enormous, and that never comes from ordinary fire fighting equipment. CO2 blankets work, but again, that takes huge amounts of CO2 and they are dangerous to personnel.

The question now is, “Will our government tell us the truth?” Will they give us enough information to come to the realization we were lied to for money and power or will they smooth it over with a cover story ignoring your kitchen time bomb with more science-sounding gibberish? They will never bring back Freon™ which is the solution. That would diminish their power.